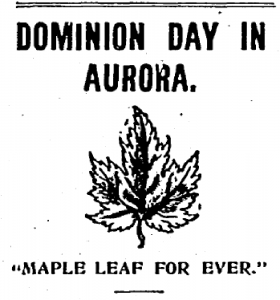 One of the larger planned events in the park happened on July 1st, which was originally celebrated as Dominion Day throughout Canada.

In 1891, the Aurora Lacrosse and Bicycle Club decided to hold a “Monster Celebration” in Town Park for Dominion Day. The program consisted of lacrosse and football matches, foot and bicycle races, and an evening concert in the Drill Hall. The morning train, and later the York Radial Railway, would bring visitors to Aurora where they would be met by the local band who would escort them to Town Park.

Between 1891 and 1913, local organizations such as the Bicycle and Lacrosse Club, 12th Battalion, Sons of England and the Fire Brigade would take turns arranging the Dominion Day celebrations. Despite the change in organizers, the core events would remain consistent: sport matches, races, an evening concert and fireworks. 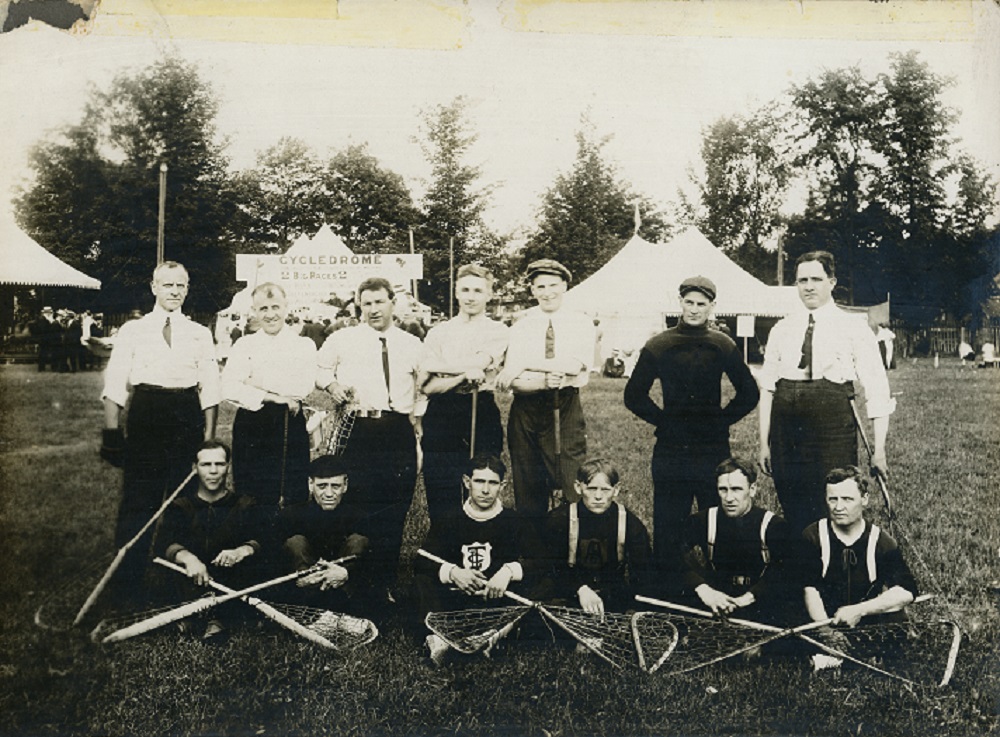 The Sons of England (S.O.E.) organized the 1900 celebration, which brought in a record 6000 people. Admission to the grounds was free and when speaking about the visitors, the Aurora Banner (July 6, 1900) remarked,

They came in on bicycles, in buggies and wagons and on foot until one began to wonder where they all came from. 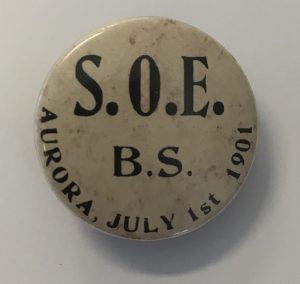 The day’s events included sport games and races as well as a sham fight between the British and the Boers, which required an improvised ending because the crowd in the Park was much larger that anticipated. The day ended with a thousand people attending the dance in the Drill Hall.

A Place to Gather Carnivals and Mammoth Firework Demonstrations