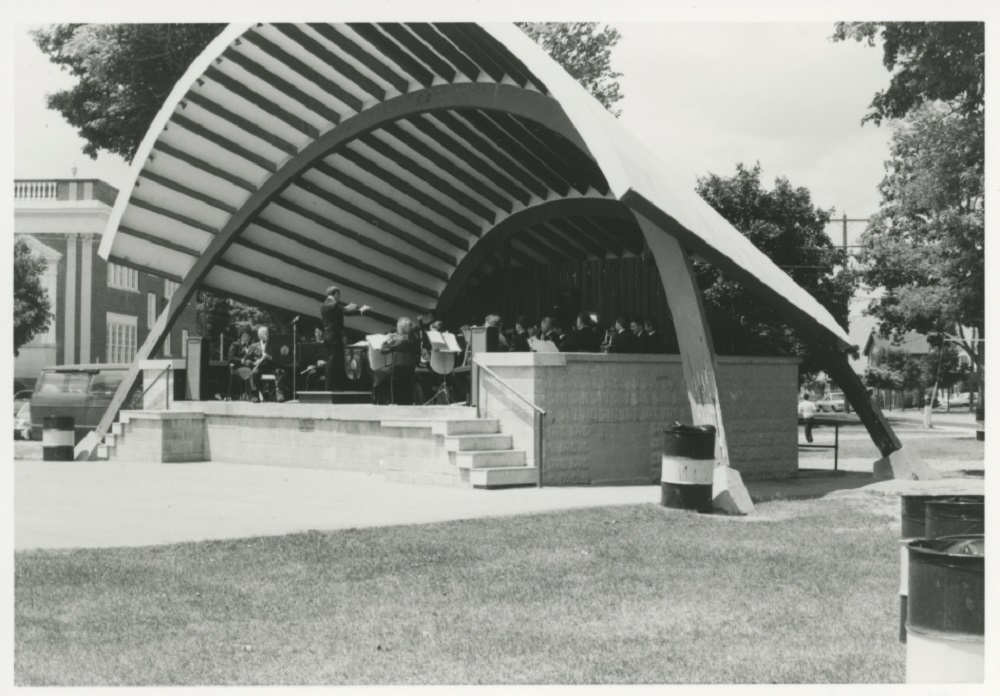 Live music in Town Park is as old as the park itself.

Throughout the park’s history a combination of permanent and temporary pavilions, platforms, bandstands, and band shells have been built so that musicians had an adequate performance stage.