In the early 1920s rich gold and copper deposits drew thousands of people to Rouyn Township. To accommodate them, two new towns sprang up, Rouyn and Noranda. 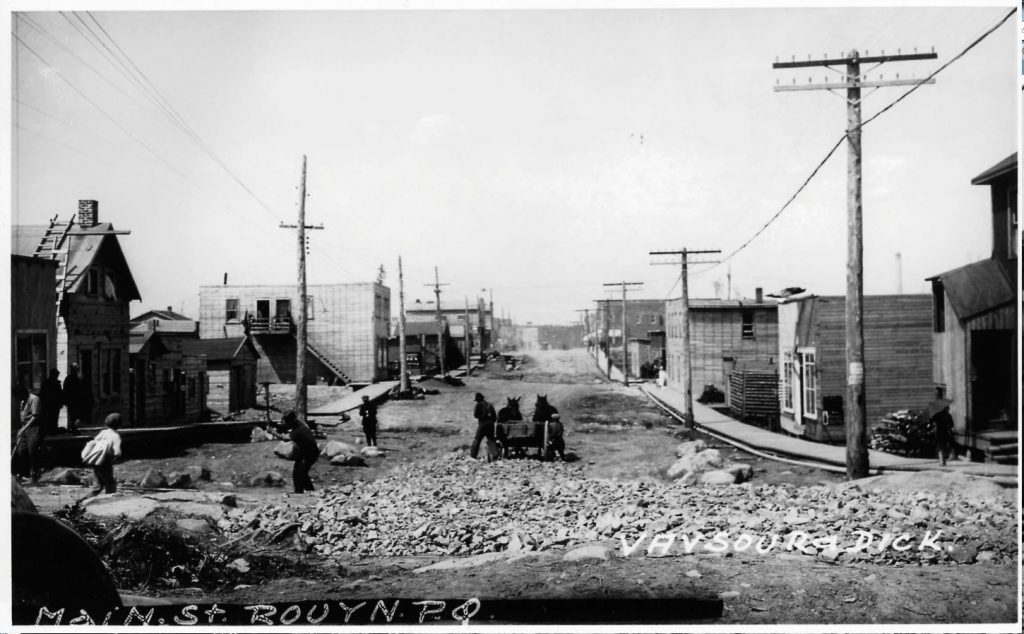 Rouyn was the main lodging site for prospectors, mine workers, adventurers and traders. The settlement was a distance from the mine, across Lake Osisko. It was fast-growing and harboured many illegal businesses. 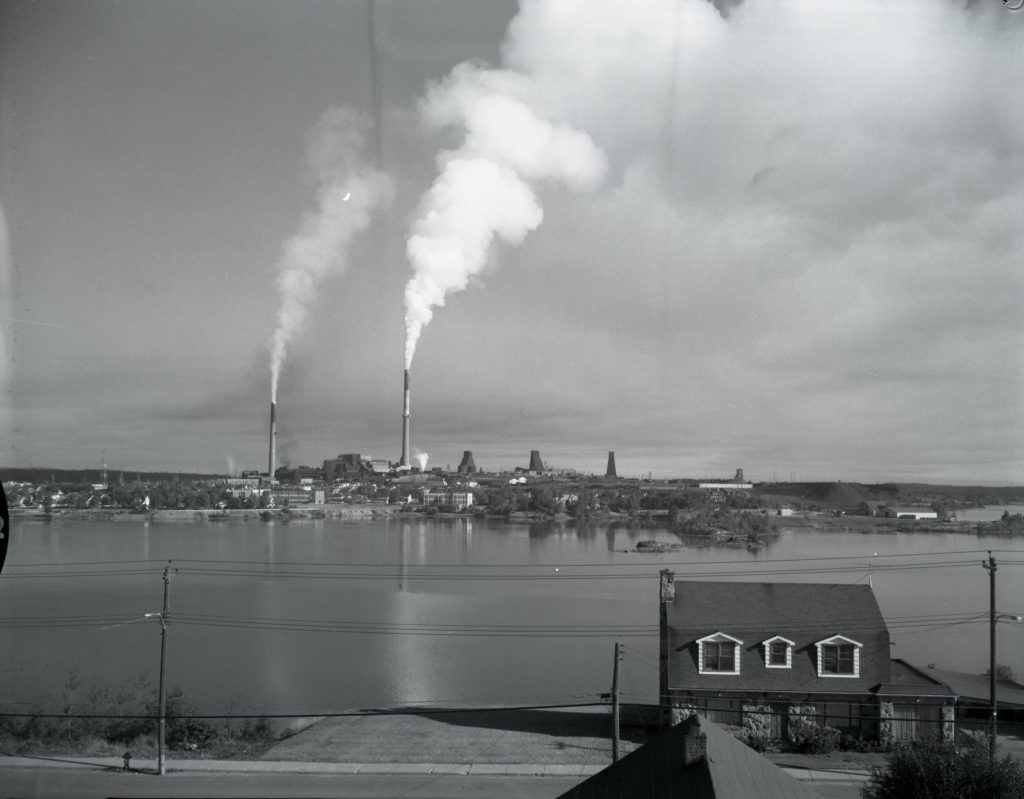 Noranda Mines Inc. opened the mine and built the foundry and company town bearing its name. Every aspect of public life was under company’s control, including the development of its town. 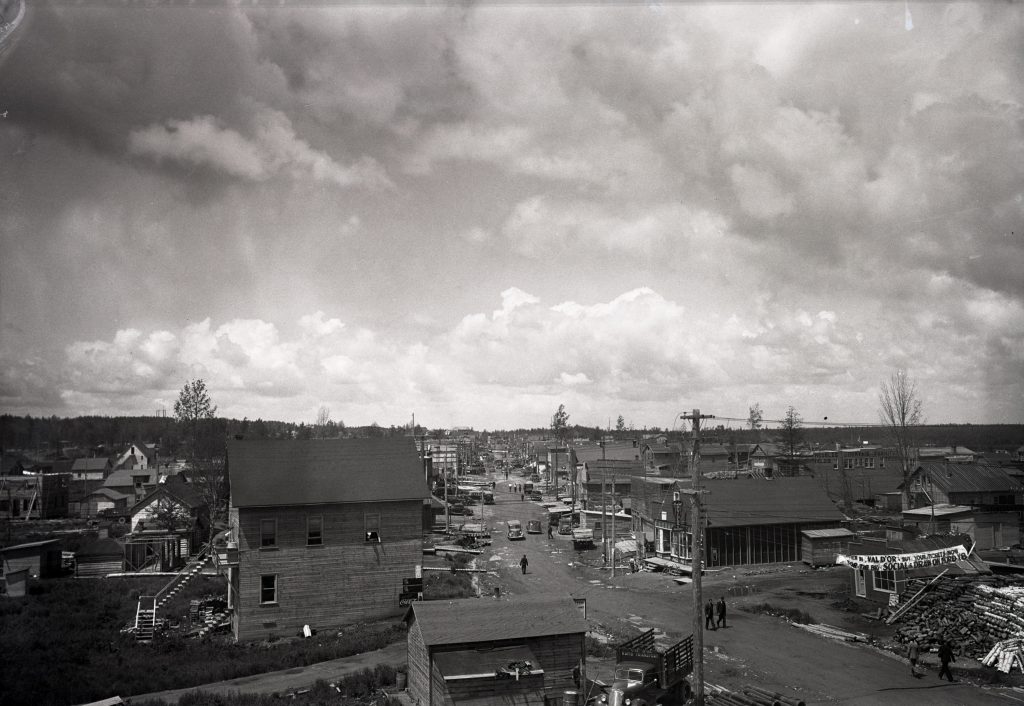 View of the town of Val-d´Or town from the rooftop of St-Sauveur-les-Mines Cchurch in 1937 (BAnQ Rouyn-Noranda, Canadian National fonds).

In the midst of the Great Depression, in 1934, the President of the United States of America increased the price of gold. A gold rush ensued farther east of Noranda. Two towns surged in the newly-opened mining district: Val-d´Or and Bourlamaque. Val-d’Or, like Rouyn, was a squatter encampment. Bourlamaque was a company town modeled on Noranda. 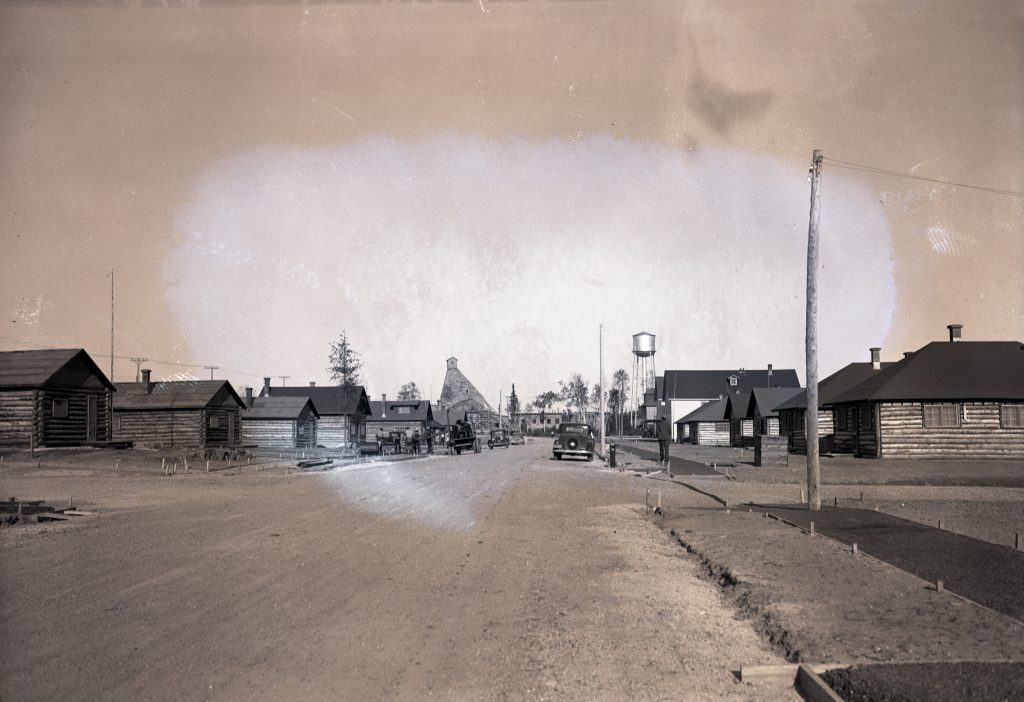