In the early 1920s, only indigenous peoples and a few prospectors searching for gold travelled in Fournière Township. But by 1937, more than 400 people were working in Malartic mines. 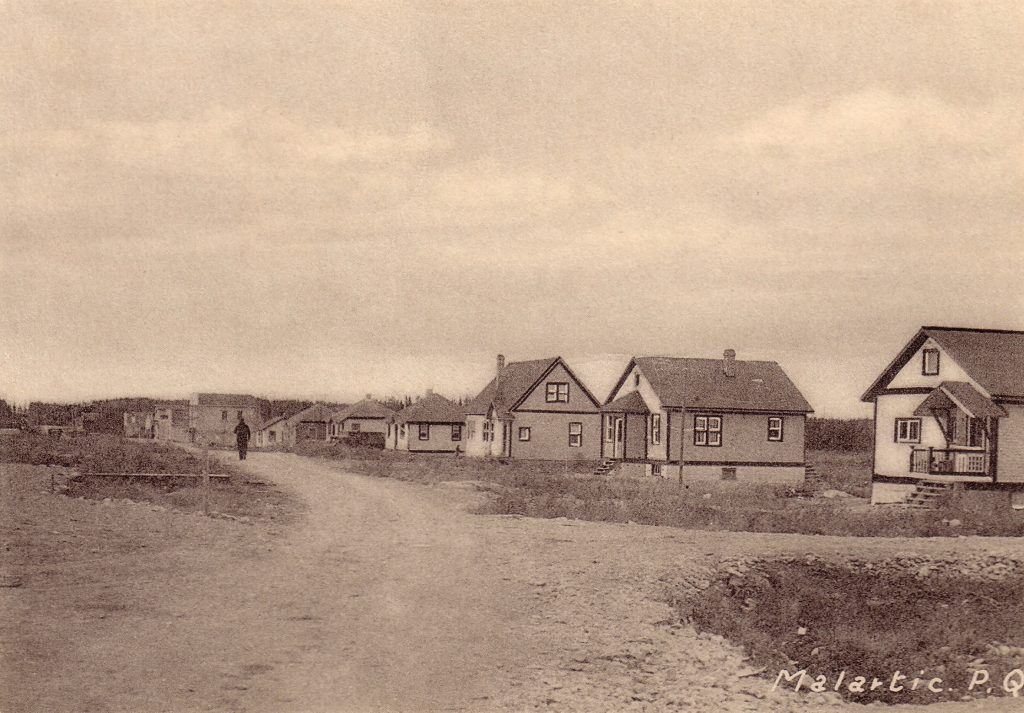 Since there were no towns nearby, mining companies had to house their own workers. Small camps appeared on the outskirts of mines under development. In 1933, Canadian Malartic Gold Mines started building its own village. It was located near the mine’s industrial infrastructure.

Executives lived in company-owned houses. Workers, many of them immigrants from Eastern Europe, lived in cramped dormitories. The village had a pharmacy, a grocery store, and a post office. There was even a school for the children. The company provided the building and the miners chipped in to pay the teacher.

The Discovery of Gold in the Township of Fournière Roc-d’Or, The Squatter Village