Roc-d´Or is in the Abitibi-Témiscamingue region in Northwestern Quebec. For thousands of years indigenous peoples lived on the land. Later, the land was colonized by Europeans. 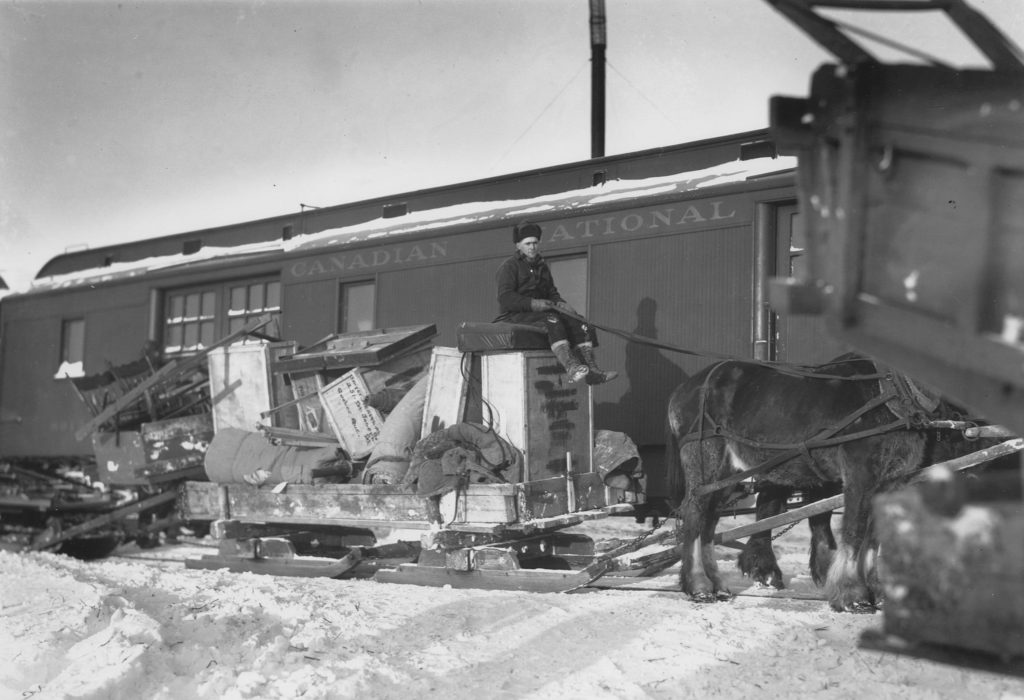 A settler transporting his goods from the train to Laferté village in 1933. (BAnQ Rouyn-Noranda, Canadian National fonds).

Until the mid-19th century, only fur traders and missionaries travel in the area. The first homesteaders then start settling on fertile land along Lake Timiskaming. As construction of the National Transcontinental Railway begins in the Abitibi territory, settlers arrive and agricultural parishes spring up. 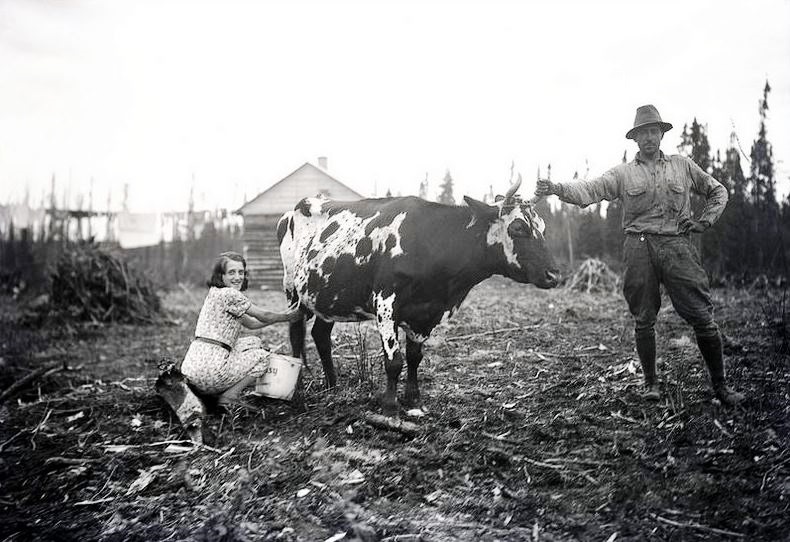 Coordination between the Quebec provincial government and the Catholic clergy is important. Dozens of parishes and towns take shape along the railway. Living conditions are harsh. Subsistence farming helps the families to survive, but it’s not enough. Men have to work as lumberjacks during the winter to make ends meet.

Annette Noël recounts her arrival in Abitibi in September 1939:

To fight the Great Depression in the 1930s, governments set up Colonization Plans. Some 15,000 newcomers settle in Abitibi and 7,000 in Témiscamingue. Still, these two large agriculture and forestry regions remain isolated and population scattered. 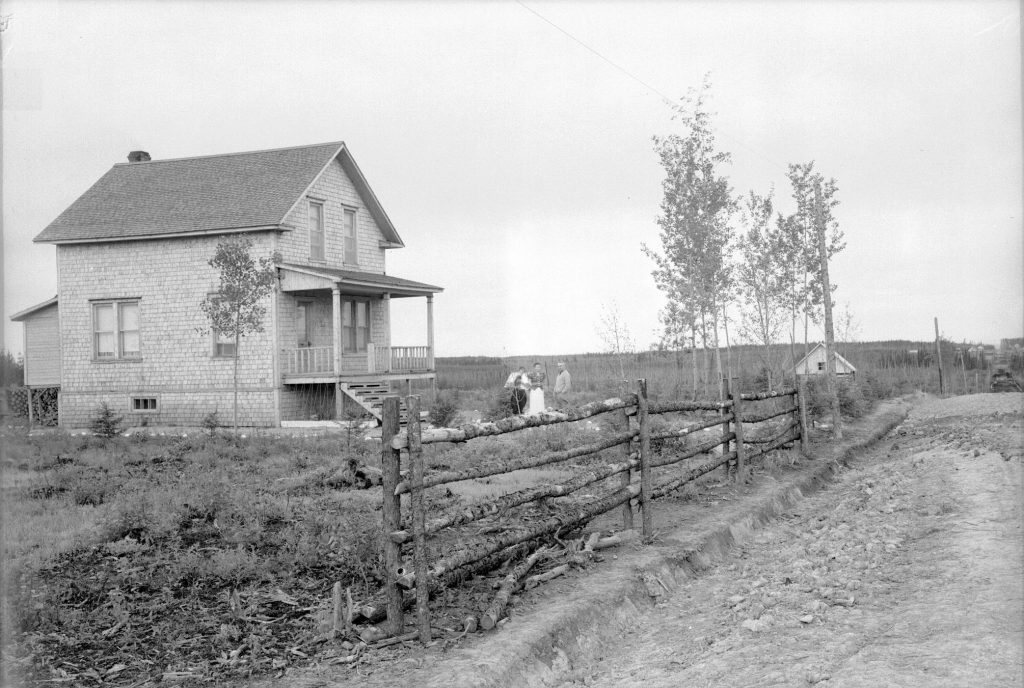