Despite this awful reputation, there were not very many clandestine types of operations, but if there were, they remained quite discreet. In fact, there were quite a large number of legal and legitimate businesess operating along the main street. At the time, Roc-d´Or was the main service center of its area.

Besides its many restaurants, Roc-d’Or had five grocery stores. Three operated by French Canadians, one by a Jewish family and another by a Romanian and his mother. There was also the bakery ran by the Massicotte brothers. They produced some 500 loaves of bread a day. 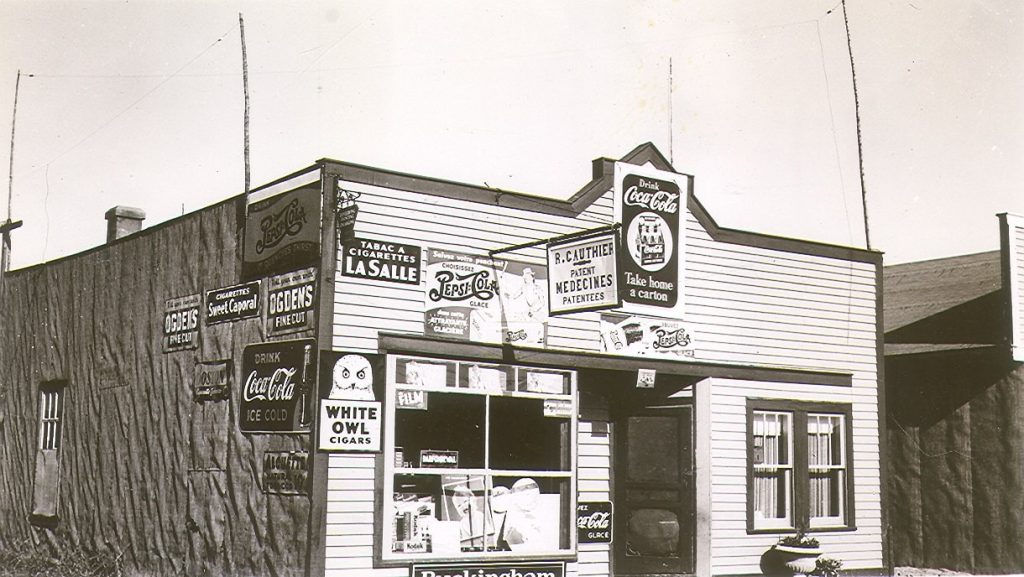 Aside from a pharmacy and a barbershop, there was a taxi stand, a shoe repair shop, and a second-hand store. One resident, considered to be one of the village’s leaders, owned a general store. There was also a shop for doors and windows, a forge, a hardware store, two sawmills, and two service stations.

At the end of 1938, a Roc-d’Or resident requested permission to build and operate a cinema. The permit was not granted. The reason being that “le Département des Mines [Quebec’s Department of Mines] is in deep opposition”. Finally, there were many hotels, including Hotel Saint-James. They could accommodate the large number of people passing through the area. 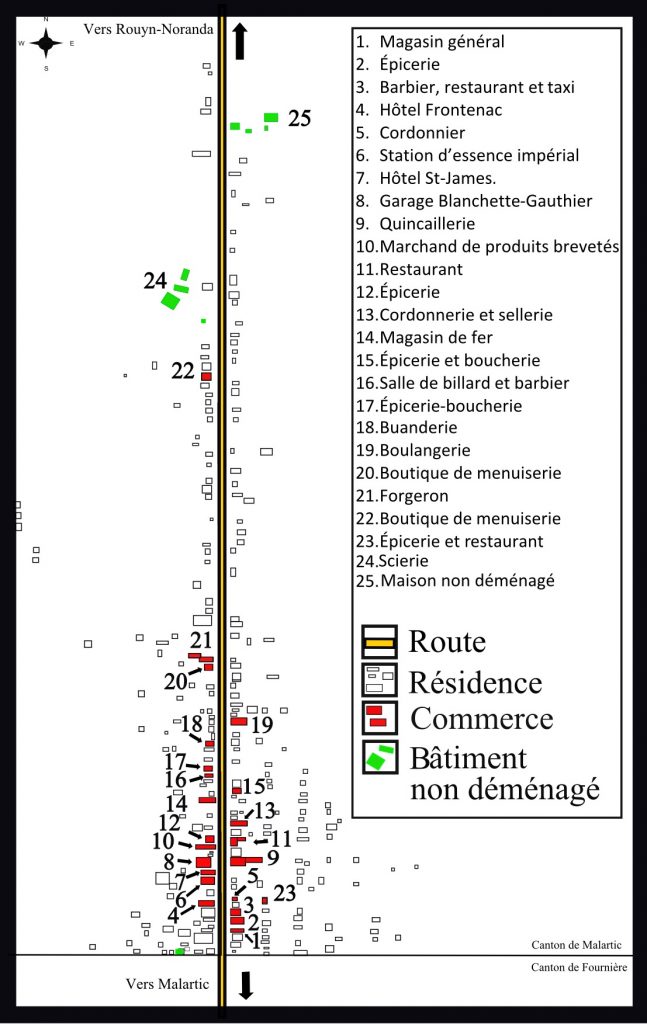