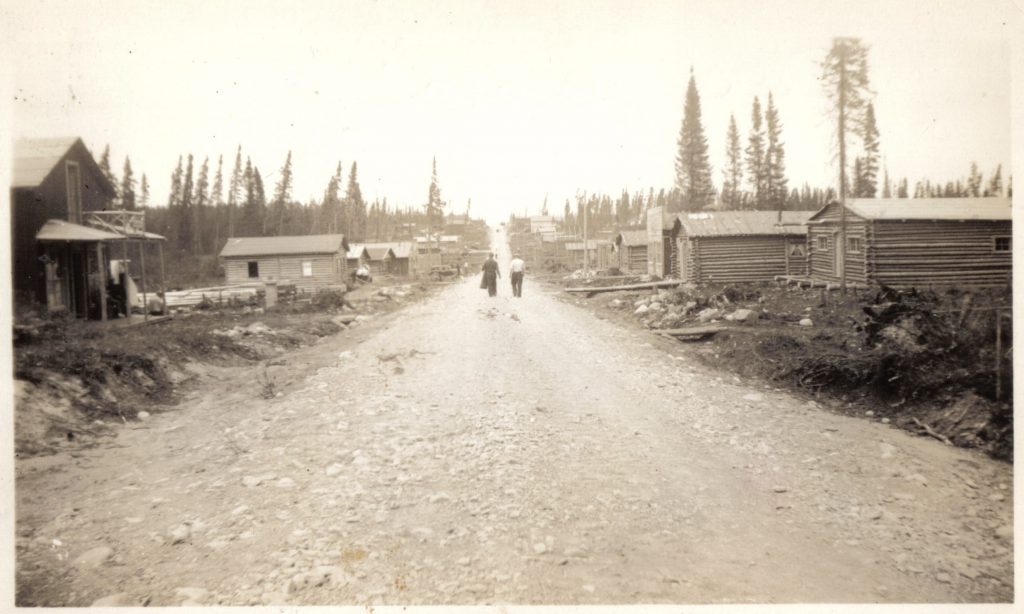 It was in the spring of 1936 that the squatter village of Roc-d’Or (then known as village Saint-Louis) started to form on public lands. Located at the northern limit of the Malartic mining company claims, along the mining road from Val-d´Or to Rouyn, the village’s population grew quickly. 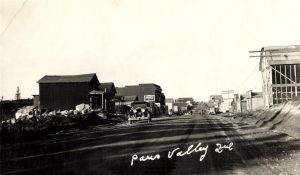 A village with many nicknames including “Paris Valley”, Roc-d’Or circa 1938 (BAnQ Rosemont-La-Petite-Patrie, Postcards).

In 1942, the majority of Roc-d´Or’s 266 buildings line the main street, which is little more than 1.6 km long. Other, more or less aligned, houses are forming  side streets. Roc-d’Or resembled other fledgling mining towns with unpaved streets and no sidewalks. People waded through mud at the slightest downpour. Dry weather brought clouds of dust. 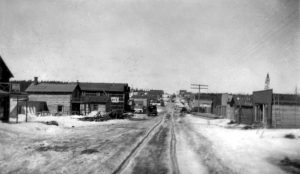 Roc-d’Or had no sewage system and untreated wastewater emptied into cesspits. Pools of standing water stagnated everywhere around buildings. Since there was no water supply system, inhabitants dug wells.  These wells were often located near cesspools, and several became contaminated.