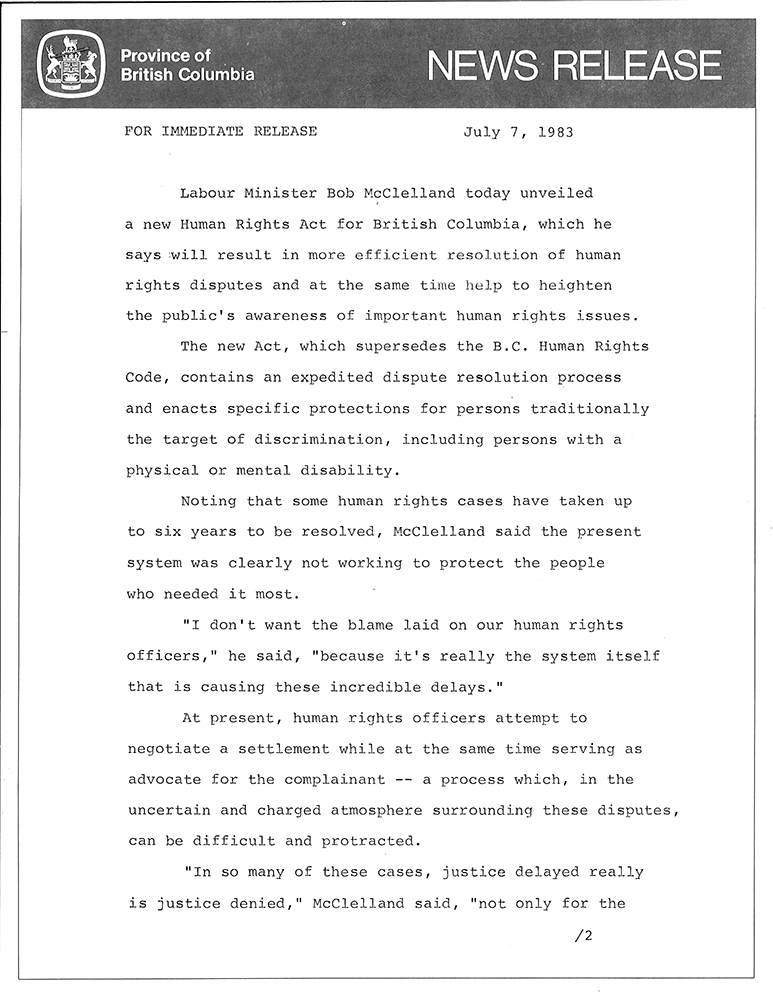 Labour Minister Bob McClelland today unveiled a new Human Rights Act for British Columbia, which he says will result in more efficient resolution of human rights disputes and at the same time help to heighten the public’s awareness of important human rights issues.

The new Act, which supersedes the B.C. Human Rights Code, contains an expedited dispute resolution process and enacts specific protections for persons traditionally the target of discrimination, including persons with a physical or mental disability.

Noting that some human rights cases have taken up to six years to be resolved, McClelland said the present system was clearly not working to protect the people who needed it most.

“I don’t want the blame laid on our human rights officers,” he said, “because it’s really the system itself that is causing these incredible delays.”

At present, human rights officers attempt to negotiate a settlement while at the same time serving as advocate for the complainant – a process which, in the uncertain and charged atmosphere surrounding these disputes, can be difficult and protracted.

“In so many of these cases, justice delayed really is justice denied,” McClelland said, “not only for the [page ends]