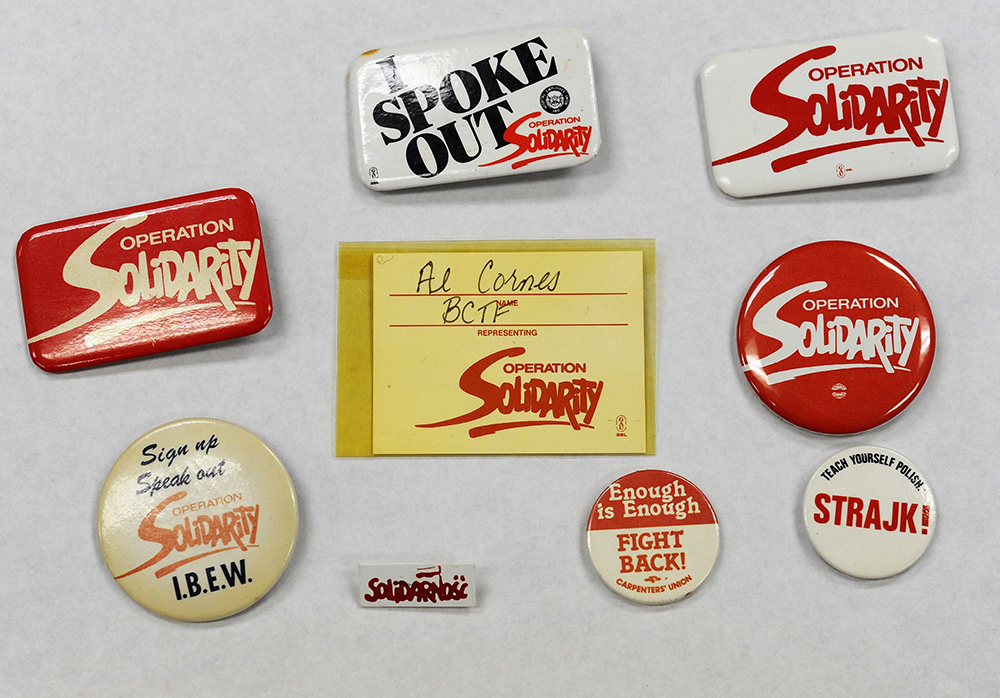 Red and white Operation Solidarity buttons echoed the independent Polish union “Solidarnosc” which had been banned in 1982.

Enamel pins were produced for each of the main unions and the coalition involved in the 1983 protest. The pins were intended to show that support for Solidarity would be permanent and ongoing. They became collectors’ items for the movement.

Businesses and offices were encouraged to display signs showing their support for Operation Solidarity. Bumper stickers and hard hat stickers were also produced.