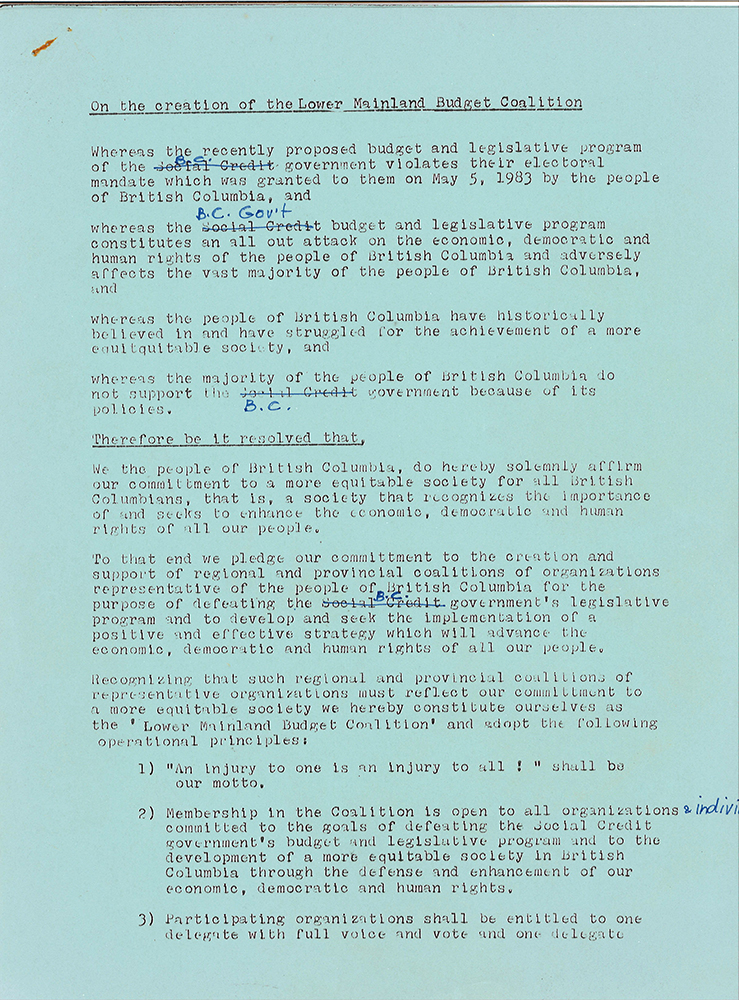 Father Jim Roberts [00:00:00] And then on the 7th of July, I’m straightened out now, the budget came down, and it was either the next day or the 9th, I was contacted by people to attend a meeting at the Fishermen’s Union hall on Cordova Street. And it was people associated with that union, the Fishermen’s union who called the union and called me. But the meeting was chaired by George Hewison, who was the secretary treasurer of the BC Fishermen’s Union at that time. And there are all sorts of odds and sods there. You know, people like myself, who didn’t have any real expertise in these matters but were known to be in some way interested and involved in social and economic issues. And so it was decided that we would establish a Coalition.

[00:00:54] I was the only clergy person there, I believe. And so somebody said, well, some woman whose name I can’t remember right now, one of the odds and sods like myself, she was another one, that I should be responsible for contacting the churches. I started then and I kept on for several weeks later trying to tell them that churches, it’s not the right word, because Jews don’t go to church, Muslims don’t go to church, Hindus don’t go to church, they go to various other things. And therefore, we’ve got to talk in terms of religion. Well eventually, after you know, the broken record here, they eventually got the message.