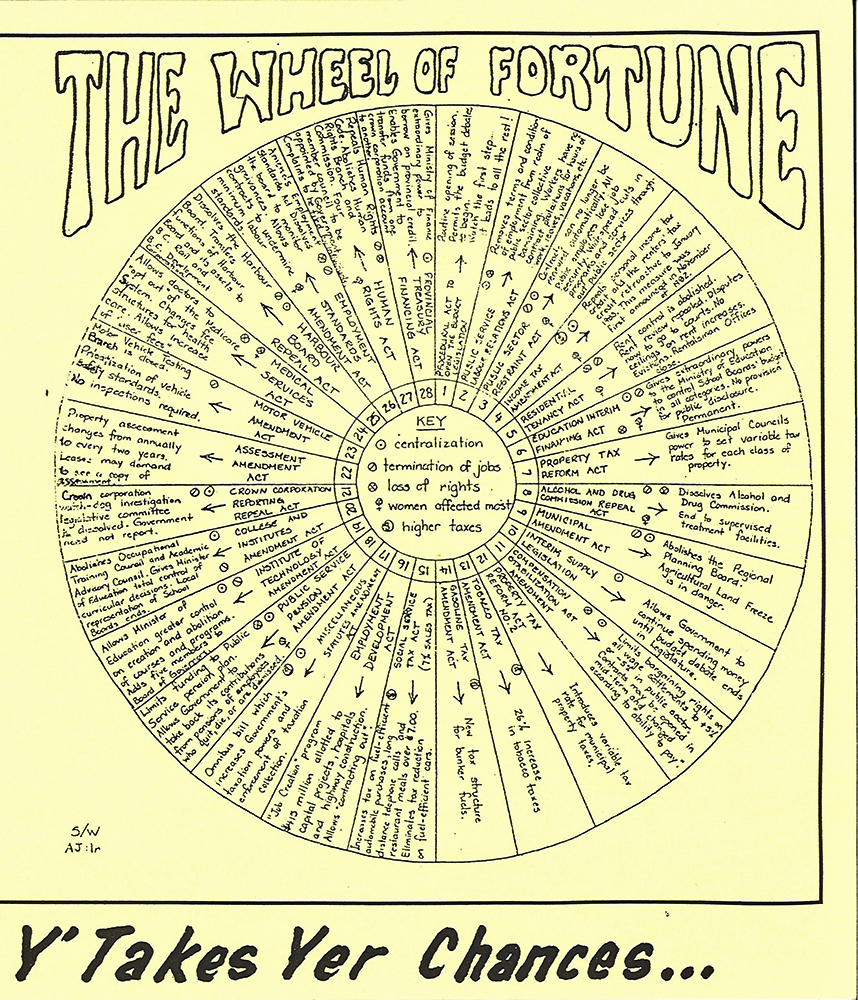 As cabinet ministers rose in the legislature on July 7, 1983 they introduced 26 new pieces of legislation as well as a budget slashing social programs and labour rights.  No government in Canada had ever before delivered such a massive assault on rights.

THE WHEEL OF FORTUNE

1 PROCEDURAL ACT TO OPEN THE BUDGET LEGISLATION [arrow points right] Routine opening of session. Permits the budget debate to begin. Watch the first step – it leads to the rest!

11 COMPENSATION STABILIZATION ACT AMENDMENT [arrow points right] Limits bargaining rights on all wage settlements to plus 5 percent or minus 5 percent in public sector. Contracts may be opened in mid-term and changed according to “ability to pay”.

19 INSTITUTE OF TECHNOLOGY AMENDMENT ACT [arrow points left] Allows Minister of Education greater control on creation and abolition of courses and programs.  Adds five members to Board of Governors.

25 HARBOUR BOARD REPEAL ACT [arrow points left] Dissolves the Harbour Board. Transfers functions of Harbour Board and its assets to B.C. Rail and B.C. Development Corporation.

and Commission. Four member council to be appointed by Government. Complaints to be filed [illegible].