Still settled here in our camp in the Haute-Mauricie, let’s turn our attention to the forest—that invaluable resource whose fate is closely linked to that of the Saint-Maurice. Businesses both large and small recognized the advantage of using the river to transport timber, essentially jack pine and spruce. 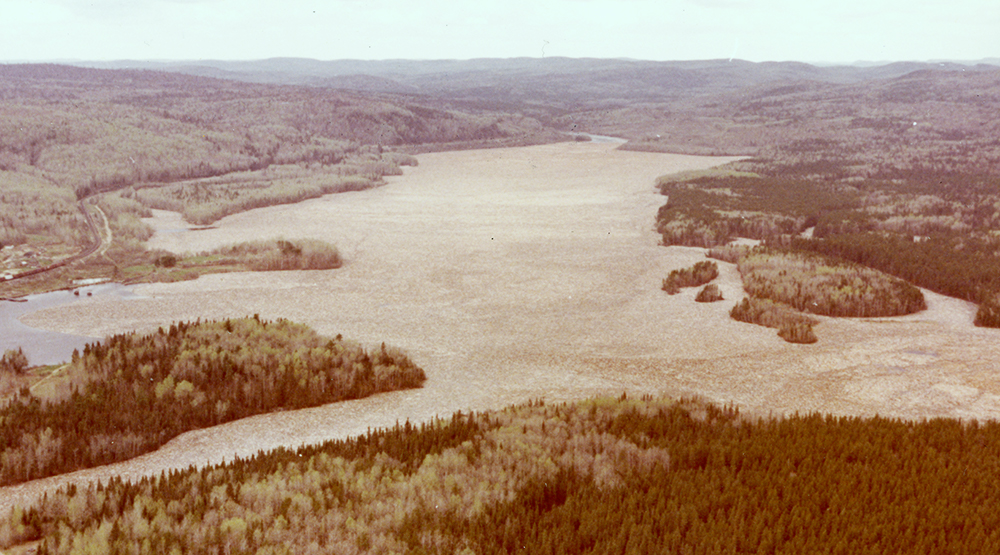 In 1831, the government of Lower Canada began granting forest lands in the Shawinigan area. It was the beginning of the lumber era. Squared timber was produced to build ships. A few decades later, the lumber industry developed into a key supplier of the residential construction sector. 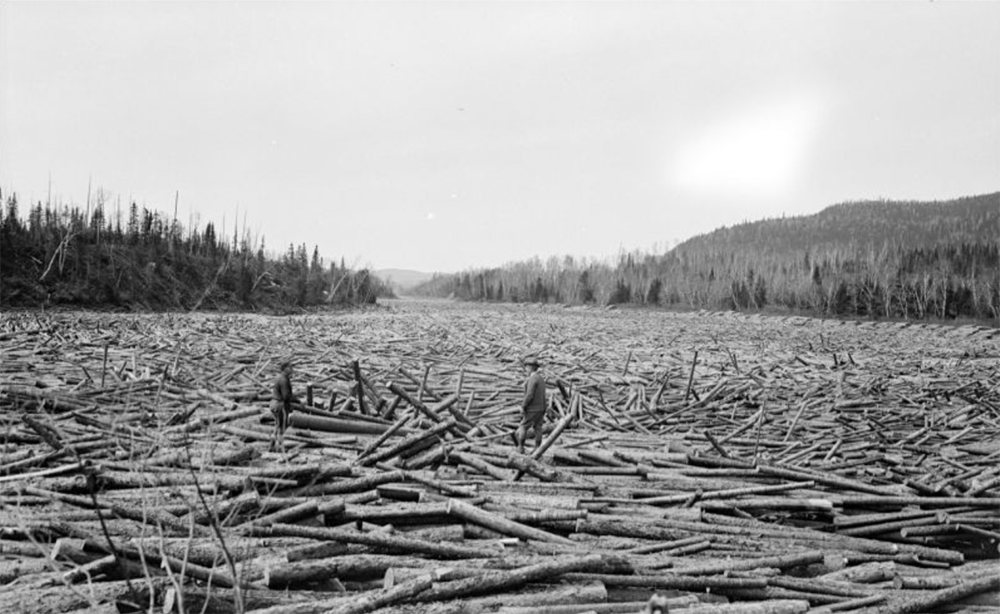 A major problem before 1850, however, was how to transport timber on such a changeable, unruly river with its uneven flow? Logs were swallowed up by the falls, and getting them through the rapids was no easy task. 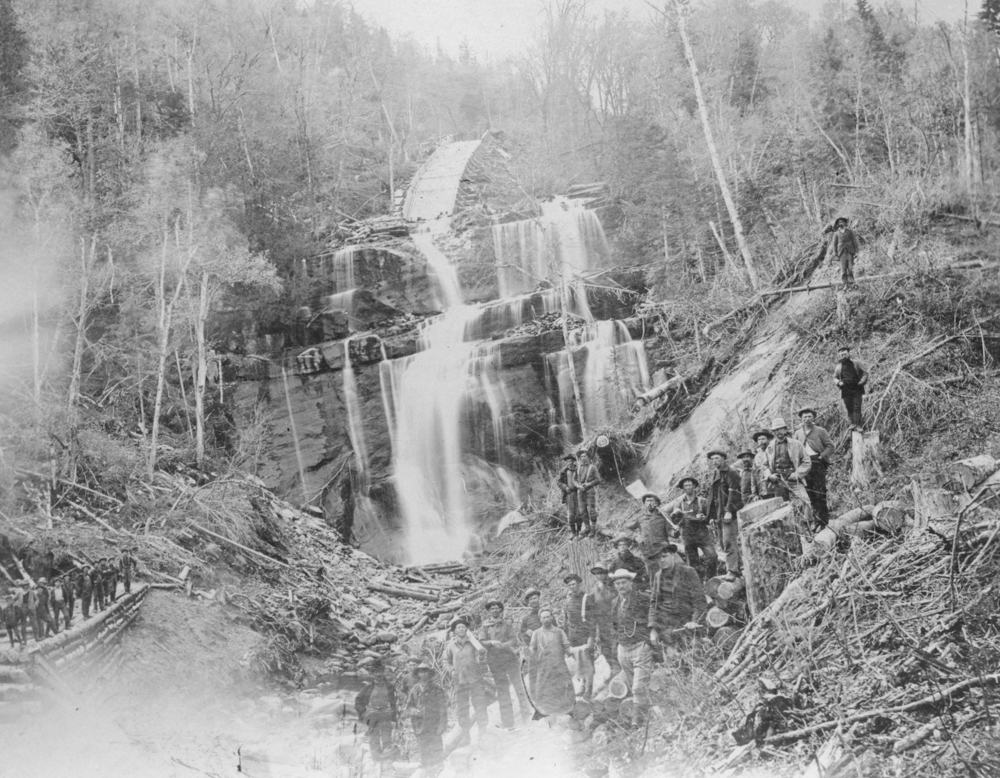 Construction of a timber slide in Haute-Mauricie

Resourcefulness of the People of the Mauricie

It takes courage to rise to this kind of challenge. In 1851, the colonial government approved a budget to carry out work to facilitate timber rafting on the Saint-Maurice.

The river was dredged, and rocks were removed. In the Haute-Mauricie, dams and locks were built on the tributaries of the Saint-Maurice. To bypass the Shawinigan, Grand-Mère and La Tuque falls, dikes, booms and timber slides were built. 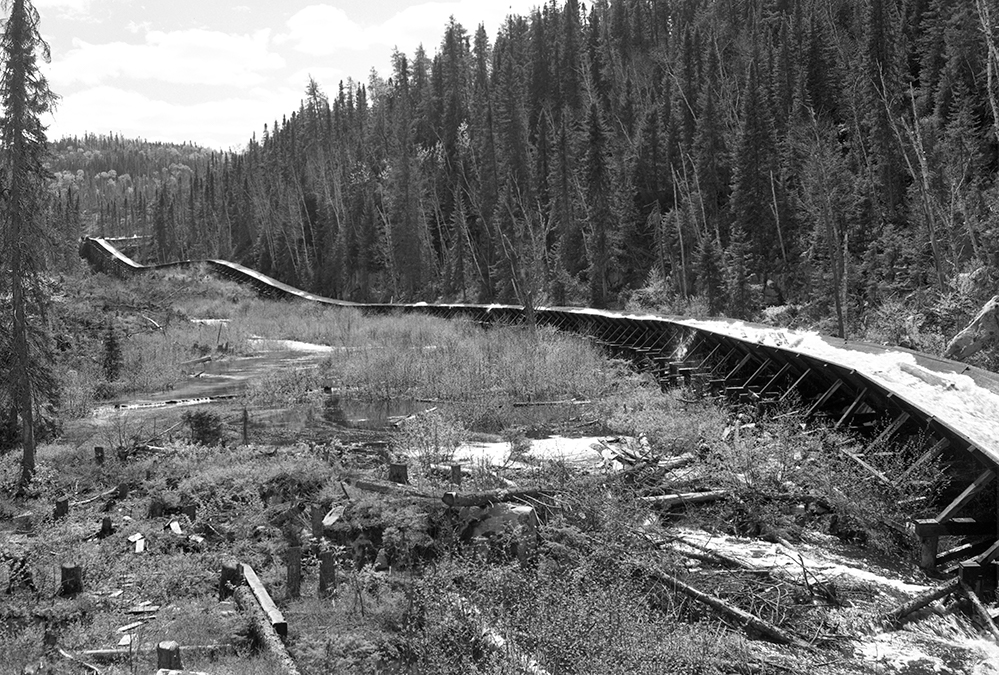 Timber slide near the Matawin River in 1948

Antonin Zaruba, a retired Hydro-Québec engineer, recalls how dams were built on the tributaries of the Saint-Maurice:

The number of small wooden dams in the Haute-Mauricie was mind-boggling! They sent a bunch of loggers out into the woods, and what they did was they cut down trees and built a wooden dam. 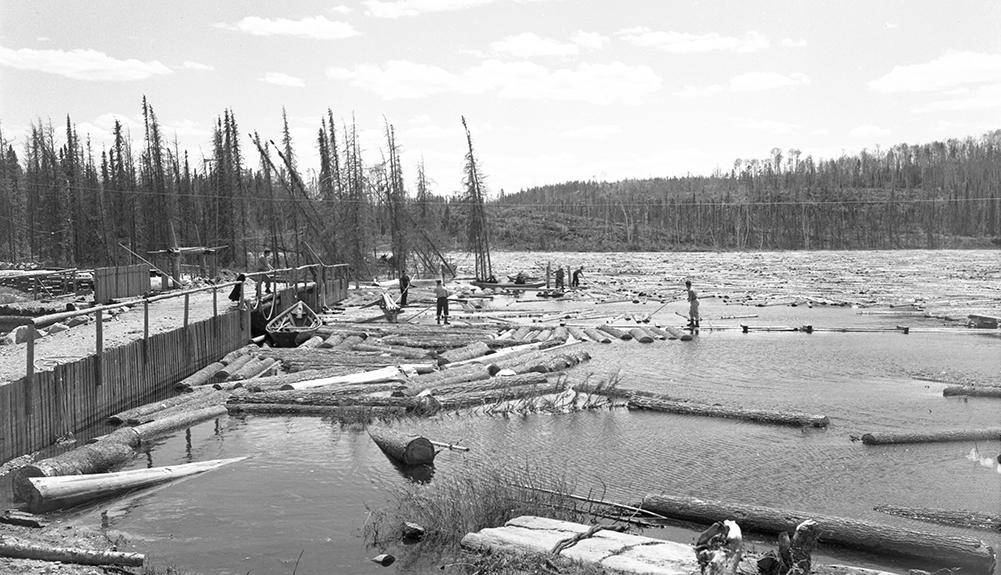 They chopped down the trees all around, tossed them into the reservoir they’d created with the little dam, and, in the spring, when the thaw came, they opened the gate, and down went the logs. They were pretty smart. Those dams, there were, there were … something like 96 of them! 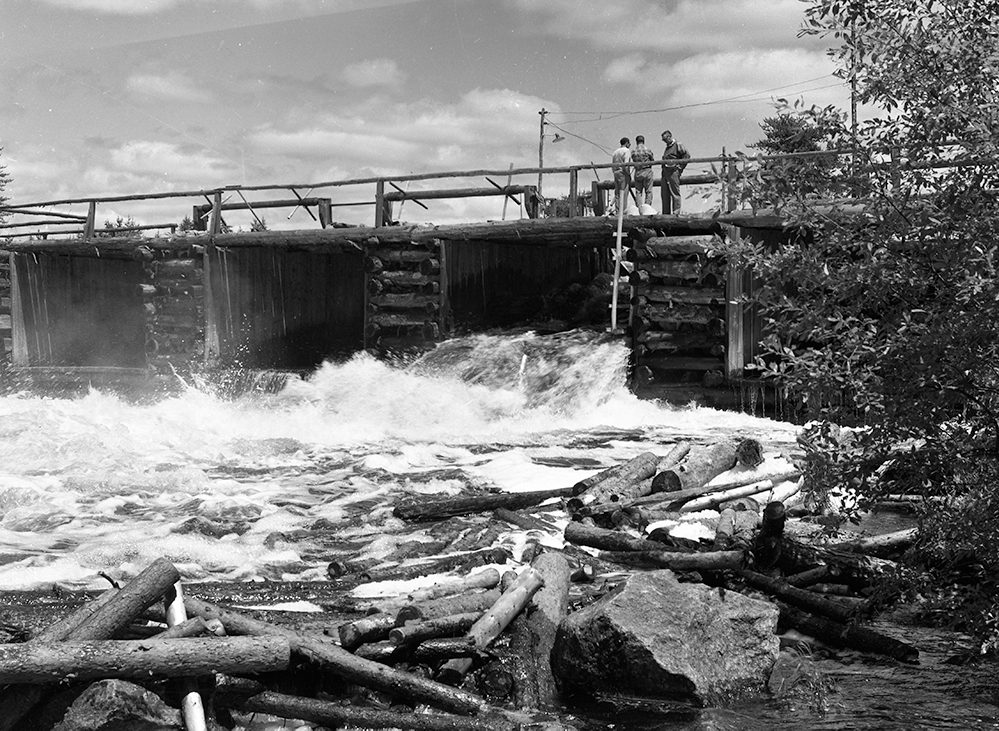 According to government records from 1894, 755,000 logs travelled down the river this way, all thanks to the hard work of the people of the Mauricie. When a railway was built as far as Grandes-Piles, in 1879, and then up into the Haute-Mauricie in 1911, the land further north could be developed. The major projects of the lumber era paved the way to the vast, remote forests that had been inaccessible until then.

Myths and Legends The Era of Major Projects — Energy