My fishing story? I’ve lost the thread, I fear,
In the end, the fish just disappear;
Taking bait from a long ancestral line,
Bitten where true and false entwine;
Where legends of the Saint-Maurice transcend,
A waterfall where story and pride descend. 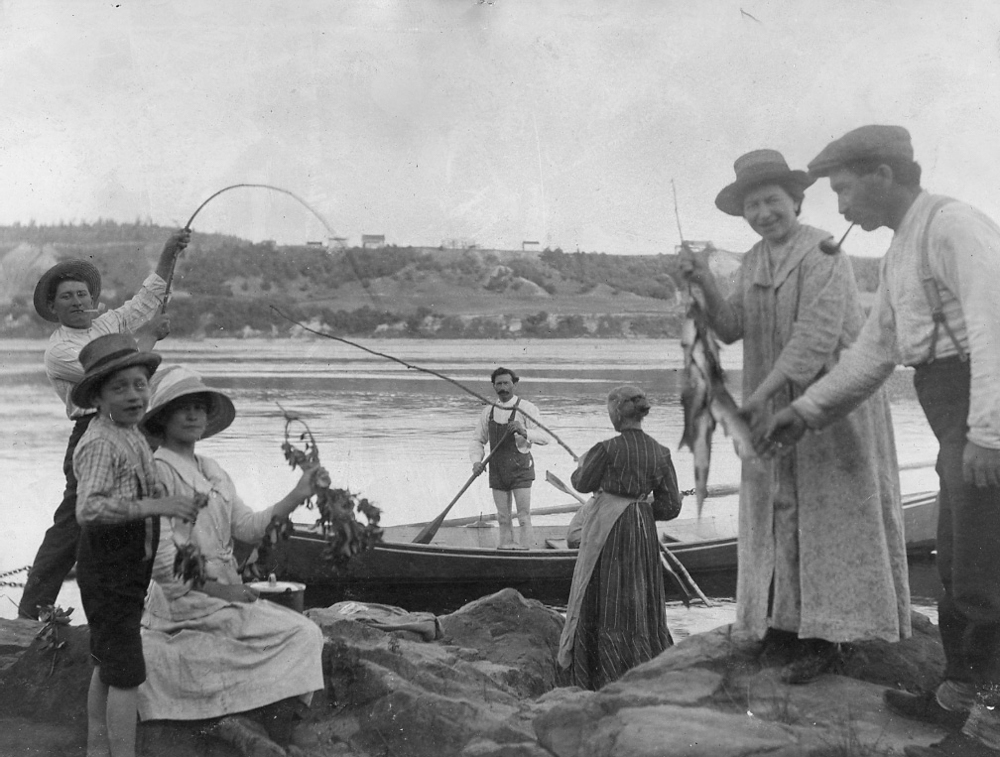 Let’s take a break and do some fishing. There’s no shortage of fish in the river, but you’ll have to get creative to snag the best catches.

Take Out Your Nets 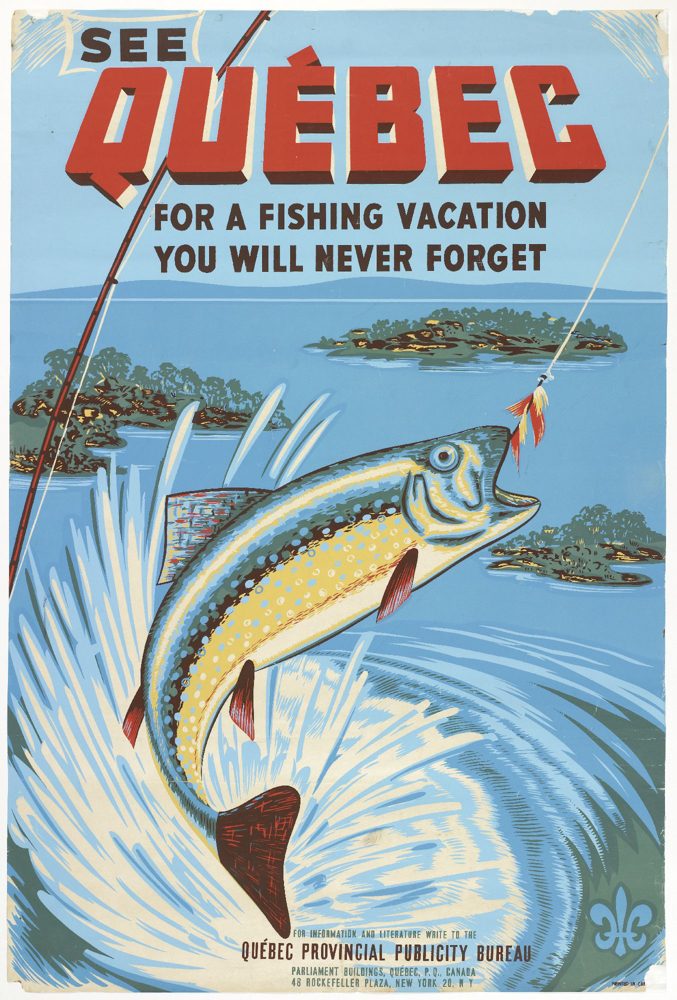 Since their survival depended in part on how many fish they could catch, the Atikamekw developed some very creative fishing techniques.

They used nets to catch whitefish, walleye and lake trout. Sometimes, instead, they would use hooks made of moose bone, and flies made of hair and feathers. But fishing with nets, made the ancestral way, is very efficient and still practised today.

Still, in the history of fishing on the Saint-Maurice, there was a dark period that coincided with the years of timber rafting and log driving. 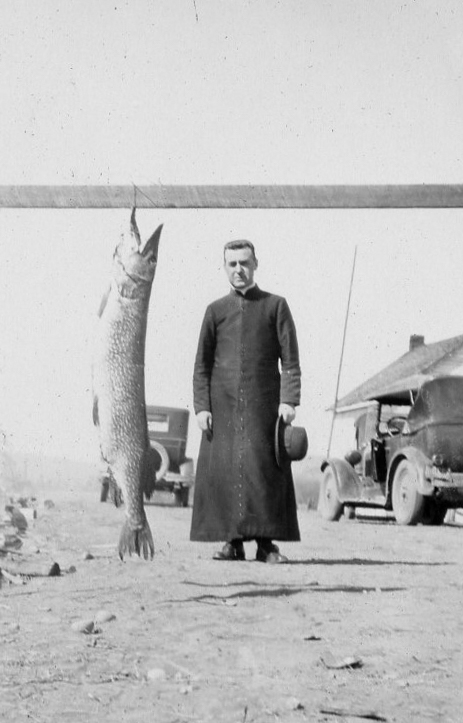 From the mid-19th through to the end of the 20th century, water pollution had a serious impact not only on fish reproduction and species diversity, but also on fish and species quality.

For that reason, fishing activity shifted north to the lakes of the Haute-Mauricie until timber rafting and log driving ended in 1995.

Since the beginning of the 21st century, the situation has greatly improved. The Saint-Maurice is gradually regaining its health, and parasite-free fish of all ages can now be found in the river. According to fishing guide Mario Genois:

There are still plenty of people who say there are no fish in the river—but it’s not true! (…) They just don’t know how to catch them. 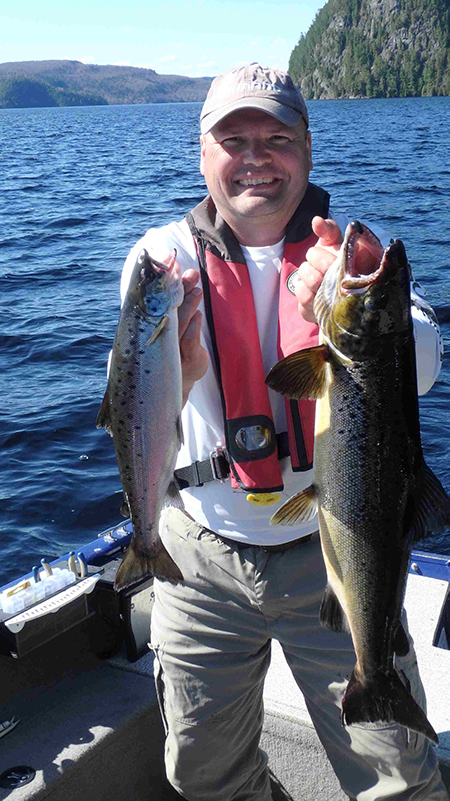 Click on this image to learn more about Mario Genois’ fishing techniques.

The challenges of fishing in the Saint-Maurice meant that he had to be especially creative and develop his own tailor-made fishing method.

After several years of trial and error, he came to the conclusion that the best strategy was to use earthworms as bait with bottom bouncers he makes himself by hand that are perfectly suited to the topography of the river.

Using this original technique, he almost never comes back empty-handed from his fishing trips, and his business is thriving.

Genois also insists on another challenge of fishing in the Saint-Maurice.

It’s a rugged river, and people used to use it as a garbage can. So simply not losing the lures you put in the water is a major challenge. Since I pretty well scrape the bottom of the river when I fish, it’s normal to get hung up once in a while.

The Saint-Maurice bears the traces of its history, and it’s not uncommon to catch your hook on an old log left over from the log driving days.