When travelling down the river, you can’t help noticing the huge brick buildings whose chimneys touch the sky. Energy companies were not the only ones who saw the potential in the Saint-Maurice. Other investors also found a clever way to capitalize on the river’s assets, by building paper mills on its banks. 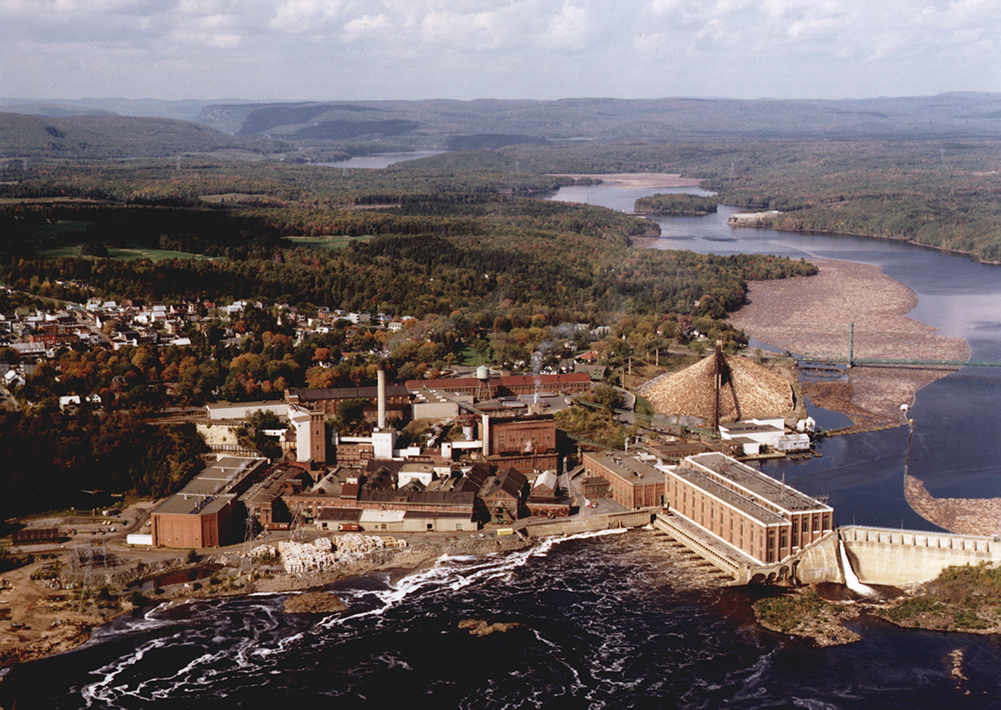 A number of factors contributed to the development of the pulp and paper industry in the Mauricie: the abundance of timber, the navigability of the Saint-Maurice for transporting logs, the proximity of the railway, and the readily available electrical power from the Shawinigan Water and Power Company.

There was also the fact that Mauricie workers were used to hard physical labour on farms and in isolated logging camps. This ample work force, which demanded little in terms of pay, was a significant draw for manufacturers. At the industry’s peak in the early 1950s, the paper mills of the Mauricie employed more than 6,000 people.

What was the role of a water quality analyst at Belgo? – (subtitling available in FR / EN) View this video with a transcript (EN)

The Laurentide mill in Grand-Mère set the tone for the industrialization of the Mauricie region. It marked a turning point in Québec’s economic development, contributing to a second industrial revolution focused on natural resource development and the use of electricity as an energy source. At the beginning of the 20th century, Laurentide was considered the largest newsprint mill in Canada.

Site of the Belgo Canadian Pulp & Paper Company in 1946

This was a period of strong growth in the industry. From 1887 to 1922, seven newsprint mills were built along the Saint-Maurice between La Tuque and Trois-Rivières, a distance of nearly 200 km. Capital came not only from Canada and the United States, but also from Europe: a Belgian company, Belgo Canadian Pulp & Paper, began building its first mill in Shawinigan in 1900. Seven years later, work started on the Brown mill in La Tuque. 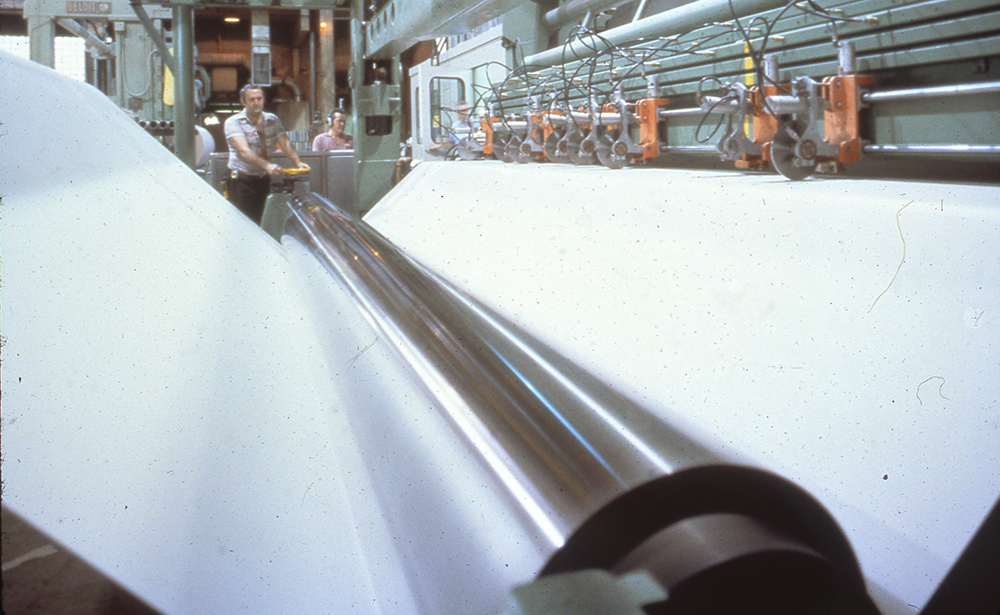 Papermaking at the Belgo mill

Paper Capital of the World

In 1910, a mill was opened in Cap-de-la-Madeleine, and then another three were built in Trois-Rivières between 1911 and 1922. On account of this high concentration of mills, the city became known as the paper capital of the world from 1930 to 1960.

Today, only two mills in Trois-Rivières, Kruger and Kruger-Wayagamack, and one in La Tuque, WestRock, are still in operation. The three mills, two of which are two hundred years old, employ around 1,000 workers producing different types of paper and cardboard.

Shawinigan – The City of Hydroelectricity An Industrial Hub