When it came to taking advantage of the opportunities offered by the exceptional variety of resources in Shawinigan, industrial entrepreneurs were never short of ideas. In addition to power plants and paper mills, a large chemical complex with electric furnaces was built by Shawinigan Carbide and started operating in 1903. 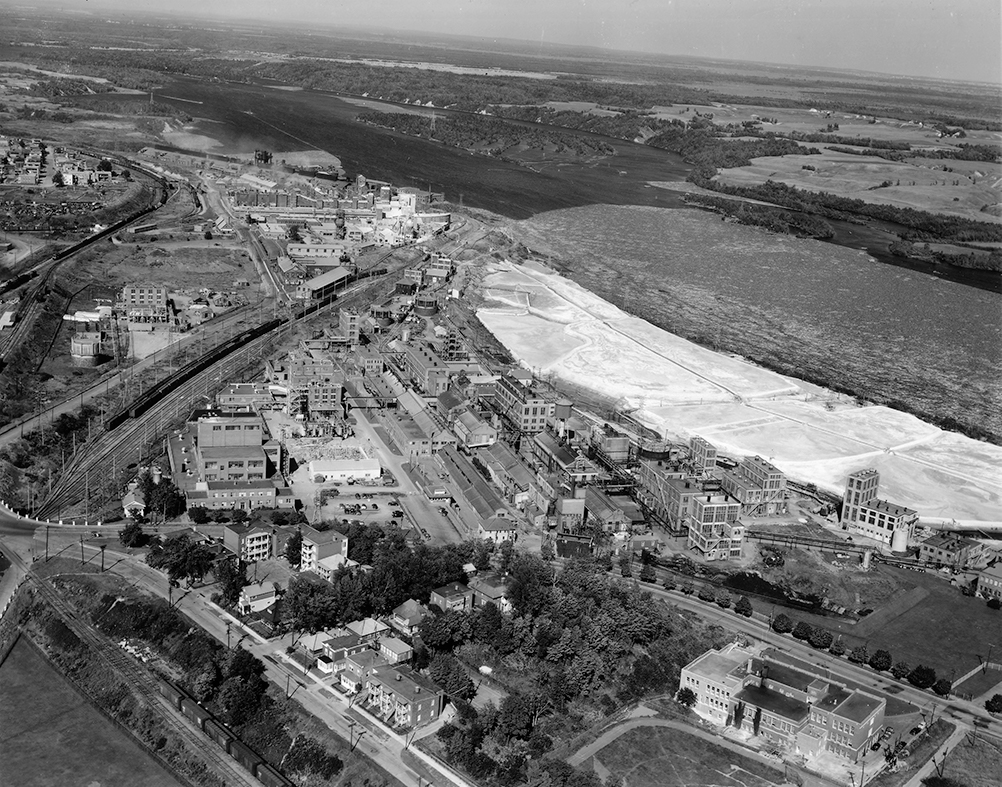 The metals processing sector began operations in the Mauricie in the spring of 1900 when Canada’s first aluminum smelter was built. Construction was supervised by Charles Martin Hall who, in 1886, had invented the process of producing aluminum by electrolysis in Oberlin, Ohio. 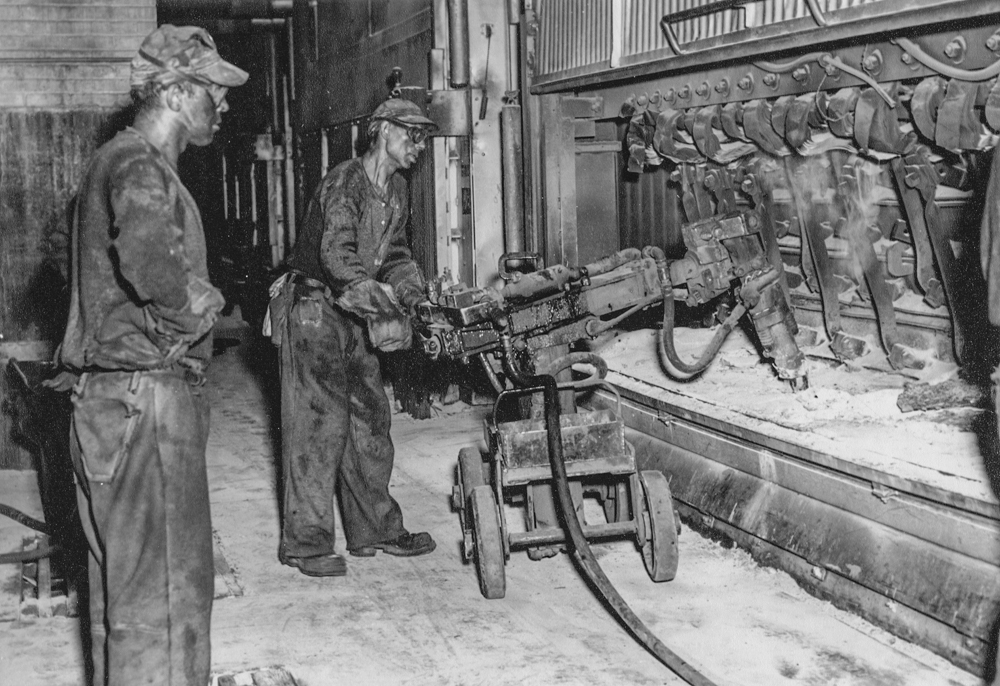 Potline workers break the crust in the Plant 2 aluminum smelter

On October 18, 1901, Shawinigan pot line workers made the country’s first aluminum casting. The following year, ingots were shipped to Europe and Japan. The Shawinigan smelter was one of the largest plants in North America until 1926. In 1919, it had more than 700 workers assigned to the production of 400 pots in four buildings.

From One Thing to Another 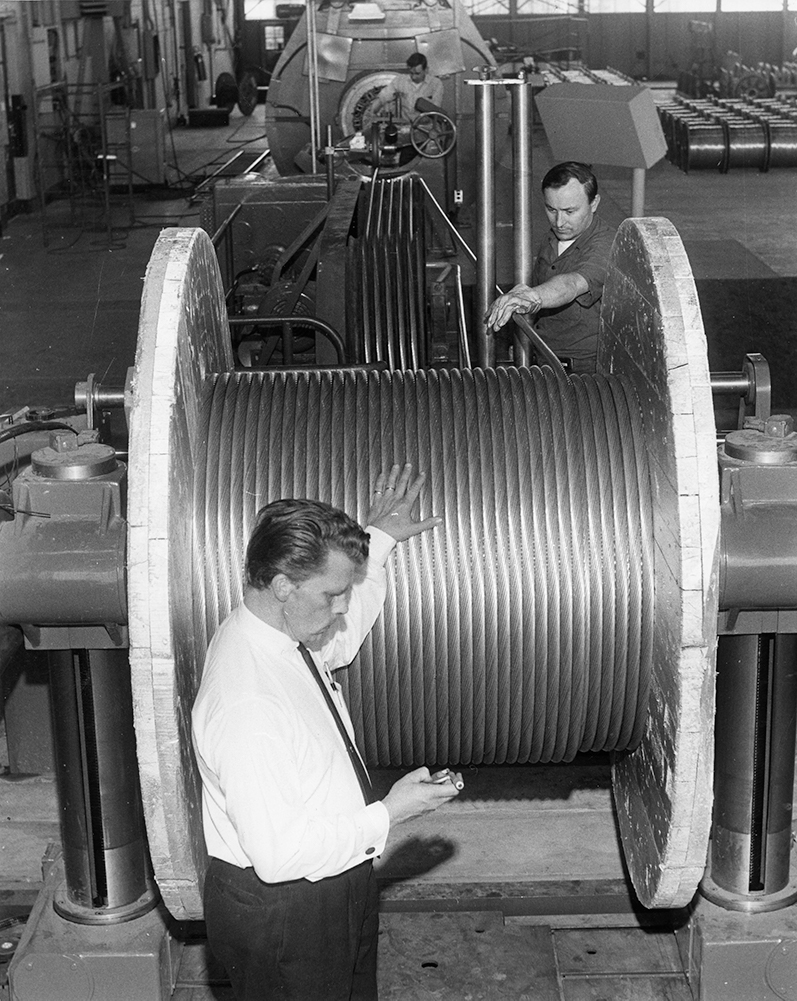 Another first in Canada was the commissioning of a cable mill in 1902 to fulfill an order from Shawinigan Water and Power, which was building a transmission line to deliver electricity to Montréal.

Inaugurated in 1965, it was the longest transmission line in the world with such a high voltage at that time. These achievements would not have been possible without the energy supplied to the aluminum smelters from power plants on the Saint-Maurice. 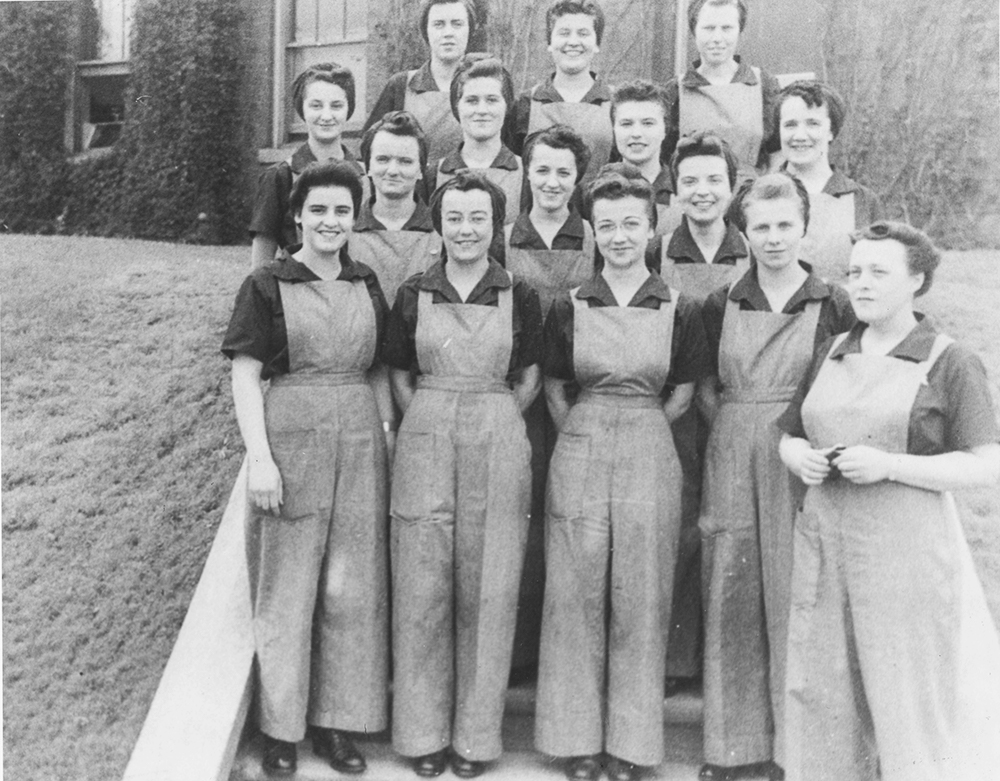 Group of women working for Alcan during the Second World War

The aluminum processing industry had always been an essentially male environment, but a shortage of labour during the Second World War forced Alcan to hire women to meet its needs.

In the 1980s, more and more women began working in office and professional jobs in the aluminum sector, including as engineers. However, it would be another decade before women became more involved in actual aluminum production operations.

What was it like when women started working at Alcan?– (subtitling available in FR / EN) View this video with a transcript (EN)

Shawinigan made headlines during the Second World War when a second aluminum smelter was built there, in the upper part of town. With the help of a $55.6 million loan from the United Kingdom, Alcan was able to meet the Allies’ aluminum needs, for aviation purposes among other things, by building four smelters in Québec, including one in Shawinigan and one in La Tuque. The Shawinigan plant, whose foundation work began in July 1941, was the largest. 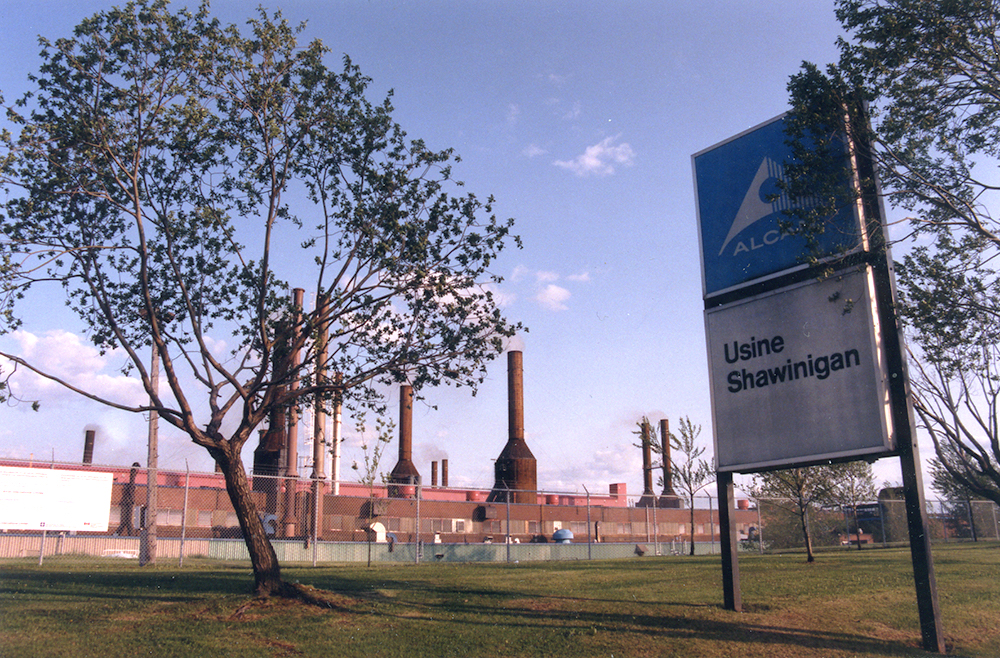 Second Alcan plant in Shawinigan around 2005

The Golden Age of Paper Mills Trois-Rivières – Land of Welcome