Before starting our descent, let’s focus for a moment on the Haute-Mauricie, where the river takes its source. Before the Gouin Dam was built, between 1916 and 1917, creating the reservoir behind it, there were huge lakes here. 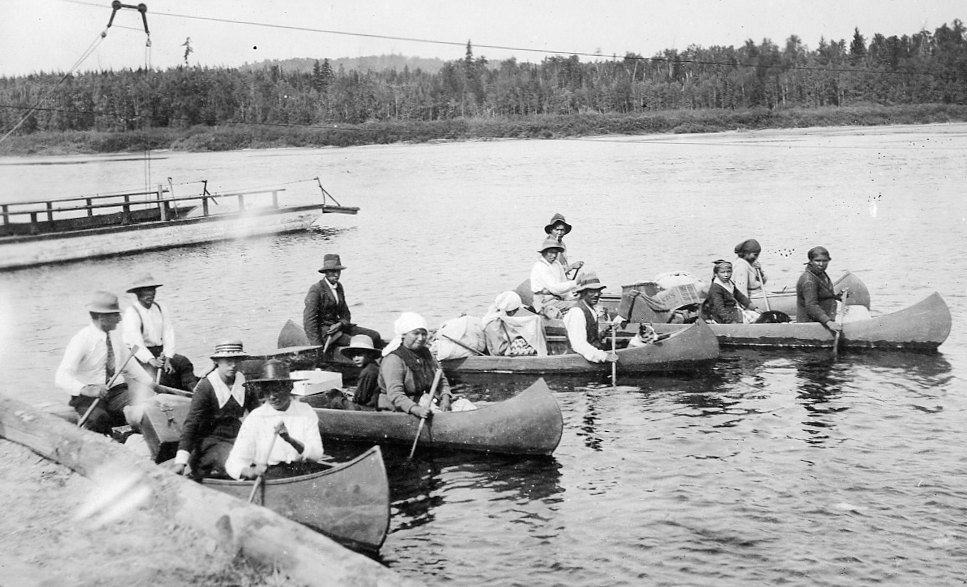 Departure for the winter settlement in 1921

The first signs of human presence date back approximately 6,000 years. This vast, wild land may seem inhospitable to us, but Indigenous nomadic hunter-gatherers were resourceful enough to find ways to meet their own needs, thanks in part to the river. Their traditional lifestyle revolved around the Saint-Maurice. 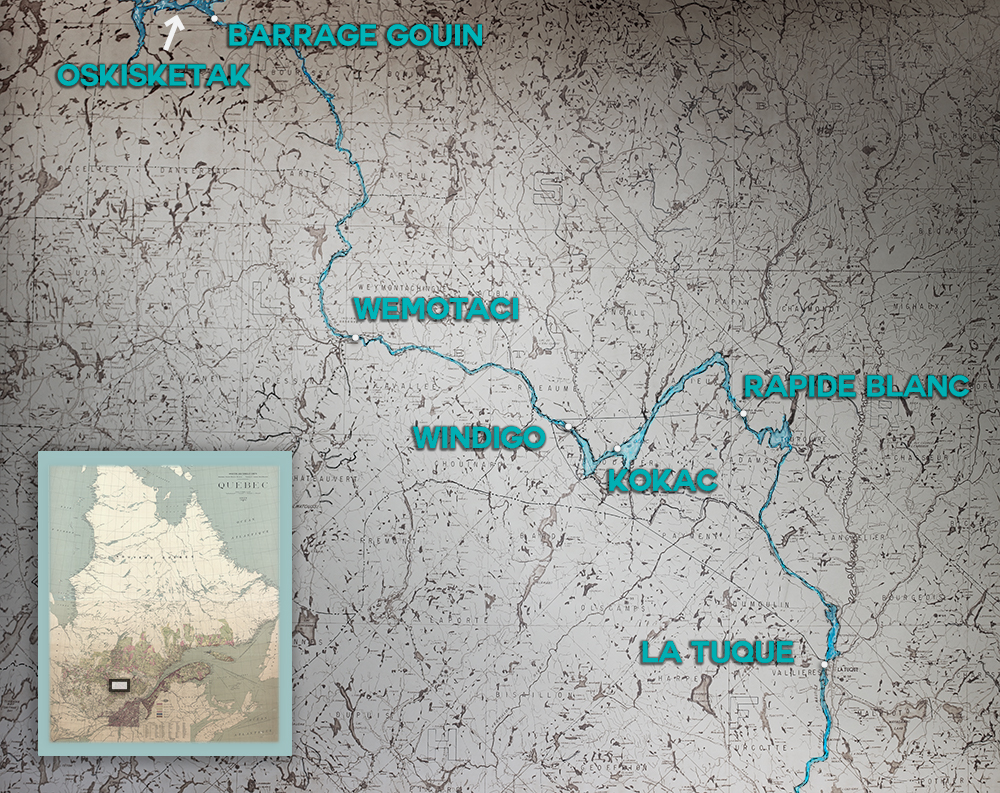 Living in Sync With the Seasons

The Atikamekw annual lifestyle, based on the seasonal forest cycle, consists in moving away from and then returning to the Tapiskwan Sipi (the Saint-Maurice River). It is divided into six seasons.

In the fall, the Atikamekw would form small groups and go deep into the forest to hunt. They also devoted considerable time to preparing meats and pelts and setting up camps. 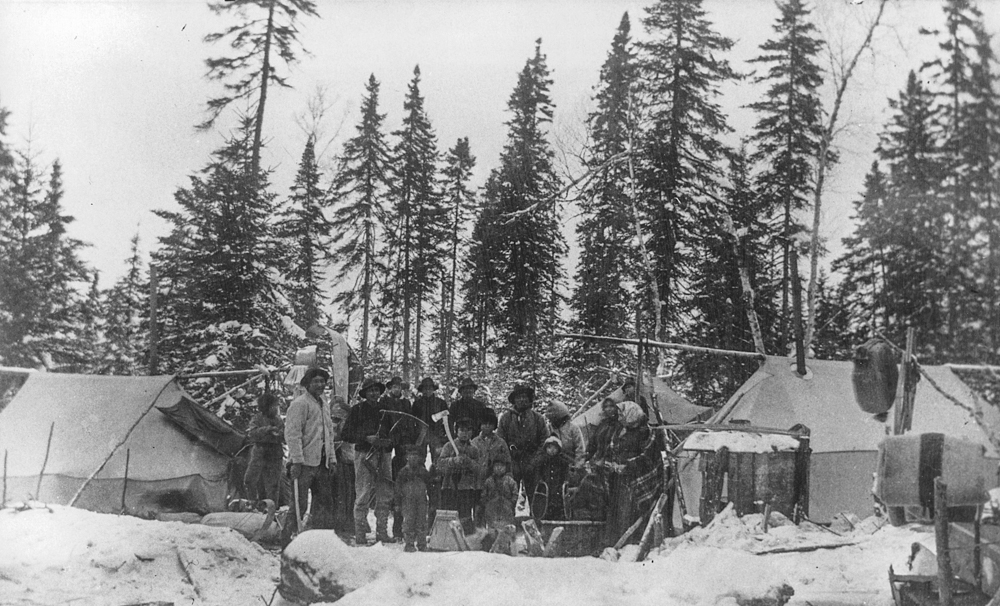 Winter settlement near the Saint-Maurice around 1900

In the late fall and winter, they would go trapping or shelter in birchbark teepees to make snowshoes and knives. When the ice began to melt in the spring, they would harvest maple sap and then return to a site near the river. 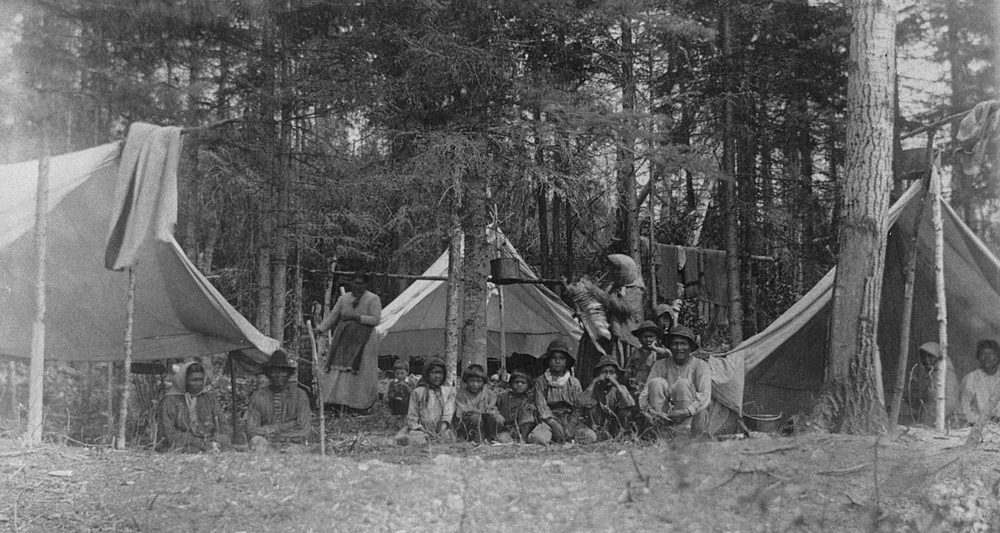 Summer settlement near the Saint-Maurice around 1900

Summers were spent along the Tapiskwan Sipi, catching fish using hooks and lines. They were also a time to travel for social gatherings and trade. On the banks of the river, new alliances were formed, and goods were traded. Traditional ceremonies, such as weddings, were also organized. Then, when fall came, the Atikamekw would go back into the forest. 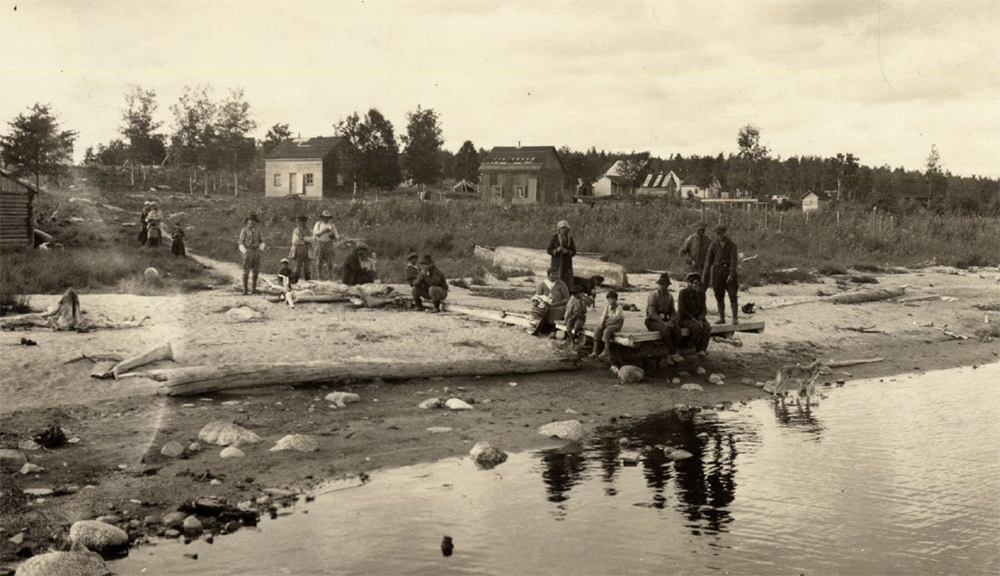 Nitaskinan, the ancestral homeland of the Atikamekw Nehirowisiw Nation, takes in the whole of the Tapiskwan Sipi. It was the Algonquin who used the term Atikamekw, meaning “the people of the white fish,” in reference to the whitefish in the Saint-Maurice River.

However, the region’s Indigenous people refer to themselves as Nehirowisiwok, “autonomous beings,” who live in harmony with their environment. Before the arrival of Europeans, they were the ones who permanently occupied the territory along the river.

Today, the Atikamekw Nation has approximately 7,000 members spread across the communities of Manawan, Opitciwan and Wemotaci, as well as in the cities of La Tuque, Shawinigan and Trois-Rivières. 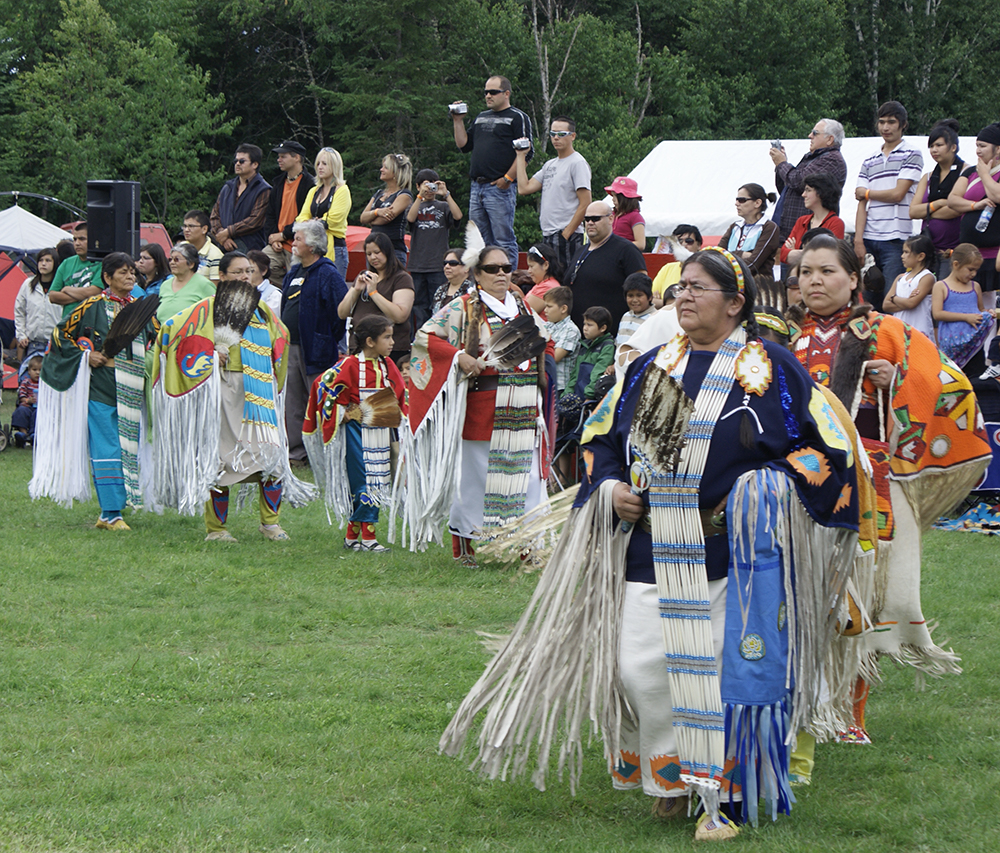 For a detailed description of traditional activities taking place during the six Atikamekw seasons (this link is external): http://www.manawan.org/nomadisme/saisons/

A Waterway, a Way to Meet