Like the logs felled in the Haute-Maurice, let’s allow ourselves to be carried downriver by the Saint-Maurice as far as La Tuque. Today, La Tuque is a modern city with a population of 11,000 people who come from a variety of backgrounds. 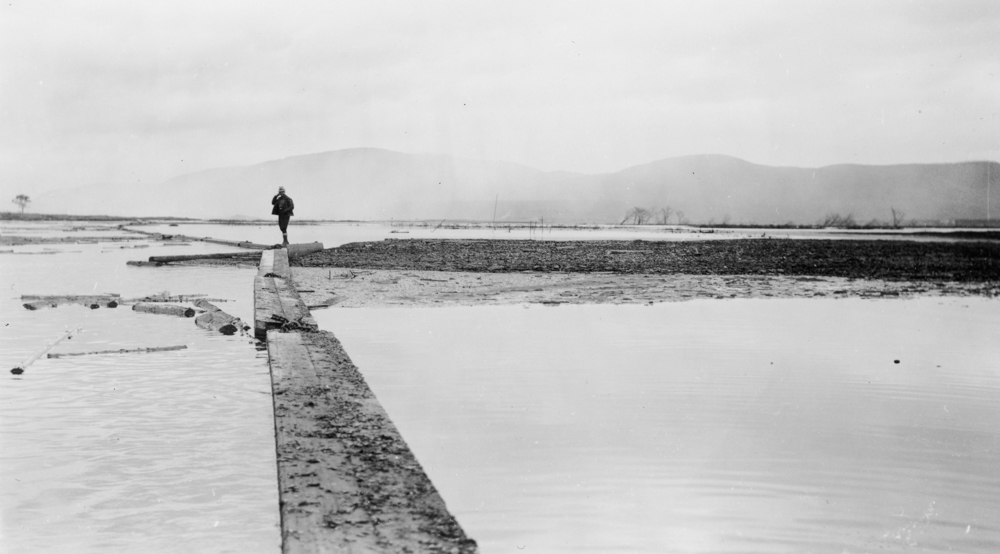 Before Europeans arrived, this site was already an important meeting place for the Atikamekw, who called it Capetciwotakanik, “where the current flows through.”

A City Born from Paper

In 1863, 11 families lived on the land that would later become the city of La Tuque: two Indigenous families, two Canadian families, one French family and six Métis families. The first marriage recorded in La Tuque was that of two Métis, Jean-Baptiste Boucher and Célina Plamondon, whose mothers were Atikamekw, in 1865. 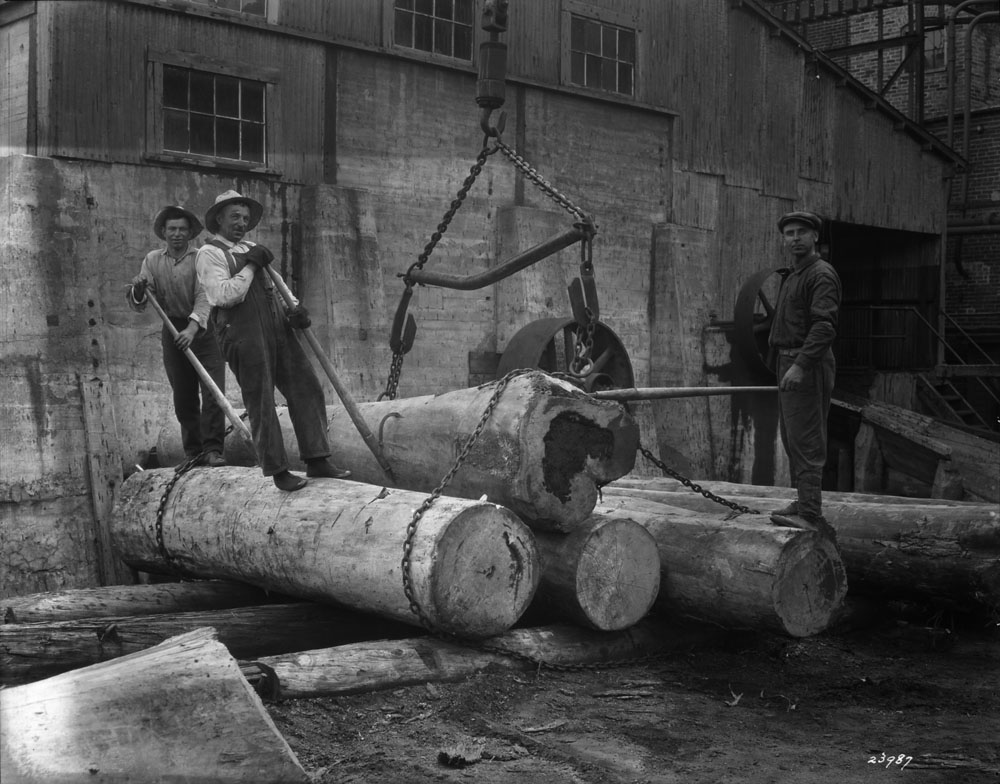 To prosper, the village needed a little help from the Brown brothers of New Hampshire. Inspired by the geography of the Saint-Maurice and the abundance of black spruce, these entrepreneurs purchased the falls and timber limits in the La Tuque area. In 1909, they built a chemical pulp mill, the future Brown Corporation.

The city of La Tuque was officially founded in 1911. When the National Transcontinental Railway built a line to La Tuque in the 1910s, its population soon grew to 3,000. 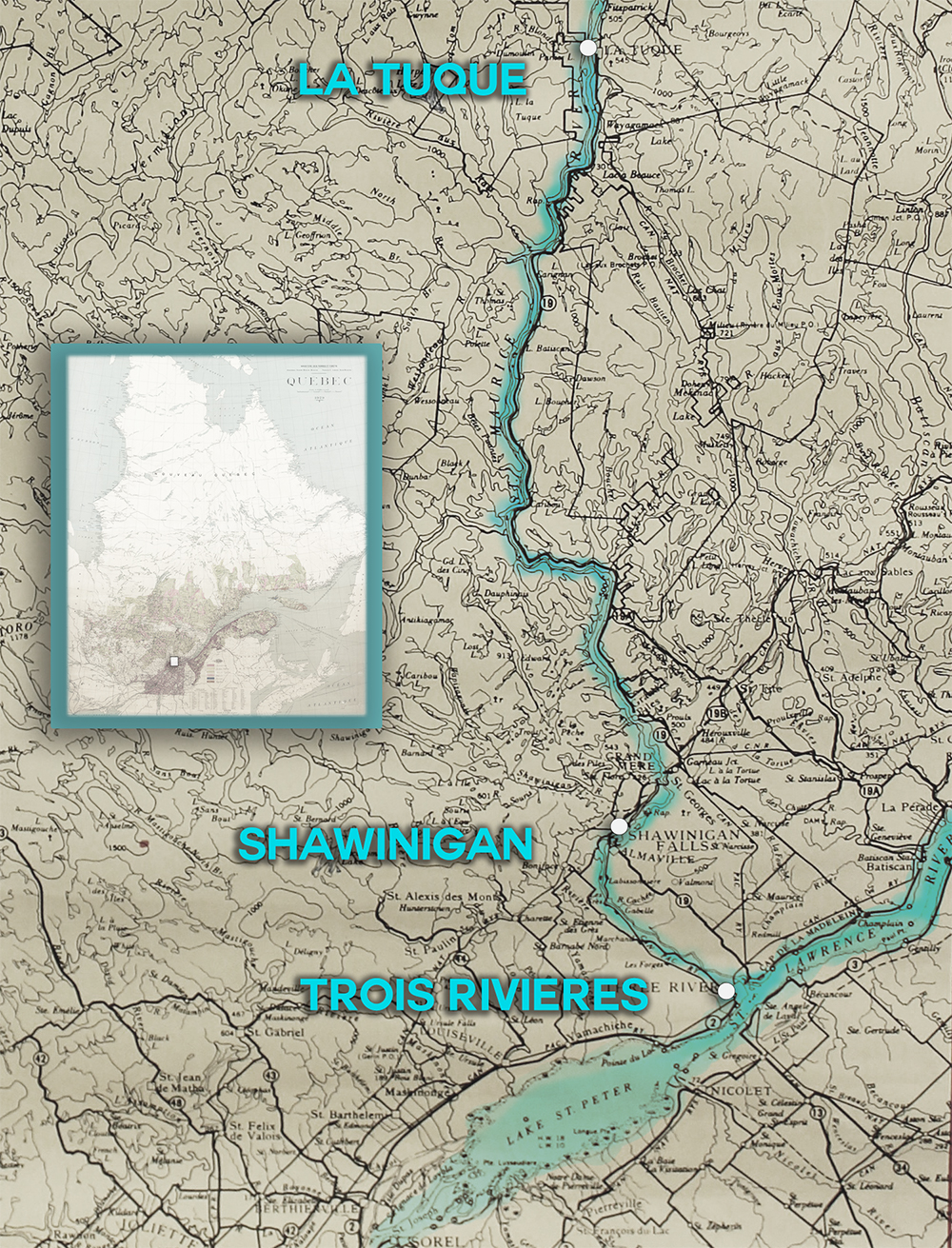 From La Tuque to Trois-Rivières

In the early 20th century, the small community where people lived in wooden houses started to expand. When a general store and a post office opened, and a priest, Eugène Corbeil, and a teacher-nurse settled there, village life livened up considerably.

Although comfort during that time was not the same as it is today, people could still count on the Brown Corporation to take care of business. As early as 1911, the electricity generated by the company was used not only to power the factory but also some of the city’s street lamps. Besides providing well-paying jobs, Brown was also involved in municipal affairs and the personal lives of its employees. Like many paternalistic companies of the time, the Brown Corporation organized social activities for its employees that revolved around the mill, the true heart of the city. 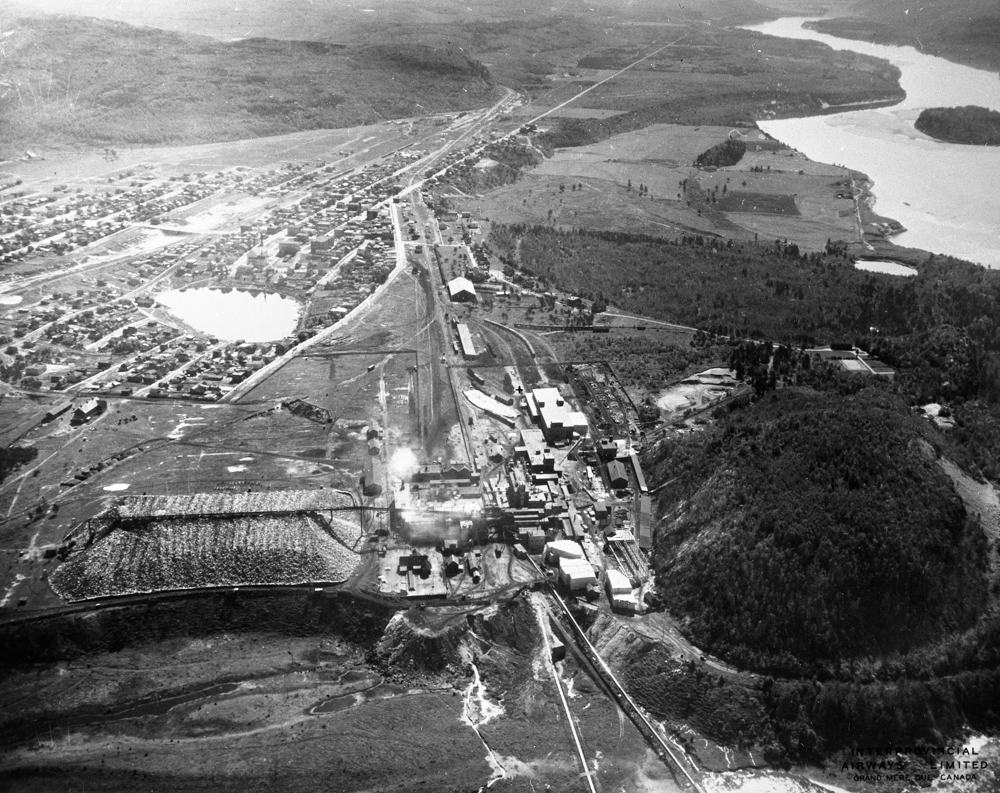 In 1954, Brown sold its assets to Canadian International Paper (CIP). Since 2015, the mill has been the property of WestRock. The forest sector continues to play a major economic role in La Tuque owing, in part, to the operations of Groupe Rémabec.

La Tuque is a diverse community. It’s the city with the most urban Indigenous people per capita in Québec, approximately one in every ten. It is also home to the Conseil de la Nation Atikamekw and the Centre d’amitié autochtone de La Tuque.