The current that has carried us since the beginning of our canoe adventure has been very steady, but that wasn’t always the case.

The establishment of the hydroelectric company Shawinigan Water and Power at the end of the 19th century led to an unprecedented development project on the Saint-Maurice. The river’s irregular flow—very strong in spring, but very weak in summer—needed to be regulated before it would be suitable for power plant operation. The development work necessary for electricity generation would also facilitate timber rafting.

Construction of the Gouin Dam at the head of the Saint-Maurice River, which began in 1916, created a reservoir of 8.5 billion cubic metres of water. 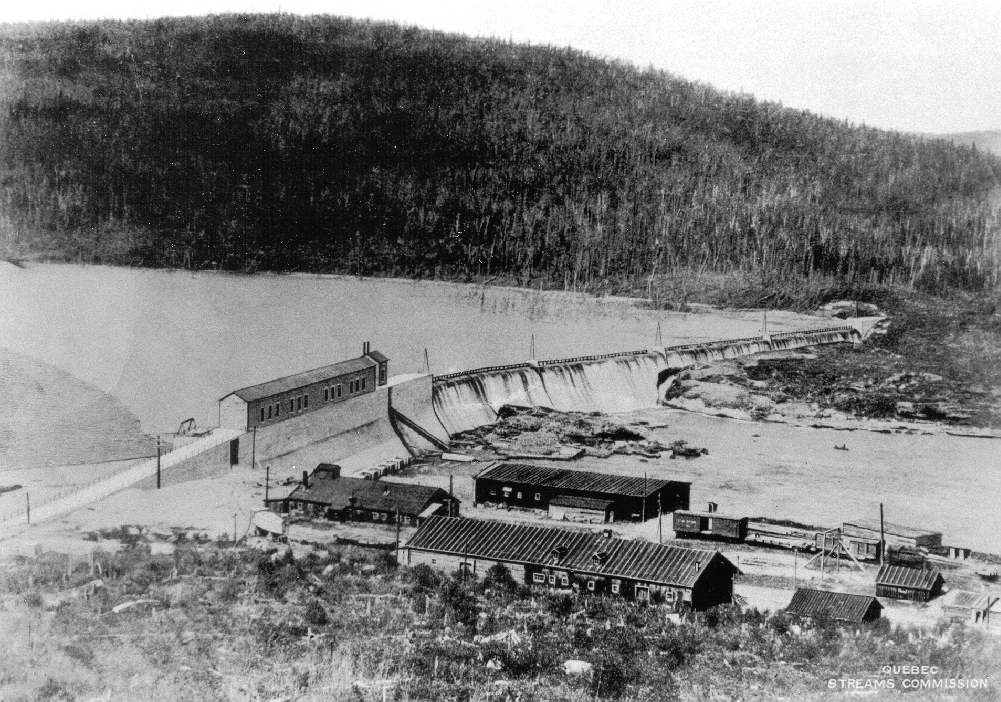 Sketch of the Gouin Dam by the Québec Streams Commission

It was a major engineering challenge at the time, comparable to that of James Bay in the early 1970s. The Gouin Dam, 502 m wide by 26 m high, is proof of what human ingenuity could achieve. 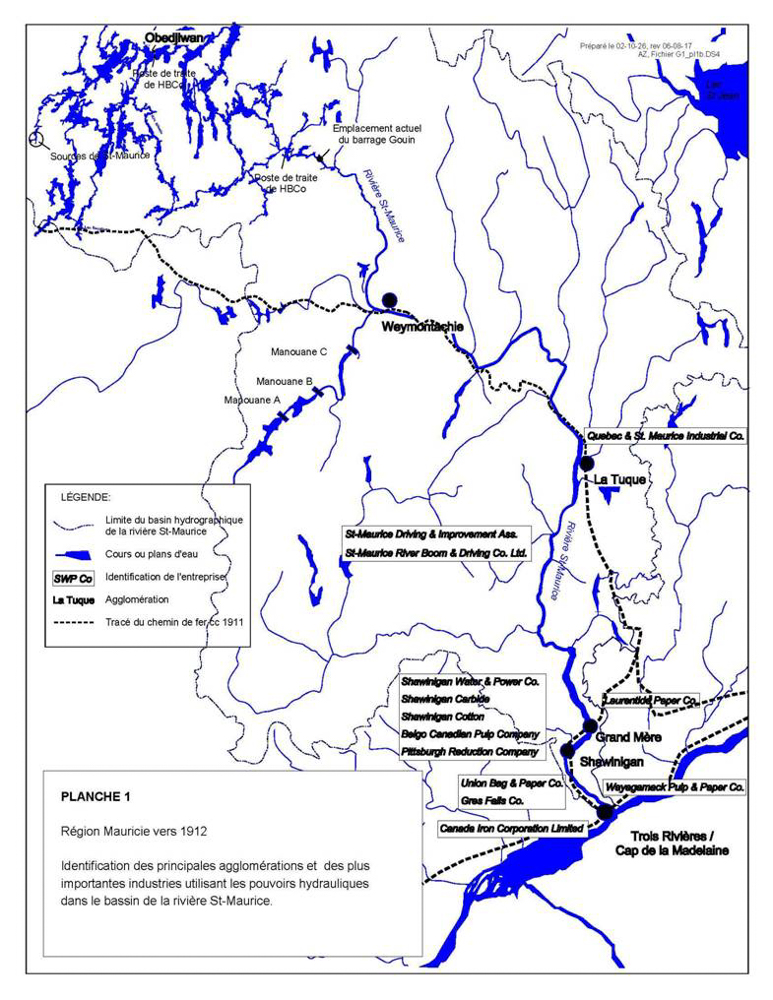 It’s important to remember that for the exploration and land surveying, and to build the first camps, the materials had to be brought in by train to Wemotaci and then loaded onto dog sleds or canoes. After that, roads were built to transport heavy equipment.

Despite all the ingenuity that went into the project, it shouldn’t be forgotten that the building of the dam also had negative impacts. The Atikamekw village of Opitciwan and the nation’s traditional hunting grounds were flooded as a result of the dam’s construction. This had a dramatic impact on the community and was a major factor in forcing the Atikamekw to abandon their ancestral lifestyle. 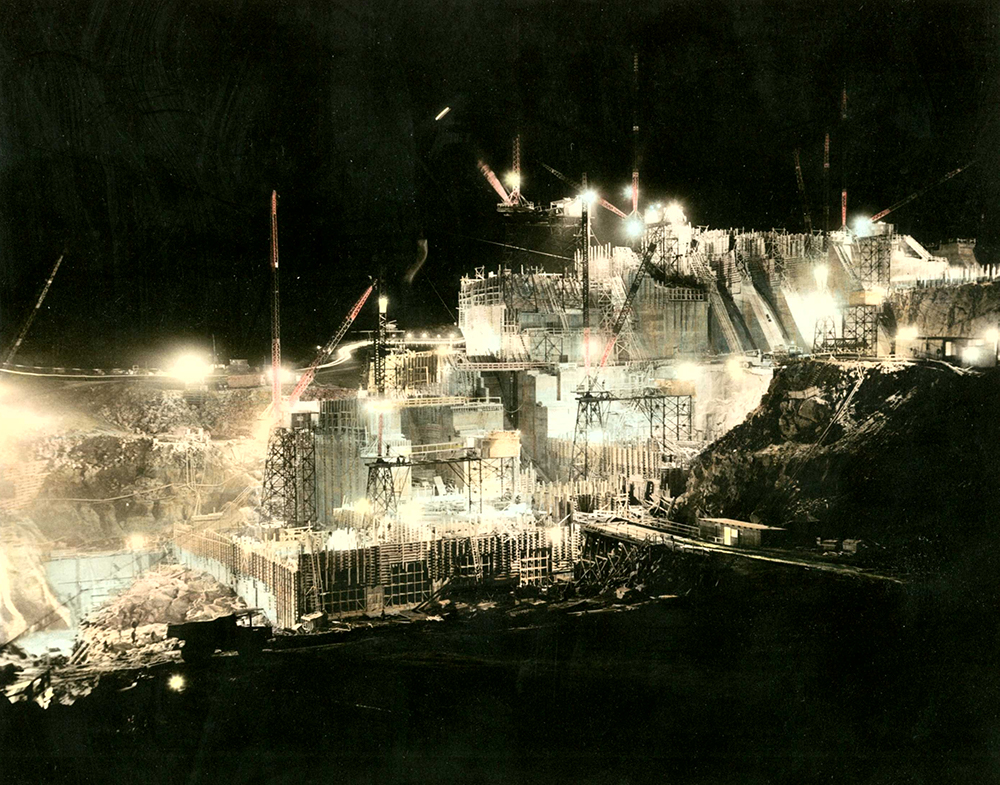 The Beaumont power plant and dam are among the many structures that have helped regulate the Saint-Maurice River.

Today, the Saint-Maurice is one of the best-regulated rivers in Canada. Even so, ice and high water levels can still cause problems, such as flooding, which shows that there are limits to our capacity to control the powerful forces of nature.

The Era of Major Projects – Lumber Life in Lumber Camps