When its white waters smash against the moraines,
I feel its strength flow through my veins;
When the droplets from its mists escape,
I hear its sacred heart break;
When its waves lead the way,
I see clearly the trails of yesterday. 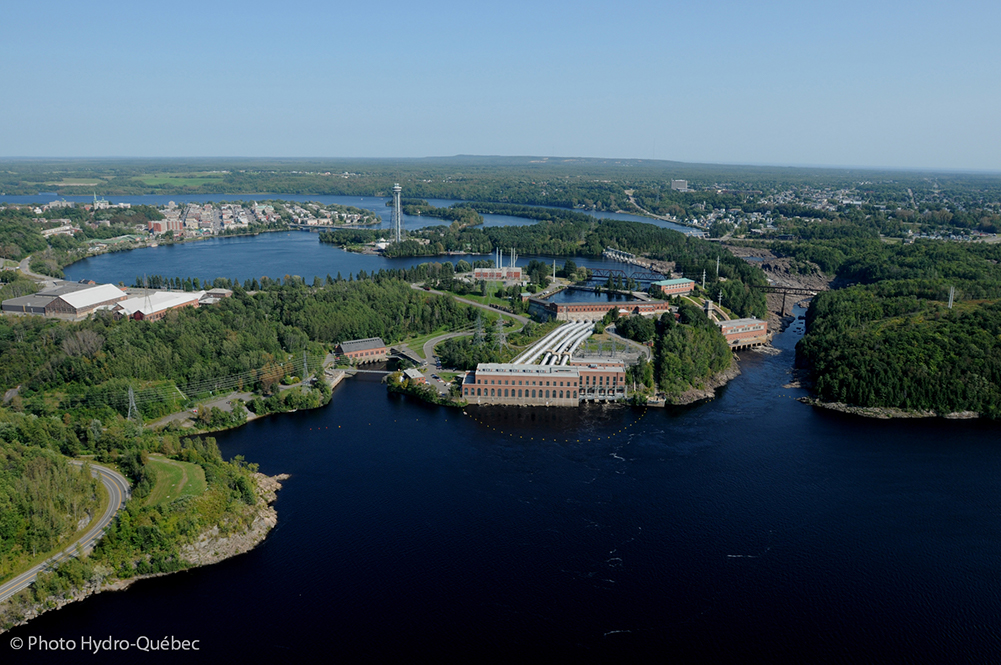 After inspiring artists and canoeists, the mighty Saint-Maurice also made its mark by turning turbines. It all started with the founding of the Shawinigan Water and Power Company (SWP) in 1898.

Hydroelectric generation saw explosive growth, with no fewer than 15 power plants built on the Saint-Maurice between 1899 and 2005. Their operation contributed hugely to the industrialization of the Mauricie and the whole country. As soon as industrialists realized the potential of this energy goldmine, dozens of factories were built along the river and thousands of jobs were created. 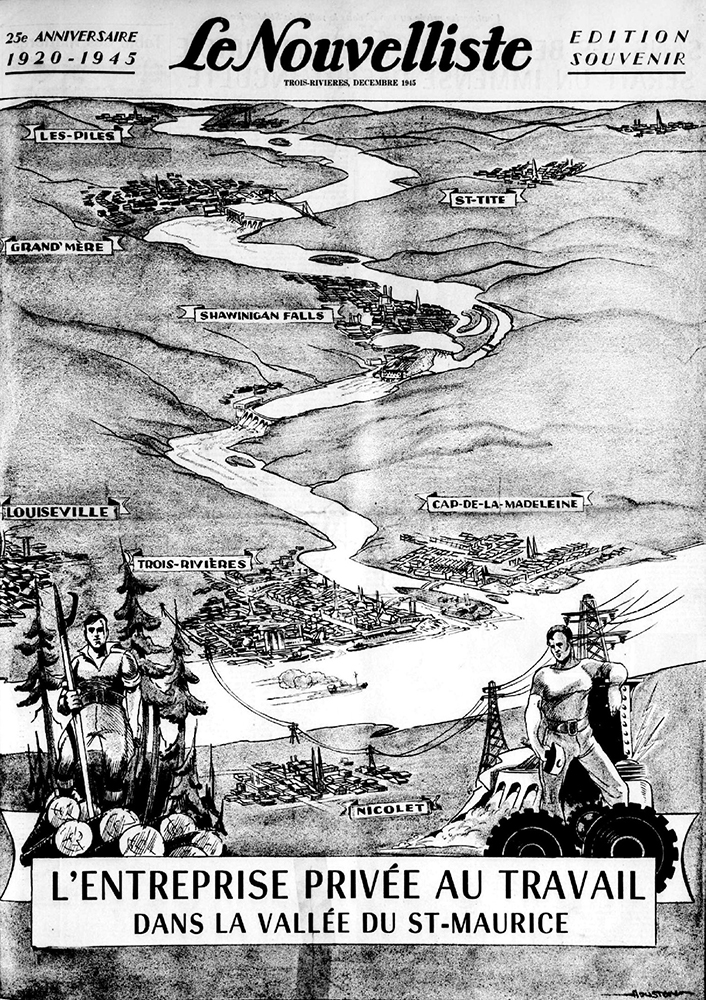 The Saint-Maurice’s unique geography soon earned it an international reputation. In an article in The Canadian Electric News, published in 1899, the two 45 m high Shawinigan Falls were deemed one of the best hydroelectric sites in North America.

Harnessing of the falls in the early 1900s led to the development of what was then the largest industrial complex in Canada, with the construction of two power plants, an aluminum smelter, a paper mill and a chemical plant.

The city of Shawinigan came to be known as the Niagara of the East, named after the major industrial complex that was built in 1895 near the famous falls that straddle the Canada-U.S. border.

In 1901, the Pittsburgh Reduction Company was the first to get the ball rolling with its power plant that began operating to supply the pot room of its aluminum smelter. The following year, SWP commissioned its power plant, reputed to be one of the most powerful in Canada at the time. 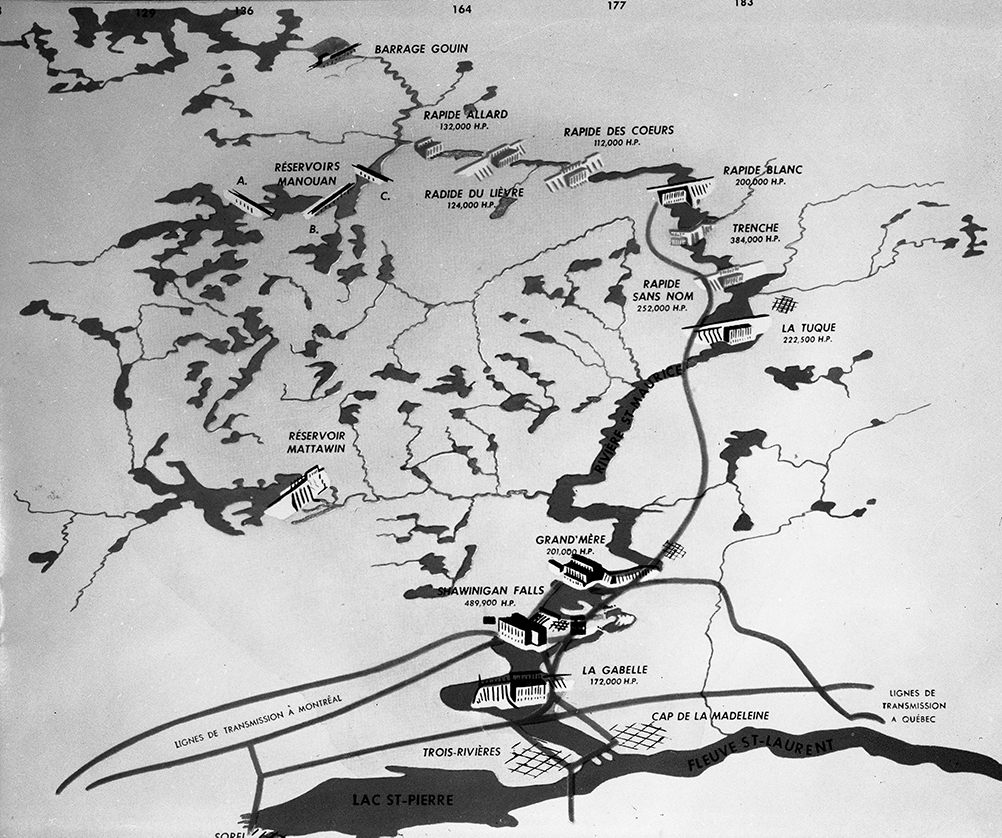 Territory Covered by Shawinigan Water and Power in 1948

In 1903, SWP began supplying electricity to Montréal through a 50,000 volt, 135 km power line. This was quite a technical feat, as it was then the longest transmission line east of the Mississippi.

So that it could continue to meet the ever-growing needs of the Canadian metropolis, SWP began construction of a second power plant in 1911 that would be one of the most powerful in North America. 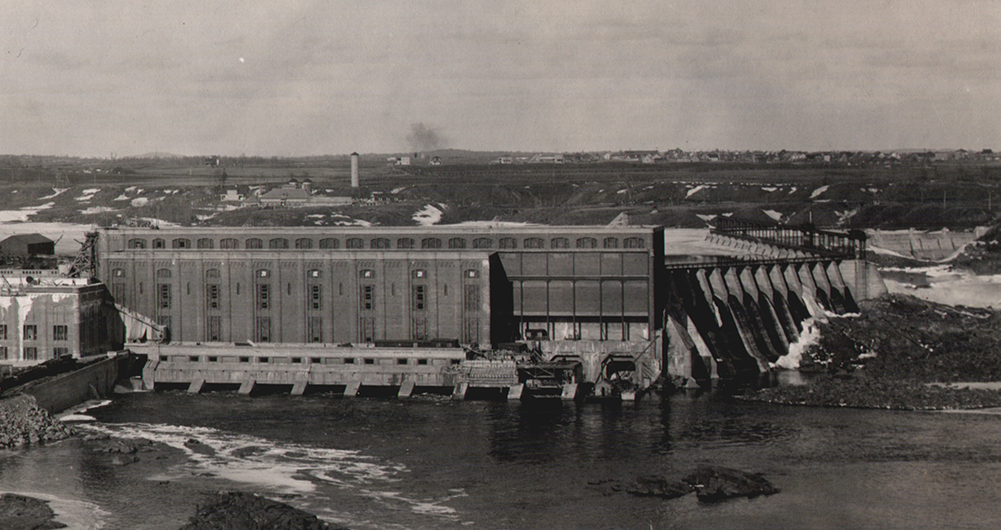 The company subsequently commissioned another seven power plants on the Saint-Maurice between 1916 and 1958. These remarkable facilities bear witness to the hard work of the people of the Mauricie. The creativity of the men and women who built these impressive structures is revealed in the elegance and diverse range of their architectural styles. For example, the design of the Grand-Mère power plant was inspired by Sainte-Cécile Cathedral in Albi, France. 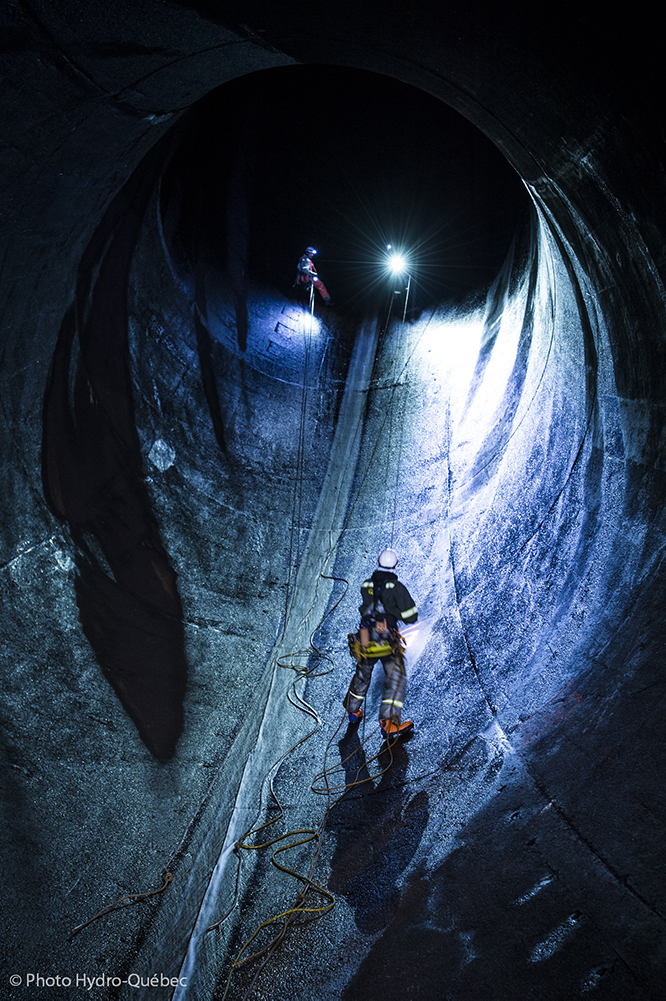 Click on this image to read more of Normand Choquette’s testimony.

Twelve hydroelectric power plants are still operating along the river. Three cities were founded with a view to harnessing the power of the river: Grand-Mère (1898), Shawinigan (1901) and La Tuque (1911).

When Québec nationalized its electrical grid in 1963, Shawinigan Water and Power was acquired and merged with Hydro-Québec. People who were part of this state-owned company’s extended family share some unforgettable memories.

Looking back at his career as a foreman, Normand Choquette is proud to have been part of an epic journey that redefined Québec society and the Mauricie.

We achieved some extraordinary things that no one had ever done anywhere else in the world before.