Before we leave camp, let’s say hello to a few fearless loggers who’ll be spending the winter in this dark, seemingly hostile forest. The lumber industry was dependent on these loggers, who were very resourceful in dealing with the rigours of such a harsh environment. 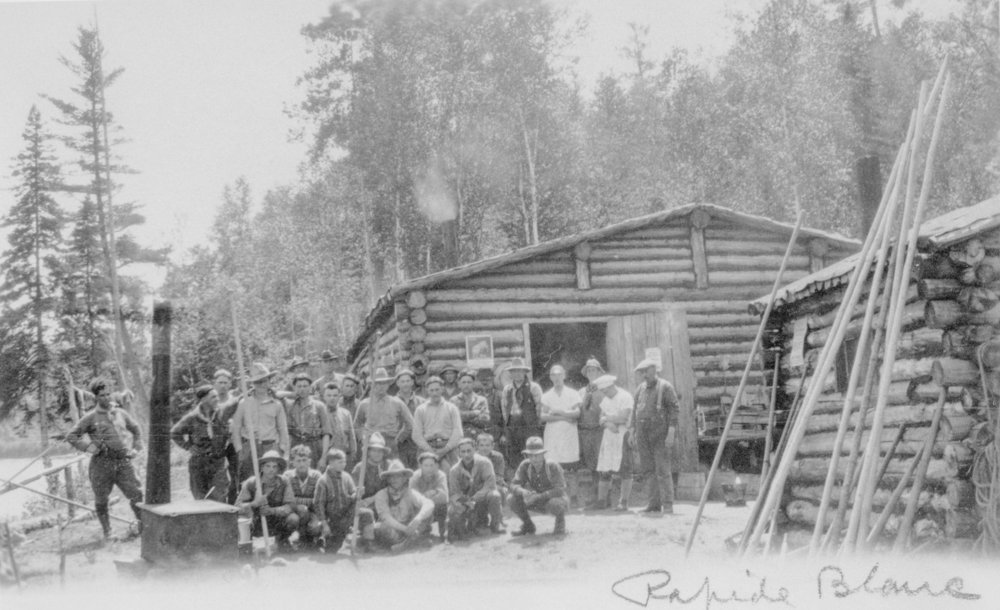 Lumber camp at Rapide Blanc around 1940

In the second half of the 19th century, most of the men living in this camp were under 26 years old. They would get up at four in the morning and only stop working when it was too dark to go on. Although most loggers were French Canadians, there were a few Atikamekw, especially from the 1940s on. Those who found work in logging tended to abandon their traditional lifestyle. Note that the logging companies occupied the land without making any type of agreement with the Indigenous people. 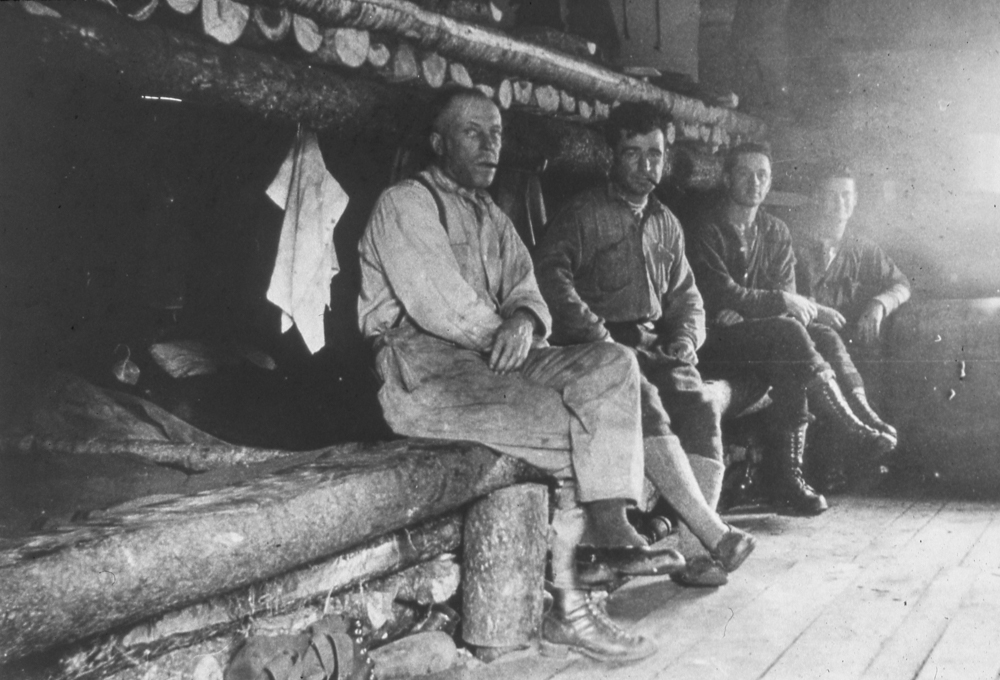 In the 1830s, when the industry was just starting out, log cabins were erected at these camps to shelter both men and horses, with just a partition between them.

As the forestry industry expanded in the second half of the 19th century, temporary outposts were established along the river to house loggers. However, amenities were extremely basic, and the starvation wages loggers received were far from being fair compensation.

In 1855, loggers earned between $7 and $10 a month, depending on the number of trees harvested. For that, they had to work around 12 hours a day, six days a week.

However, these conditions didn’t put men off from spending the winter in the Haute-Mauricie. Records show there were 1,126 loggers in the area in 1861, compared with 9,000 to 10,000 in the 1920s, when paper mills were built and demand for lumber increased.

In the mid-19th century, settlers had to be resilient to survive in a Québec that was still in the throes of development.

Who were loggers?– (subtitling available in FR / EN) View this video with a transcript (EN)

Saturday nights were a chance for workers to unwind at the end of the work week. They partied, they sang, but most of all, they told each other their best stories. Sundays were more relaxed. After religious services, the men would sharpen their axes and two-handed saws.

This routine started in September when men arrived at the logging camps in the Haute-Mauricie. After felling season, workers would use horses to transport the logs over frozen rivers and lakes between January and March. In April, when the ice melted and the current would carry the timber, the men drove the logs down the river. 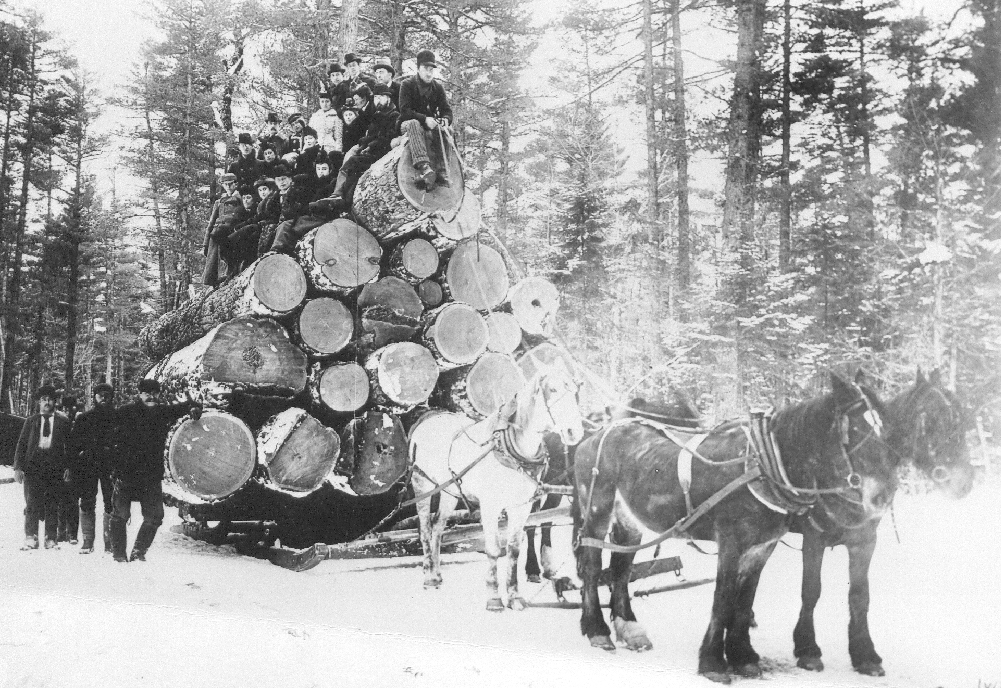 The Era of Major Projects — Energy The Brave