Ten thousand years ago, the Mauricie was covered with glaciers that would shape its future landscape. Three thousand years later, the ice began to crack and melt, giving rise to a majestic river called the Saint-Maurice.

The river runs 563 km, from the countless lakes of the Haute-Mauricie (Upper Mauricie region), down to the St. Lawrence. Along the way, falls and rapids occasionally make the generally placid waters of the Saint-Maurice turbulent and hazardous. 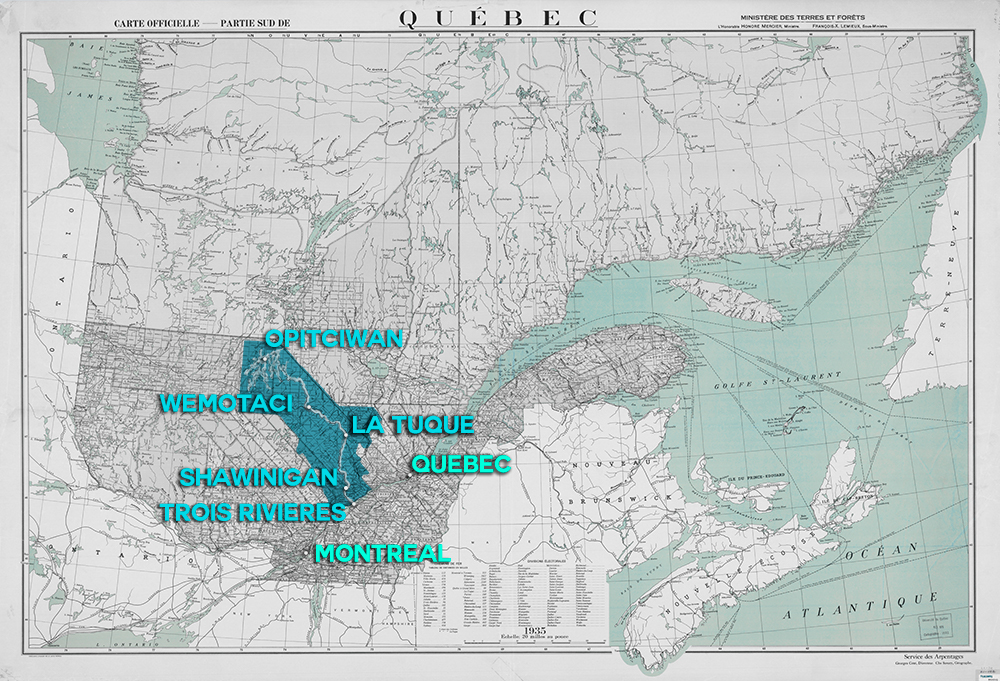 This exhibition is a tribute to the Saint-Maurice, which is the lifeblood of the Mauricie region. Since the arrival of the first Indigenous people, the river has been not only a place to meet and put down roots, but also a source of inspiration and major innovations.

We invite you to take a seat in our canoe as we travel down the river from Opitciwan to Trois-Rivières. The journey will include several stops along the way, in places that will help us understand how the river awakened creativity and forged links between the people of the Mauricie.

So, grab your paddles! We’ll be following in the footsteps of the brave people who shaped the history of our region, which has become a reflection of the Saint-Maurice.