Women were the backbone of many of the city’s Jewish businesses. Their tireless efforts assured the long-term success of stores throughout the city. One of the first was Rachel Columbus Selby. She went to work at age 14 in 1913 to help out her large family. She was a shoe sales clerk for six years before striking out on her own. After selling dresses door to door for five years, Rachel opened her own store – Ray’s Novelty Store – on Main Street in 1925, later moving to Dock Street. 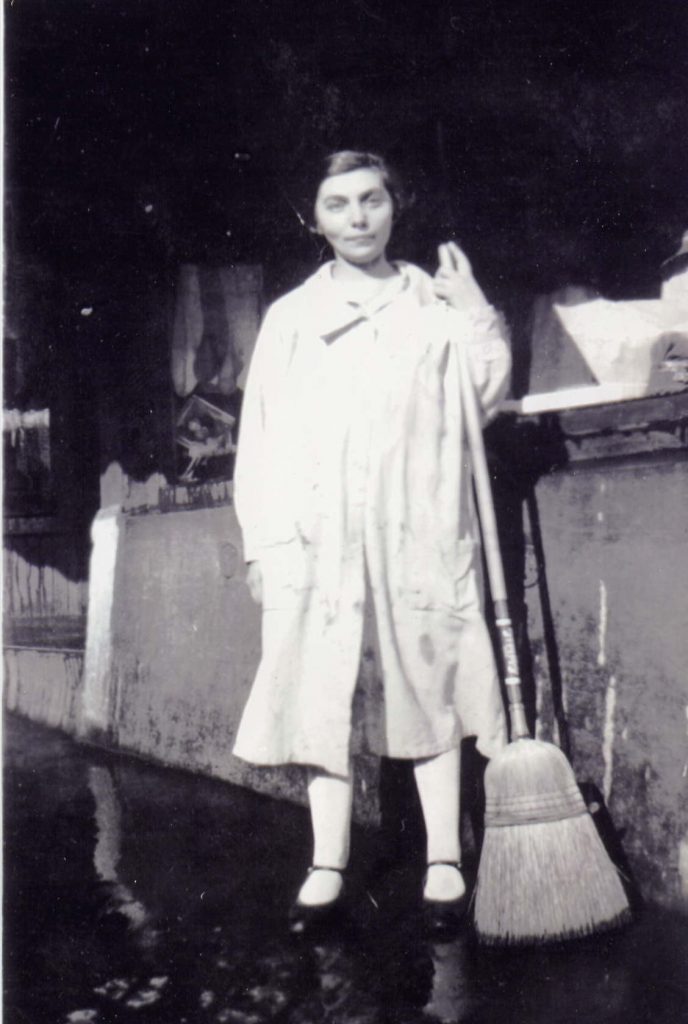 Partners in Life and Business

Ita Dreskin, a Russian immigrant, started as a peddler in 1916, selling women’s clothing from door to door. As she gained customers she began to sell from her home on High Street. Her husband Abe, saw an opportunity and traded his career as a tailor to establish Dreskin’s on Dock Street in 1926. Their daughter Belle Hamburg took over the management of the business in the 1960s.

Millie Isaacs was the bookkeeper and cashier for American Clothing House, working alongside her husband Lisle while raising three young children. After her husband’s untimely death, she carried on through to the 1950s with the help of her son, Ralph. 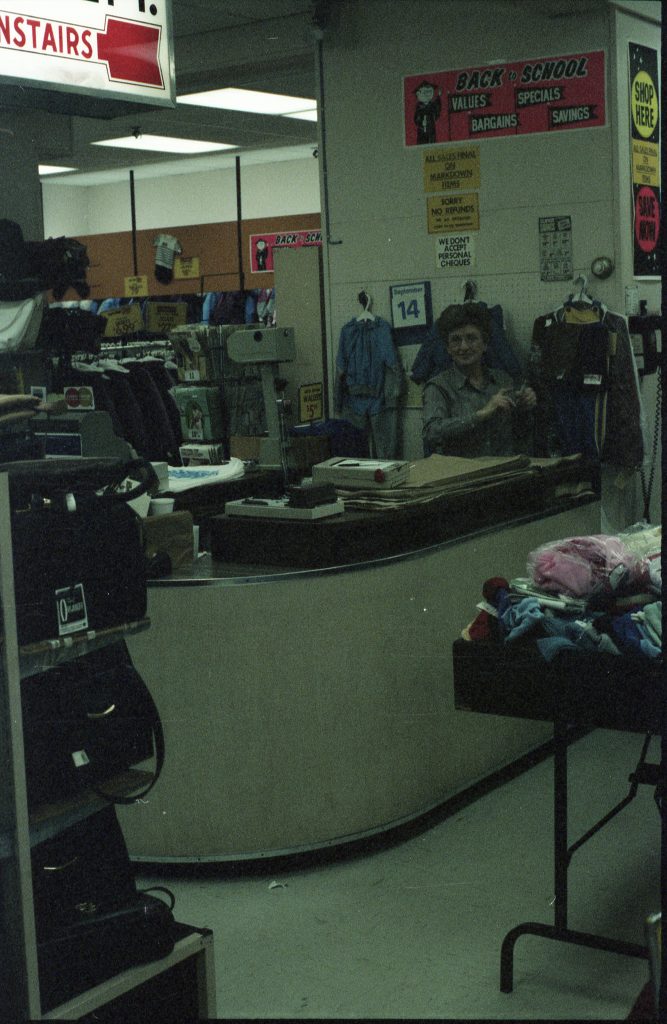 Goldie Davis, known as “Mrs. D.”, worked alongside her husband, Abe at the Ideal Store. She made buying trips to Montreal where she made careful choices of merchandise and waited on customers from all walks of life. An important tenet of the business was extending help to those in need. The store cashed monthly assistance cheques, extended credit and charity with kindness and grace to those who needed it.

Anne Levine, and her husband Jack, opened Jack’s Mens’ Shop in 1937 on Union Street. She waited on customers and helped the seamstresses, even after her children were born. In 1960, she opened her own business across the street when she purchased the Spear Millinery building. It had been the largest millinery store in Canada. Anne travelled to New York to purchase stock from the renowned, “Mr. John”, whose hats were the very last word in women’s fashion at the time. She had found a niche in Saint John which led to great success.

Erminie Cohen and her husband, Eddie opened Hoffman’s in 1947 as a general dry goods store. In the 1960s they chose to focus on women’s classic fashions and Erminie became the buyer for the store. She chose outfits that she knew her customers would like, a feature of the personalized service the store offered. As their customers aged, she would take clothing to their homes for fittings.

Honey (Anne) Smith and her husband Sonny opened Sonny’s Soda Bar in the mid-1960s. It was a popular restaurant and convenience store. As her husband’s health failed, Honey carried most of the workload. She was assisted by her children who helped behind the counter, at the cash and by making deliveries. For a year in the 1960s she fulfilled a dream to run a children’s clothing store – Tots for Teens. 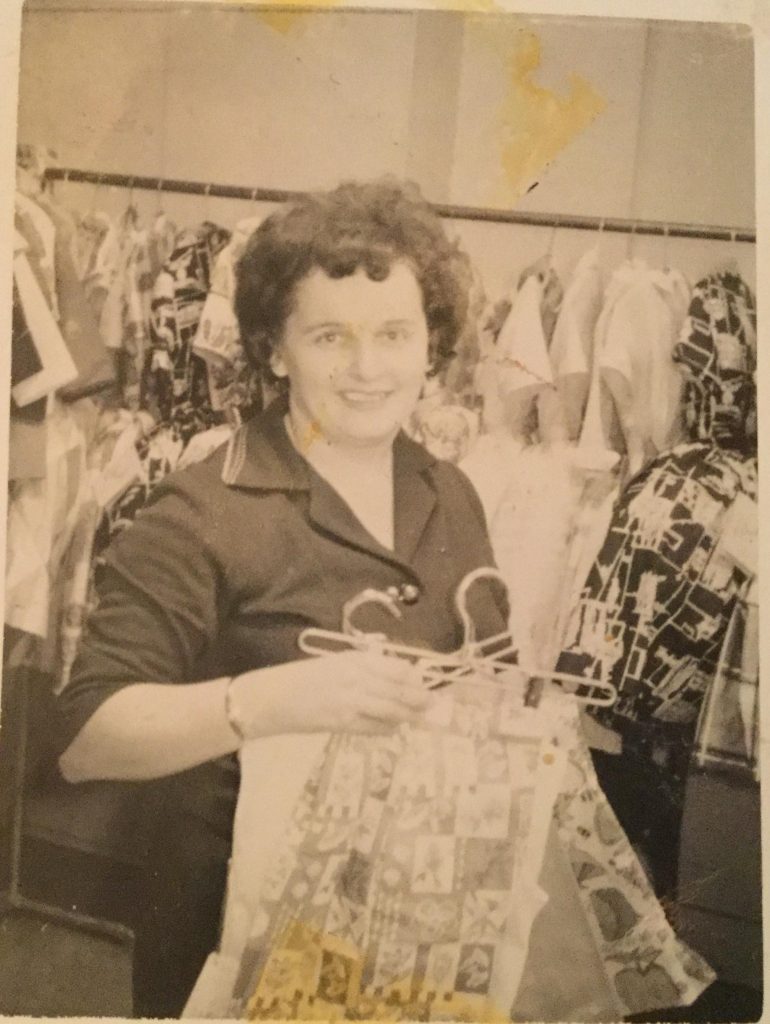 Other women were always in the family stores including Bessie Koven at the Fairville Department Store, Esther Everett at the Factory Shoe Outlet, Ida Fransblow at Fransblow’s Grocery Store, Bessie Paikowsky at Duval’s Hardware, and Ethel Shepherd at the Fabric Centre.

Many women carried on with the business after their husbands passed away. One example was Judith Tobin who ran Tobin’s Tobacco Store. In 1958 she added a snack bar which offered rye bread and pastrami sandwiches along with soup, coffee and milkshakes. Lily Levine worked alongside her husband, Isaac and son, Ron at the Dominion Food Shop, a retail food business for many years. After the passing of her husband, she tried to carry on alone, but called on her son to take over the store.

Many other women who set up shop as the owner, most catering to female customers, including Jean Guss (Bon Ton Beauty Salon), Rose Cornblat (Maternity Nook), Julia Isaacs (The Stork Shop) and Gladys Davis (Hats by Glad). Joanne Morrison opened the first commercial art gallery in the city in 1965 where she represented many prominent Atlantic Canadian artists. 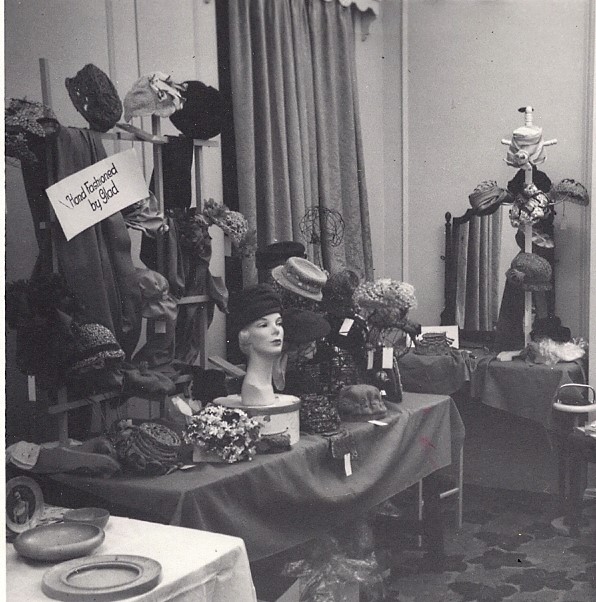