At the turn of the twentieth century Eastern European immigrants established a number of clothing factories and tailor shops in the uptown and the North End. They applied skills they had learned in the shtetls (small towns or villages). In the days before mass produced clothing was available, they were able to establish themselves quickly. 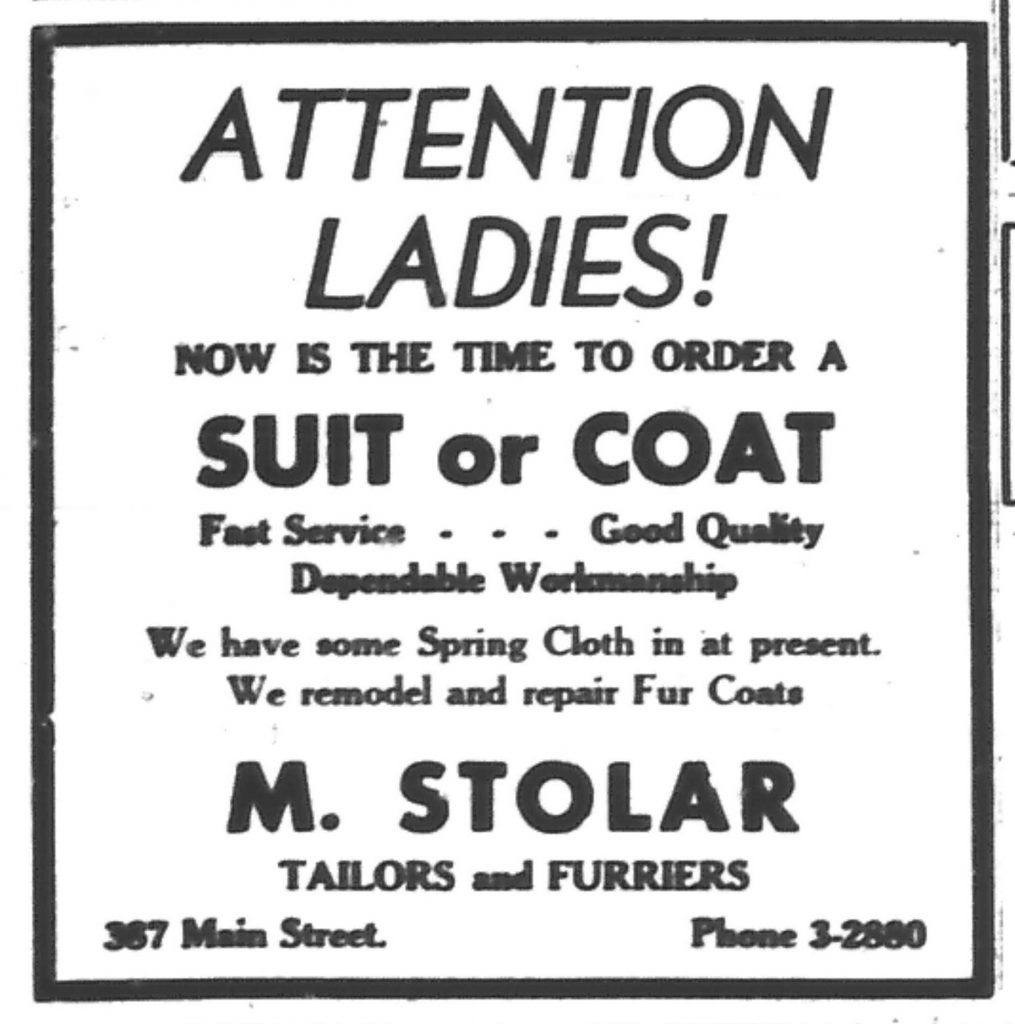 Smaller tailor shops opened in the 1910s and 1920s including those owned by John Rubins, Abraham Dreskin, Morris Stolar, Philip Goldstein, Max Grosweiner and Max Newfield. Once established, some changed their focus to clothing shops. Among these were Abraham Dreskin and Max Grosweiner who moved into the sales of women’s clothing and Max Newfield who focused on millinery. In the late 1930s, Abraham Goldberg opened Superior Ladies’ Tailoring on Charlotte Street and in the 1970s and 1980s Progress Tailors and Furriers on Princess Street. 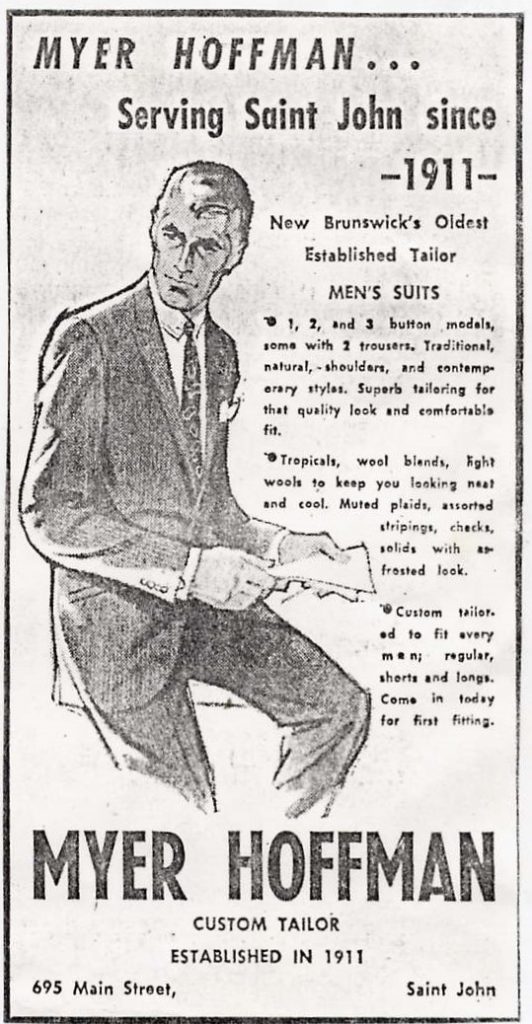 In Weaving the Past into the Present [Saint John, 1989 and 2008], Marcia Koven wrote: “The Hoffman brothers, Myer and Ben, were craftsmen in the art of tailoring. Their business was on Main Street from the 1920s until the 1960s. It was said by the men in [Saint John] that it was a sign that they had ‘arrived’ when they were able to have a suit made at Hoffman’s.” This business at 695 Main Street was one of most prestigious in the city. 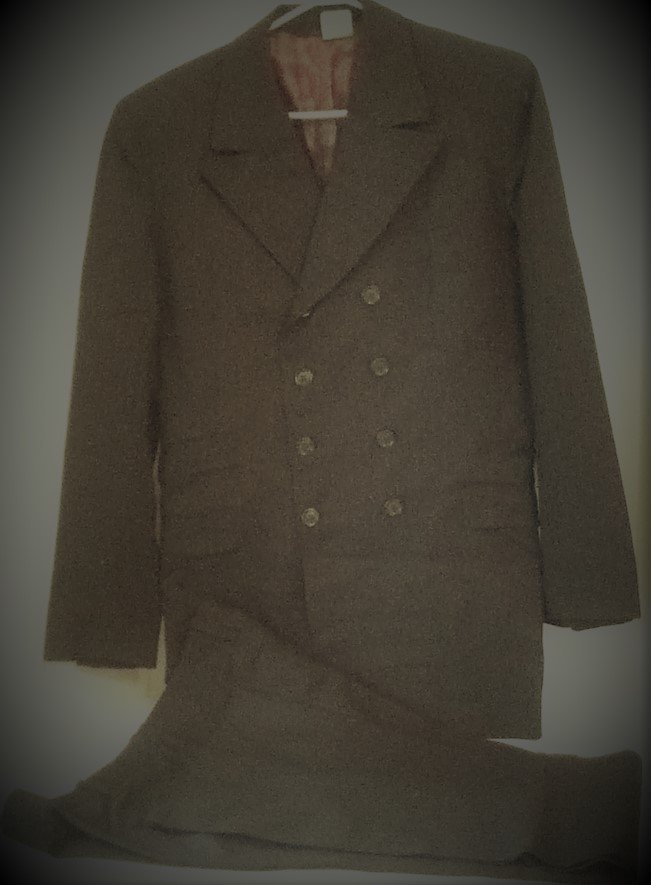 Men’s Suit made by Hoffman Tailors

After working with the Hoffmans, Abraham Rozovsky opened American Ladies’ Tailoring at 629 Main Street in 1921 with twelve employees. Operations moved to 96 Princess Street by 1950. The company was known for making and remodelling fur coats. Edith Katz remembered her grandfather, Abraham Rozovsky, as a man “highly respected for his honesty, integrity and fairness to his employees” and that “[during] the 1950s and early 1960s, when Davy Crockett hats were all the rage, my grandfather made hundreds of them for children and adults. He purchased raccoon skins directly from the trappers.” 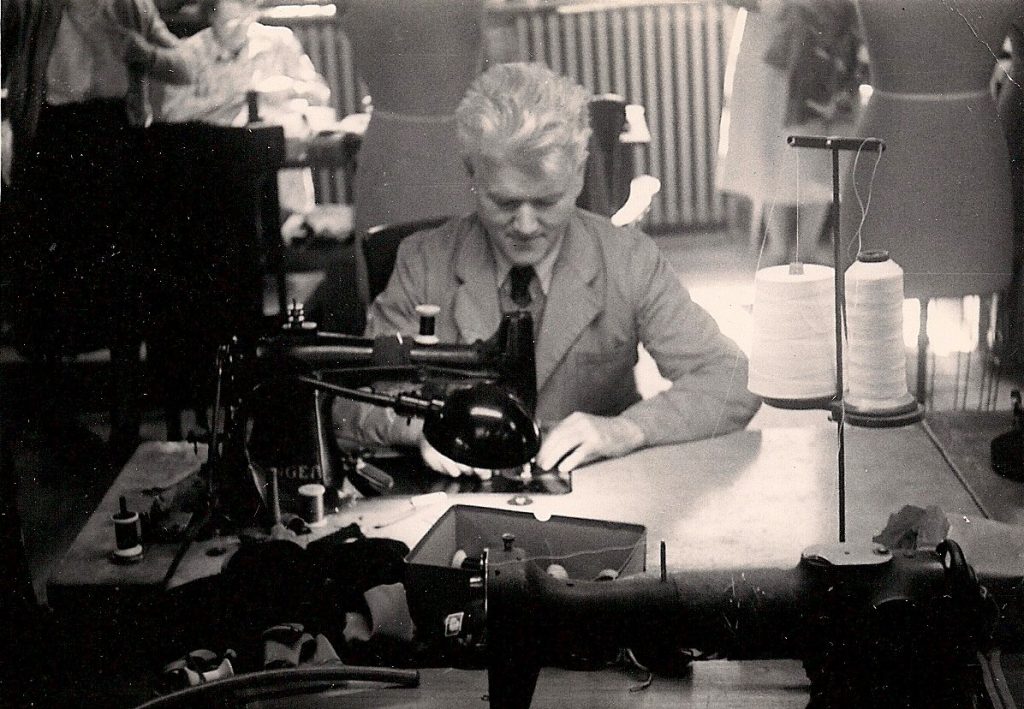