A dozen Jewish doctors had offices in the city, mostly within a short walk or drive of the city’s hospitals. Dr. Joseph Tanzman’s first office as a general practitioner was on Main Street, but after serving in the Second World War, he established his obstetrics office on Coburg Street. Other doctors included Drs. Eli Davis (anaesthetist), Samuel Milrod (surgeon), Moses Polowin (surgeon), Samuel Silver (ophthalmology and otolarynology), Israel Karrel (internal medicine) and Dr. Harold Rosen (neurosurgeon). Dr. Lewis Freedman had his family practice office on Waterloo Street where he saw three generations of patients. 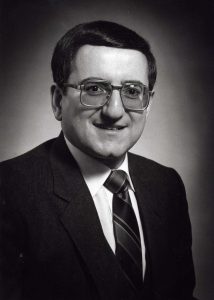 Dr. Frank Boyaner was the first Jewish dentist with an office on Germain Street. Dr. Arthur Steuerman arrived in the city after the war and opened his office on Union Street. In turn, he inspired a young Mitchell Levine to enter dentistry. Dr. Levine’s office was on Waterloo Street in the 1960s before he left the city to specialize in endodontics. Dr. Murray Brown had an office on Dorchester Street for many years. 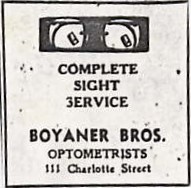 The Boyaner family – Don and sons, Eli and Louis – opened the first Jewish-owned optical parlours, first on Dock Street and then on Charlotte Street. Samuel Goldfeather was another early optometrist and he travelled by horse and buggy through southern New Brunswick to visit his patients before opening an office on Mill Street. His son, Bernard, would join his practice. Two other optometrists – Kemp Epstein and Percy Goldman – had offices on Union Street. 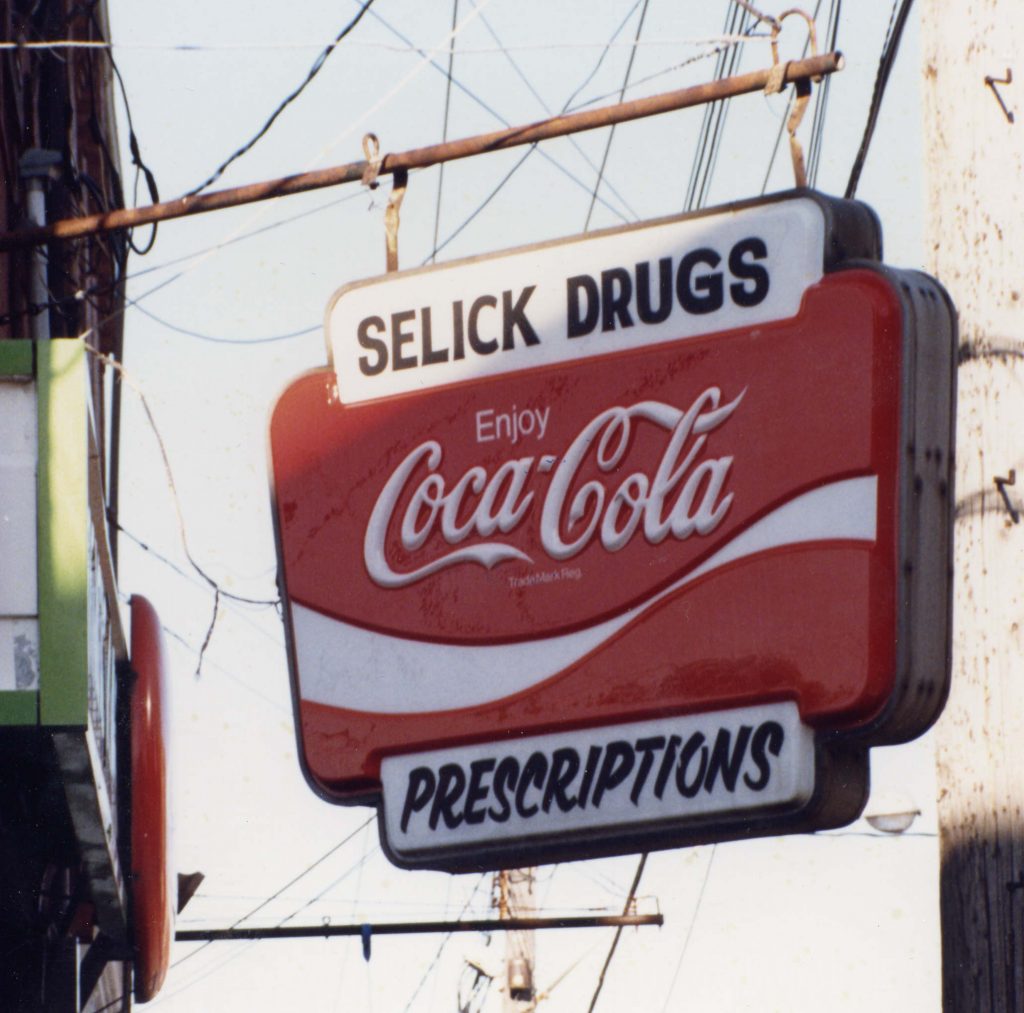 Morris Selick was the first member of the Jewish community to train as a pharmacist and he ran a pharmacy on Princess Street. He also sold marriage licences. In the late 1950s, Lionel April became owner of Robbins Drug Store on Charlotte Street. Many who grew up in those years remember that the door opened with an “electric eye” when they stopped in for a treat at the soda fountain.

Benjamin R. Guss, Q.C. had his law offices in the Ritchie Building at the corner of Princess and Canterbury Streets. For a time, William Meltzer worked with him before opening his own office in the same building. Milton Zides had his office a couple of blocks away on Prince William Street.

There were two Jewish accounting firms in the city. The first was established at 90 Leinster Street as the Brown Business Service which was owned by Adolph and Louis Brownberg and Adolph’s son-in-law, Ben Gomberg. Israel. R. Cohen had his offices on Germain Street and for many years audited the financial records for the congregation

Many Saint John families had portraits taken at Clint Wiezel’s photograph studio in the late 1940s and 1950s. He used an Ansco Portrait camera, experimented with lighting in his photographs and was a pioneer in the use of a dye transfer method to make colour prints that would not fade over time. 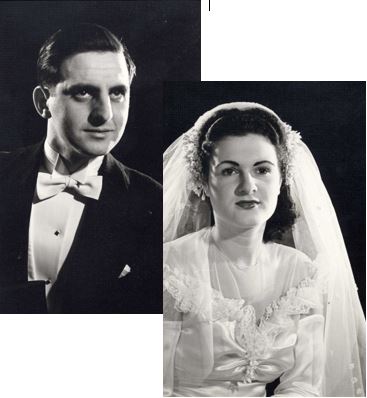 Carl Bassen managed the Investor’s Syndicate investment firm in the Bank of Nova Scotia Building for many years. Later, David Lubin would trade a career selling shoes for one as an investment advisor with Scotia McLeod.

In the days of small independent real estate companies, A. I. Garson and his son-in-law Lionel J. April managed and sold many Saint John properties from their offices on Sydney Street. In the 1960s, Mitchell Bernstein and his son, Mortimer created housing developments in the north end of the city and Murray Neustadter managed the offices of Keith Murray Realty on Prince William Street.