As an Orthodox community until the early 1960s, Saint John’s Jews required ready access to kosher meat and groceries. In the early days of the community, dependence was placed upon the Rabbi, who among his other duties, would be called upon to ritually slaughter chickens. The women would return home to perform the many-step process to complete the koshering of the meat for consumption. 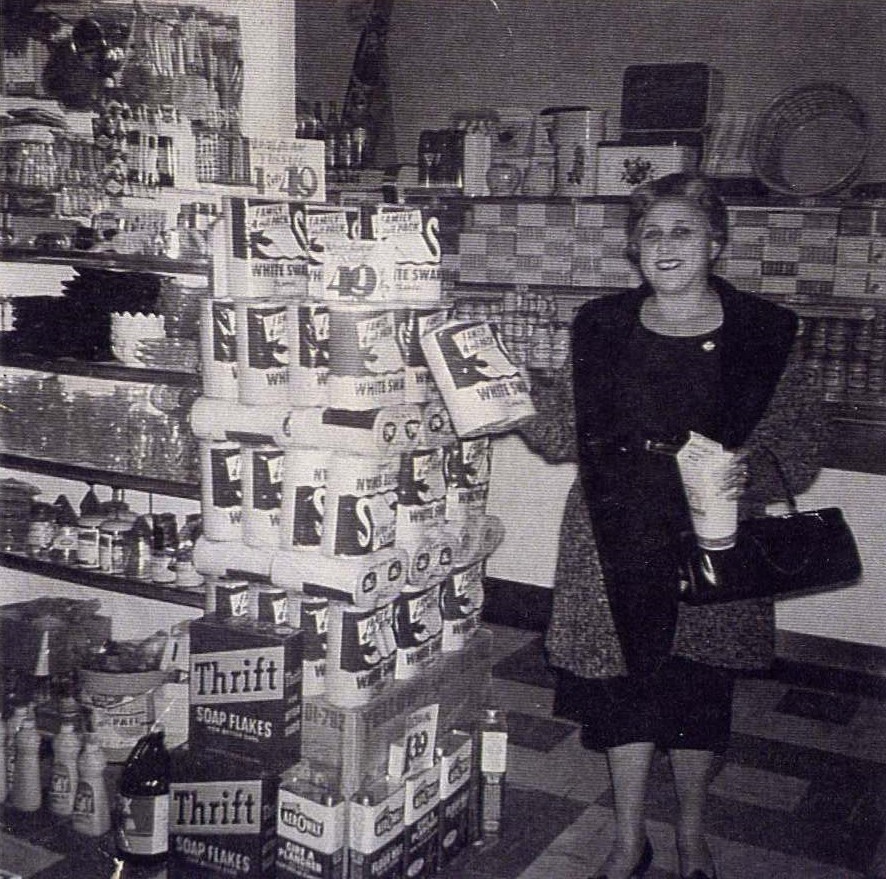 Between 1920 and the late 1950s, Rose Freedman recalled that there were four kosher butchers in operation. Most ran shops on Main Street, in the midst of the Jewish neighbourhood, including David Aranoff, Israel and Maurice Kashetsky, David (and later Myer) Gordon (who later operated a large stall in the Saint John City Market), Benjamin Levine and for a brief period of time, Mr.  Schecter. Mrs. Freedman recalled that the kosher butcher shops were a gathering place in the afternoons for many Jewish women who went shopping twice a week for their family’s needs. 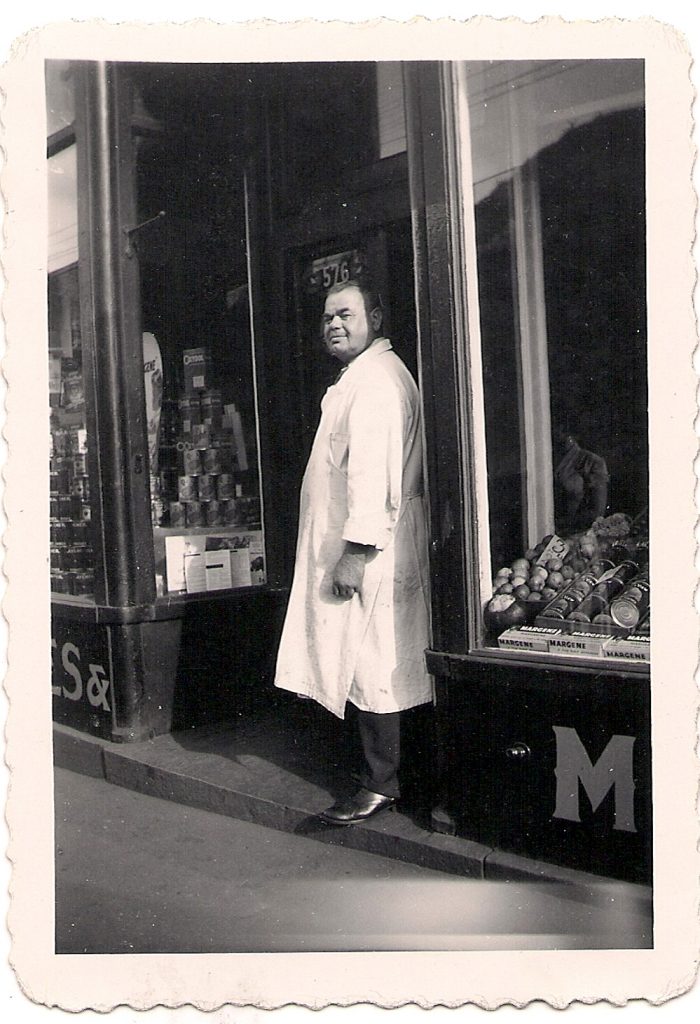 Aside from the kosher butchers there were several Jewish-run grocery stores, some of which were landmarks for decades. The most notable of these were Sereisky’s Grocery (Max Sereisky), Fransblow’s (Max Fransblow), Leo’s Fruit Store (Leo Gilbert), and Dominion Food Shop (Isaac Levine). 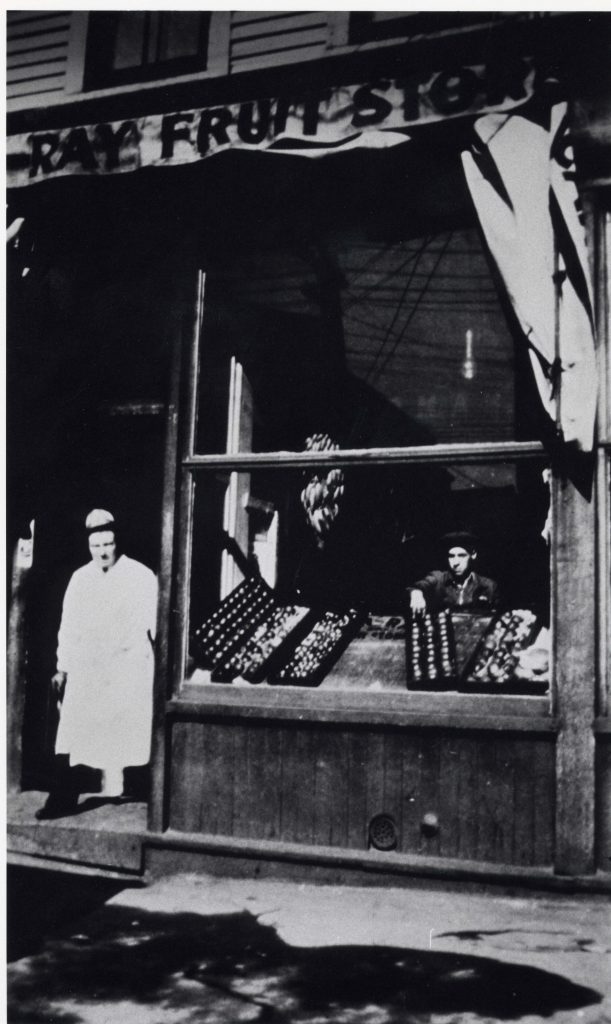 Harry and Moe Holtzman opened the Sun Ray Fruit Store in 1933 and worked as partners until 1954, at which time Moe continued the business on his own. In the early days, Harry looked after the grocery part of the business and brought in rye bread, bagels and other breads from Montreal. The store also sold pickles, smoked meat, herring, white fish and other foods. A separate meat slicer was used for the kosher meat. Until the 1970s, they also brought in the foods required during Passover and for Bar Mitzvahs and other events held in the Synagogue. The Sun Ray also had a lunch counter where customers could be served kosher hot dogs and smoked meat.

Jewish eateries also existed, although none of them served a kosher menu. Among these were Sonny’s Soda Bar, a large and modern soda fountain on the corner with Waterloo Street owned by Samuel “Sonny” and Anne “Honey” Smith; the Dog’n’Suds, a fast food take out on Rothesay Avenue (Louis Michelson and I.J. Davis); the Spic and Span Grill (Mitchell Franklin) and Green’s Restaurant on King Street, later rebranded as Green’s Industrial Catering.

The Union Deli, run by Ron and Sandra Levine, operated as a kosher style deli for more than 20 years. In addition to the catering and lunch time business, they brought in the food for Passover which they often delivered to individual homes and carried a regular supply of packaged kosher foods. A reporter for the city’s newspaper wrote in 2004: “The Union Deli is a place where you can get a lox and bagel and a smoked meat sandwich that rivals some of what you can find in Montreal.” 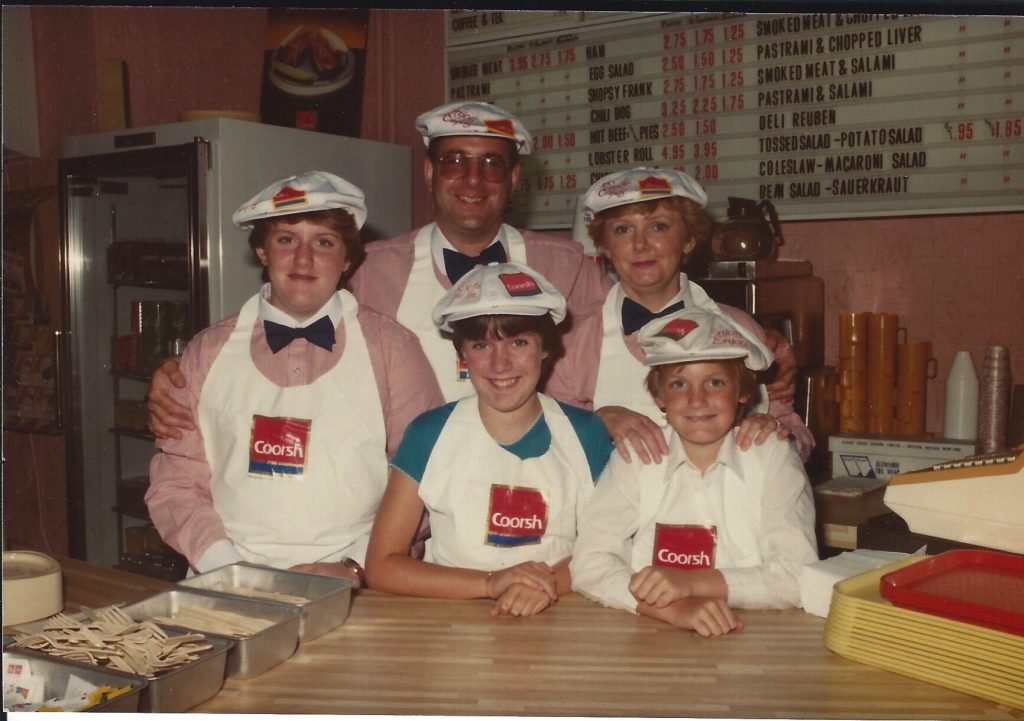