Although most Jewish stores were in the central and north areas of Saint John, some established their businesses on the western side of the harbour. Many of the customers were nearby residents, people who worked at the port or seafarers from all parts of the world. The stores closest to the port on King Street West were lost in the 1950s and 1960s as the port expanded beyond the water’s edge.

Hyman M. Garson was among the first with Ideal Stores at 200 King Street West. The store sold clothing for men, women and children. The store expanded to Union Street in the city centre in the 1930s. Bernard and Isadore Amdur opened their dry goods store a few doors away at 258 King Street West before 1915. Initially they sold men’s and women’s clothing, then added footwear in 1921. In 1922 they expanded the business to a second store on Kings Square in the city centre, adding a millinery department. Isaac Babb started with a junk business, but had a clothing and shoe store at the corner of King and Union Street West in the 1920s.

David Bassen opened a second store in 1936 when he expanded his dry goods store from Charlotte Street in the uptown to King Street West. Stock was sent from the uptown store to the west side. In 1936, Mr. Bassen commented on the challenges of business in the midst of the Depression: “the harder times have served to sharpen our sense of value…working harder, bargaining, taking advantage of every opportunity to secure the lowest possible prices and then when the opportunity was not offered, to make one.” 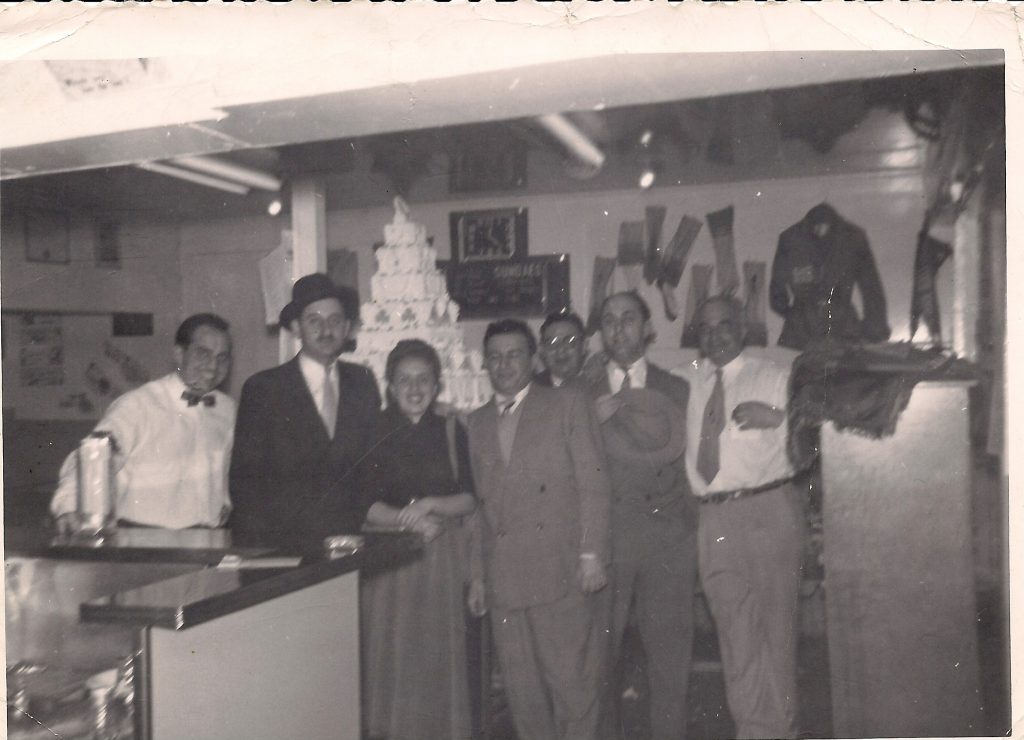 Gar Meltzer opened a diner and variety store on Rodney Street in 1945. He was able to exchange foreign currency and offer service in numerous languages to assist the merchant seamen who docked in the city from all over the world.

Barnett Koven opened The Star Ice Cream parlour in the 1930s.  This was a popular place for the young people in the area. He sold the business to his brother Sydney before taking over the Fairville Department Store on Main Street West. 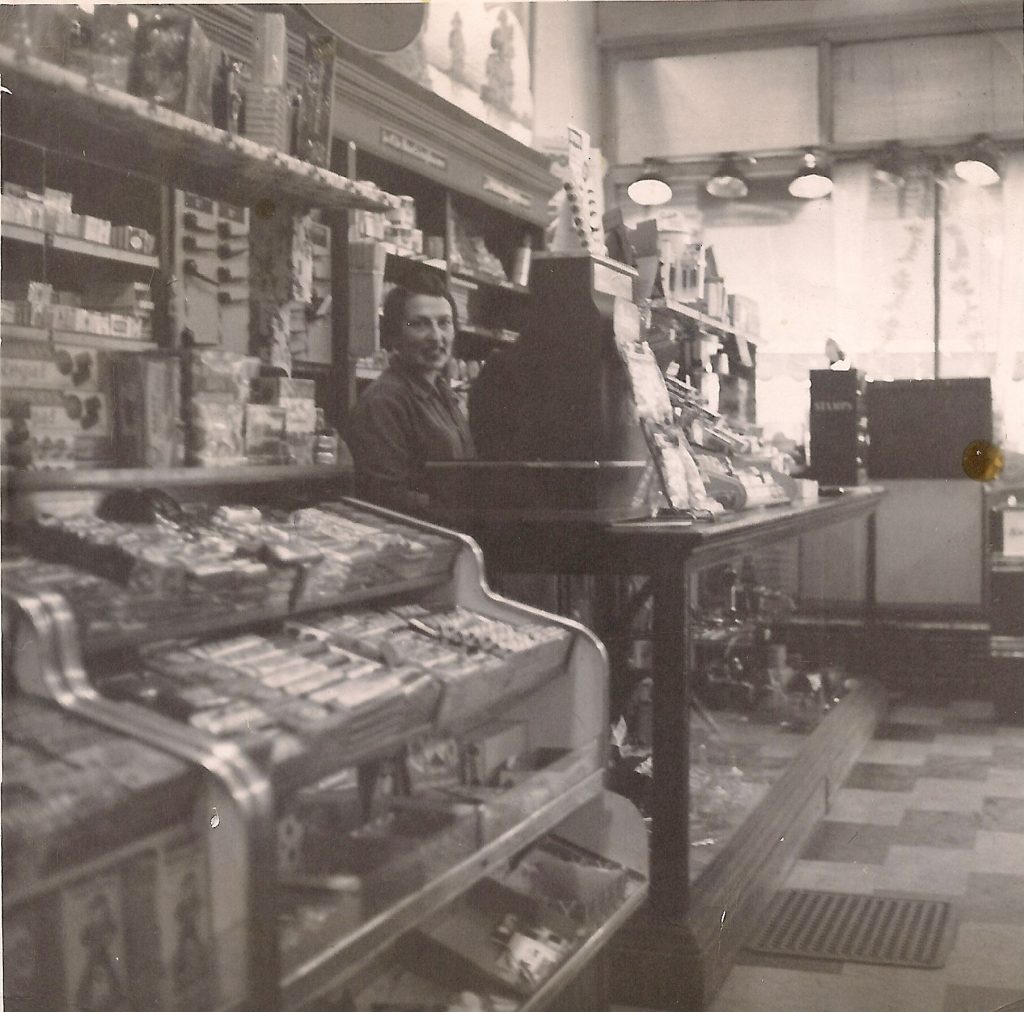 In 1920 Maurice Koven purchased a wooden building on Main Street which became the Fairville Department Store. His brother, Barnett Koven purchased the store in 1939 but due to illness his son, Jerry, took over in the early 1940s and ran the store until it closed on his retirement in September 1994. 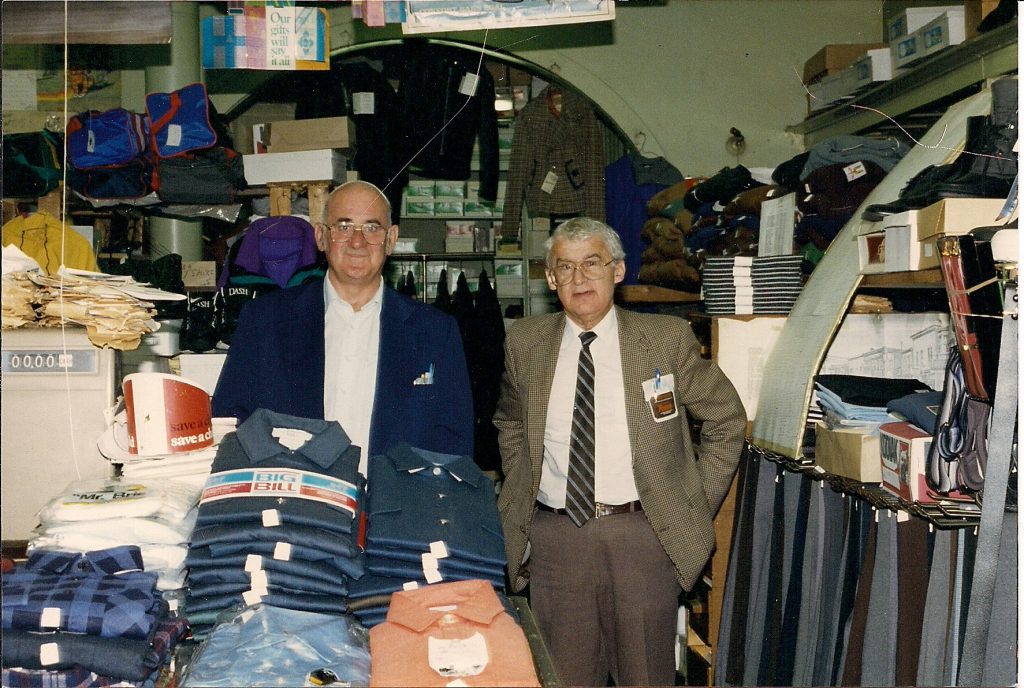 Throughout its history, the store retained the look and feel of an old-fashioned dry goods store with its tin ceiling, well-worn hardwood floors and merchandise hung on hooks or stacked on shelves. Shoes were sold at the back of the store. All sales were recorded on paper, no computer was ever used and all purchases were wrapped in brown paper tied with string. Attentive movie-goers could catch the exterior of the store in a scene from the movie The Children of a Lesser God which was filmed in Saint John in 1985. 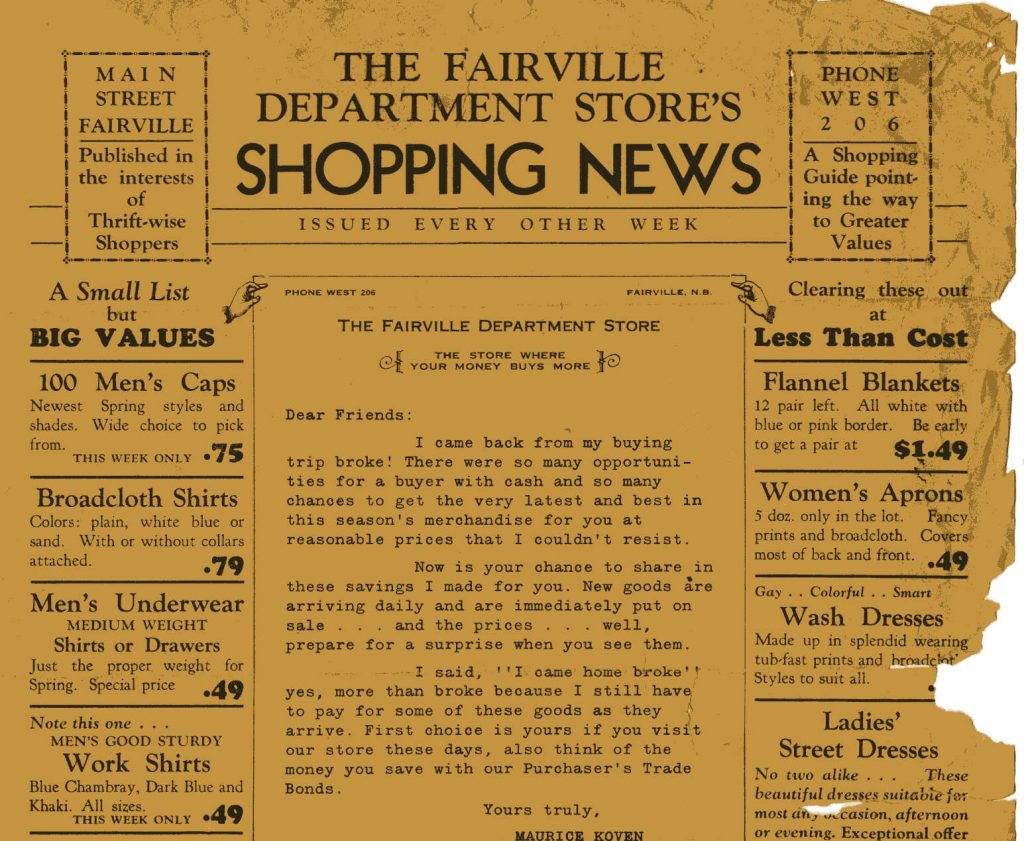