Jewish owned clothing stores made up a significant proportion of the Jewish owned stores in Saint John from the 1920s to the 1960s. Many had evolved from tailor shops and although they still offered tailoring services to improve the fit of the ready-made clothing, the sale of ready- made clothing now made up the bulk of their business. 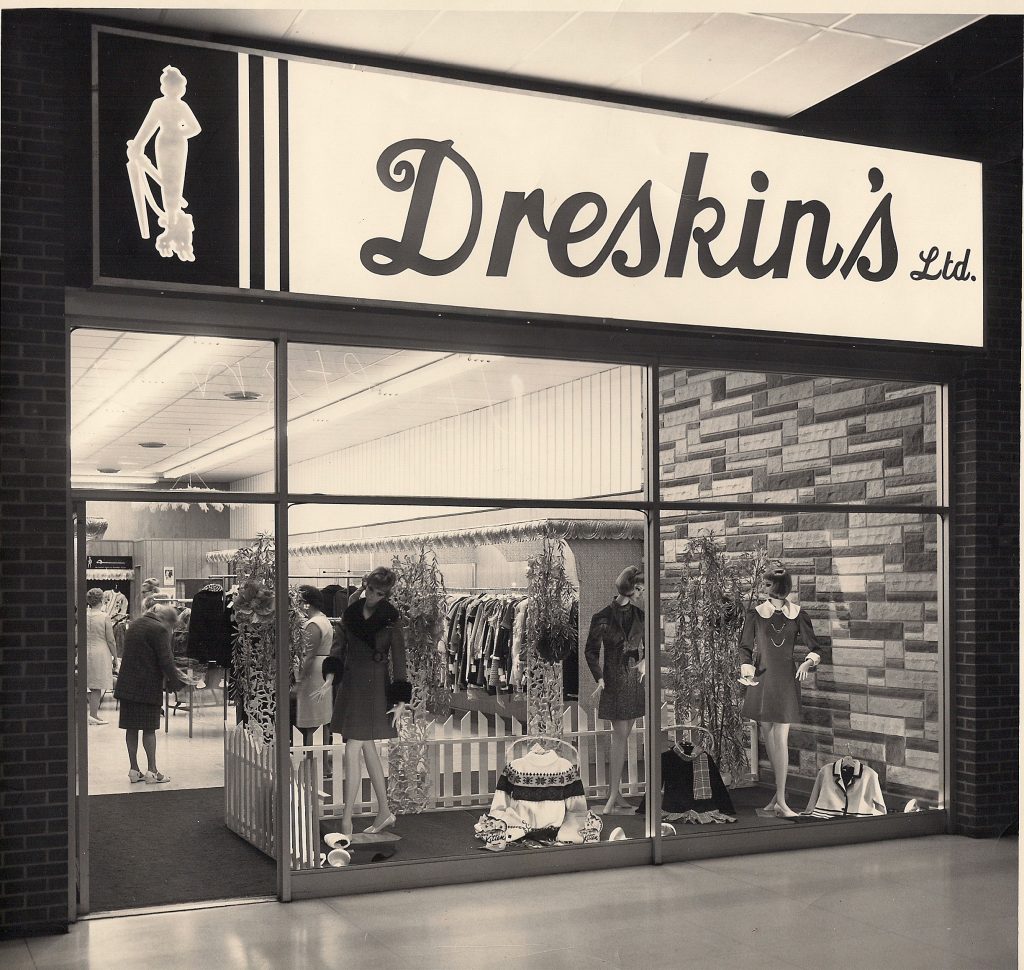 The Evening Times Globe (Saint John) of September 26, 1936 gave a sense of what its female customers could expect to find:

“Paris has told her story with unusual charm at A. Dreskin’s ready-to-wear house, Dock Street. Swirling skirts and pencil slim silhouettes, moulded waistlines high and slender, piquant peplums and flying coat tails, all these tell the story of the new fall fashions as decreed by Paris. Gowns showing the Napoleonic influence of magnificent fabrics and ornaments or simplicity that defies imitation; of Elizabethan fullness and Edwardian regality, … Street costumes in the princess silhouette are being shown at Dreskin’s as boxy swagger suits lavishly trimmed with fur. Fall swaggers, princess lined coats and coats effecting peplums in front only are included in the extensive stock of this ready-to-wear house.”

The store would maintain the same high standards for fashion until it closed in 2006. 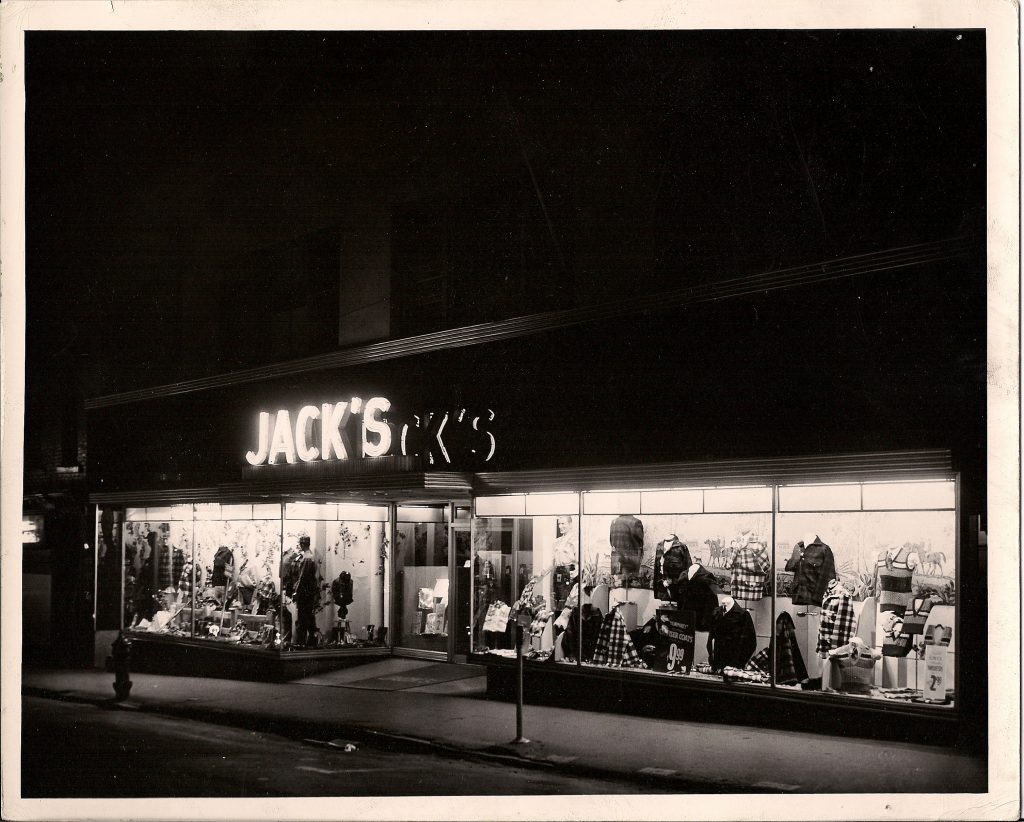 The men of Saint John had a number of options for purchasing suits and sportswear including Solly’s (Solly Goldberg), Zave’s Mens’ Shop (William Meltzer), Hart’s Dry Goods, Jack’s Men’s Shop (Jack D. and Ellis Levine), Jack Calp’s, and American Clothing House (Lisle and Ralph Isaacs).  Jack Levine carried a large line of men’s suits, as well as work wear for labourers in the city. Jack Calp relied on his ability to get the feel of the cloth in the suits that he sold to measure their quality. The American Clothing House was a men’s fine clothing store. During the Second World War they also supplied uniforms for the naval base at Annapolis, as well as uniforms for local police and other organizations. 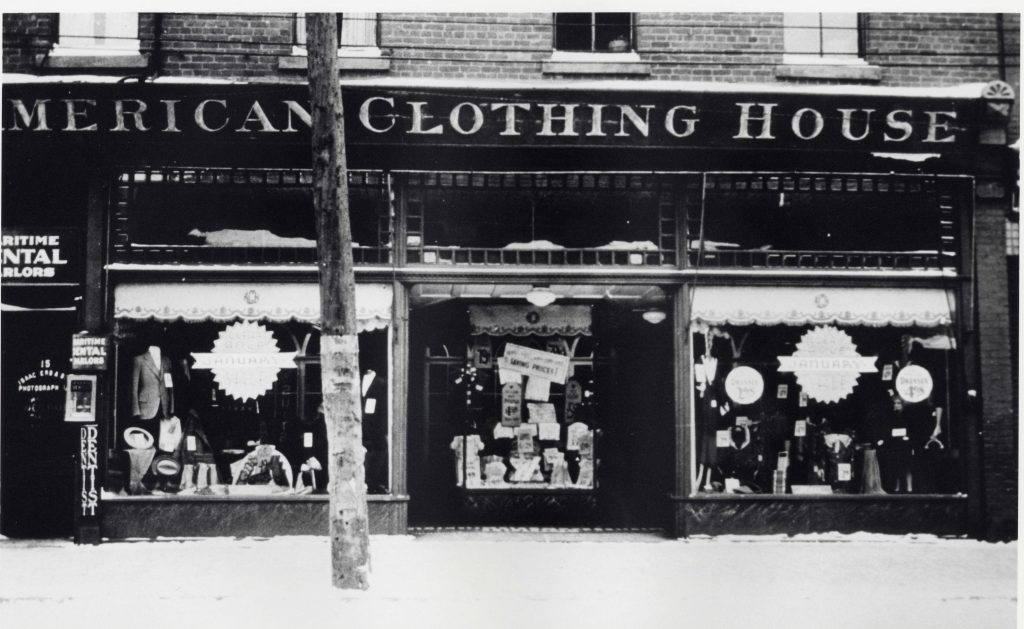 The stores offering women’s clothing made sure that the selections reflected the latest styles. Shoppers could choose from Essing’s, Macy’s Dress Shop, Calp’s, and the Princess Dress Shop (Lewis Selby). The Princess Dress Shop boasted that they carried a selection of 1,000 styles. After a renovation to the store in March 1951, The Evening Times Globe newspaper reported that the store had three large show windows, four fitting rooms, and “full lines of dresses, coats, shortie coats, ladies’ suits, blouses, blazers, sweaters and hosiery” from well-respected manufacturers that suited all budgets. 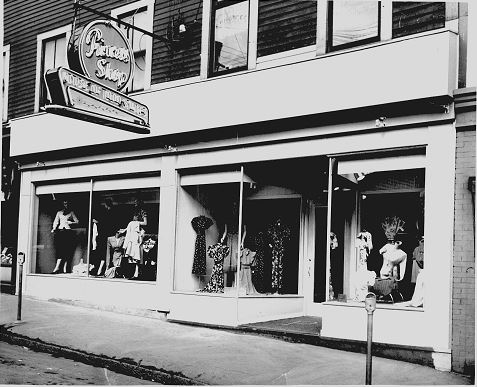 All of the clothing stores offered quality and service to their customers, and many of the garments that were purchased were worn for years and passed down to children for special occasions.