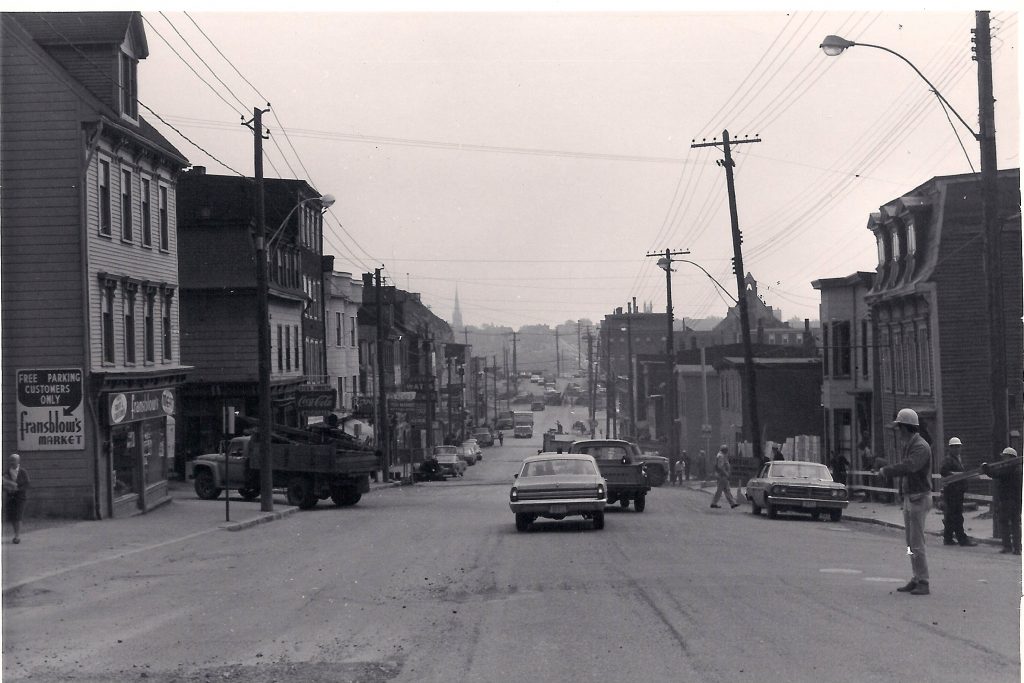 Main Street was the major Jewish business district from 1910 to 1969.  This street ran from the city’s uptown through the north end of the city and was lined with wooden structures. Stores were at the street level and apartments on the second and third floors above. The residents were of modest means, and many of them were Jewish. Marcia Koven wrote in Weaving the Past in to the Present:

“The street was lined with stores selling clothing, boots, shoes, ladies’ hats, ladies’ apparel, family clothing, furniture, men’s tailoring, the inevitable Kosher butcher, a few grocers and the Blue Bird bottling plant which made Kik Cola. Next to one of the butcher shops, at the foot of Main Street, was a room called the Main Street Hall. This hall was used for prayers twice a day.”

This part of the city was almost a community unto itself, but did draw customers from across the city. The low rents in the area were also an advantage, freeing up money to purchase merchandise and compete with businesses in other parts of the city.

Among the earliest stores was Barney’s which was opened by Barnett Jacobson in 1910. Barney H. Everett joined him in 1918 and took over the operation in 1930. This department store was one of the largest in the city with a street frontage of 50 feet. Customers were drawn from as far as fifty miles outside the city. Barney’s expanded to Union Street in the uptown in 1938 and closed in the early 1970s. In 1915, Joseph Stekolsky opened People’s, a family clothing and footwear store. Newfield’s Millinery opened its doors in 1928 under the management of Max Newfield. Mr. and Mrs. Nathan Meltzer purchased the store in 1928. Other dry goods stores included Jacobson and Company, and the Grand Department Store (Morris Koven). Newer stores came along in 1947 – Berny’s which was opened by Bernie Bloom – and 1948 – Hoffman’s Department Store, purchased by Eddie Cohen. 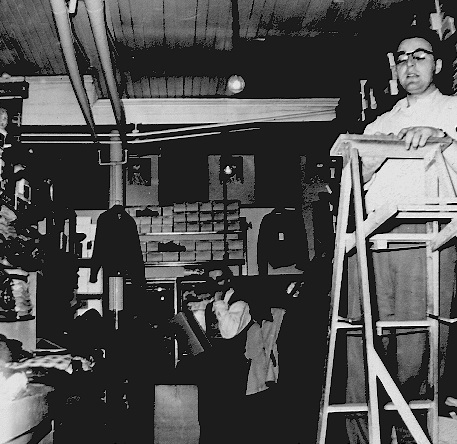 The Aranoff Brothers opened their grocery store in 1911, initially selling only meat. Later the meat department was closed and they focused on the sale of fish, vegetables and packaged items. They offered delivery to all areas of the city. Other butchers and grocers included Samuel Kashetsky, Max Sereisky, Morris Syers, Maurice Everett and Sam Fainer. Max Fransblow arrived in the city in 1947 from northern New Brunswick to open his grocery store, first at 685 Main Street, near the viaduct before moving to the corner of Main Street and Lansdowne Avenue to make way for a new viaduct connecting the north and central parts of the city. Fransblow’s Grocery moved to Main Street in West Saint John after his store was “forced out of business” by the urban renewal program in the late 1960s. 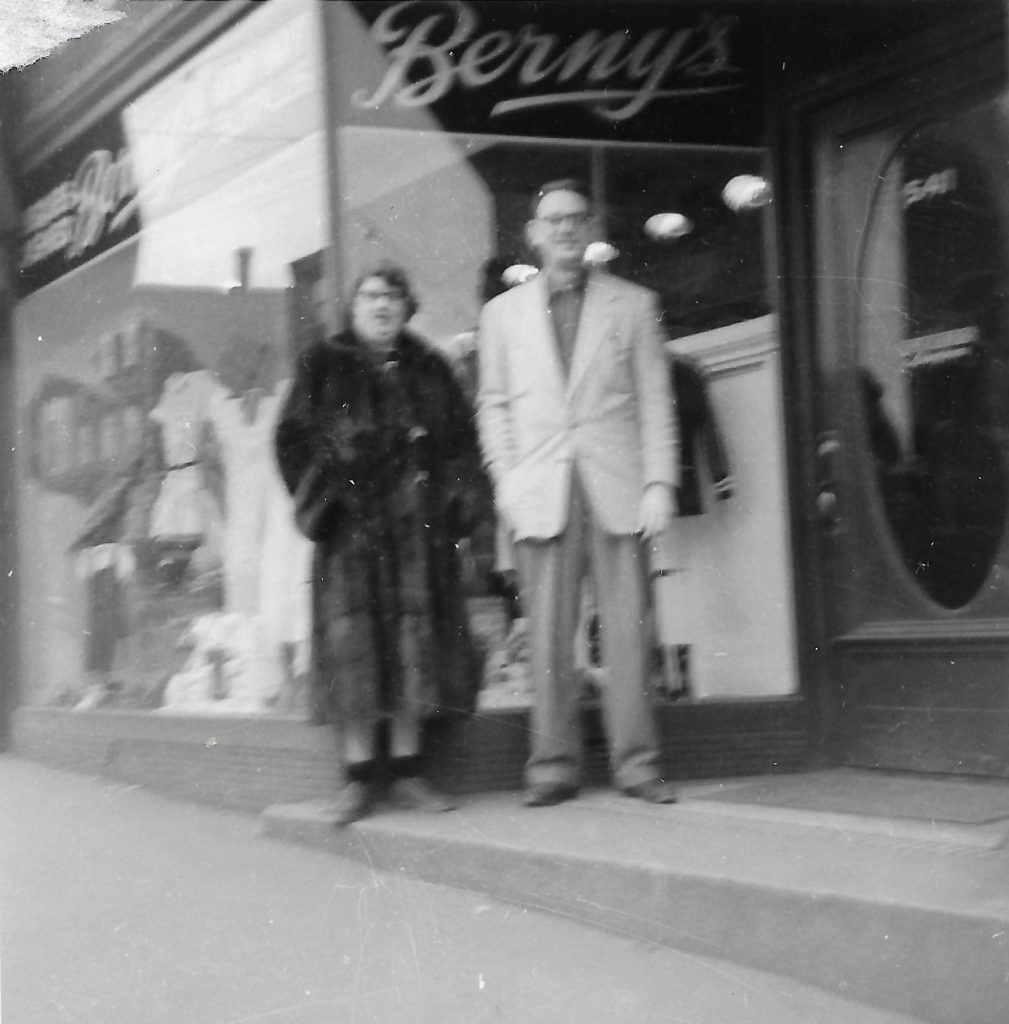 Urban renewal in the late 1960s completely transformed this business and residential area. The buildings, many of them becoming dilapidated, were demolished to make way for a six-lane thoroughfare lined on one side by modern low rise office buildings. Some Jewish businesses relocated to the uptown or the west side of the city, while others chose to close or retire. All that remains are black and white photographs capturing what was once a lively area of the city.