Jewish-owned retail activity began to decline in the sixties for a number of reasons. One of the most important factors was the departure of the merchants’ children to attend university leaving few to operate stores. Others were changes in shopping patterns as the result of urban renewal, the arrival of large national department store chains and the development of large shopping centres. 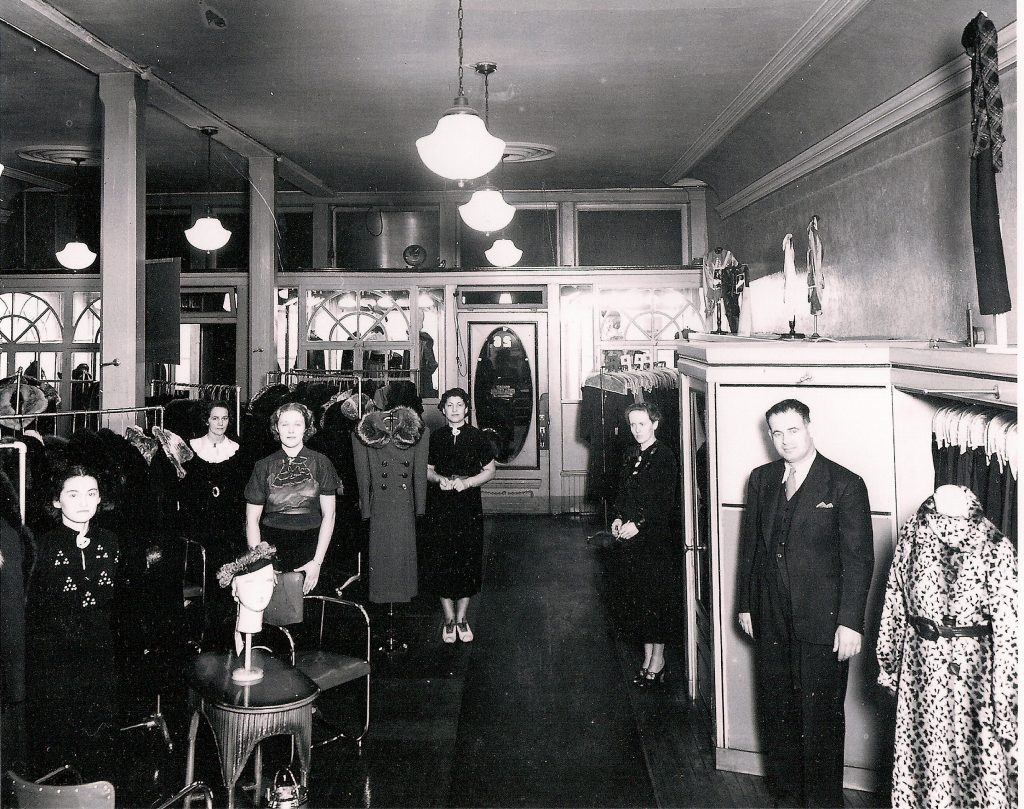 Abraham Calp began his career in Saint John as a peddler before opening a small store on Charlotte Street in 1933. He was soon doing well enough that he could move to larger space further down the block. The space expanded to surround the Bank of Nova Scotia building and allowed for entrances on both Charlotte Street and Kings Square. In addition to clothing and shoes, the store included specialty departments. Calp’s was a landmark in the city, known for the quality of its merchandise and its annual bridal shows. 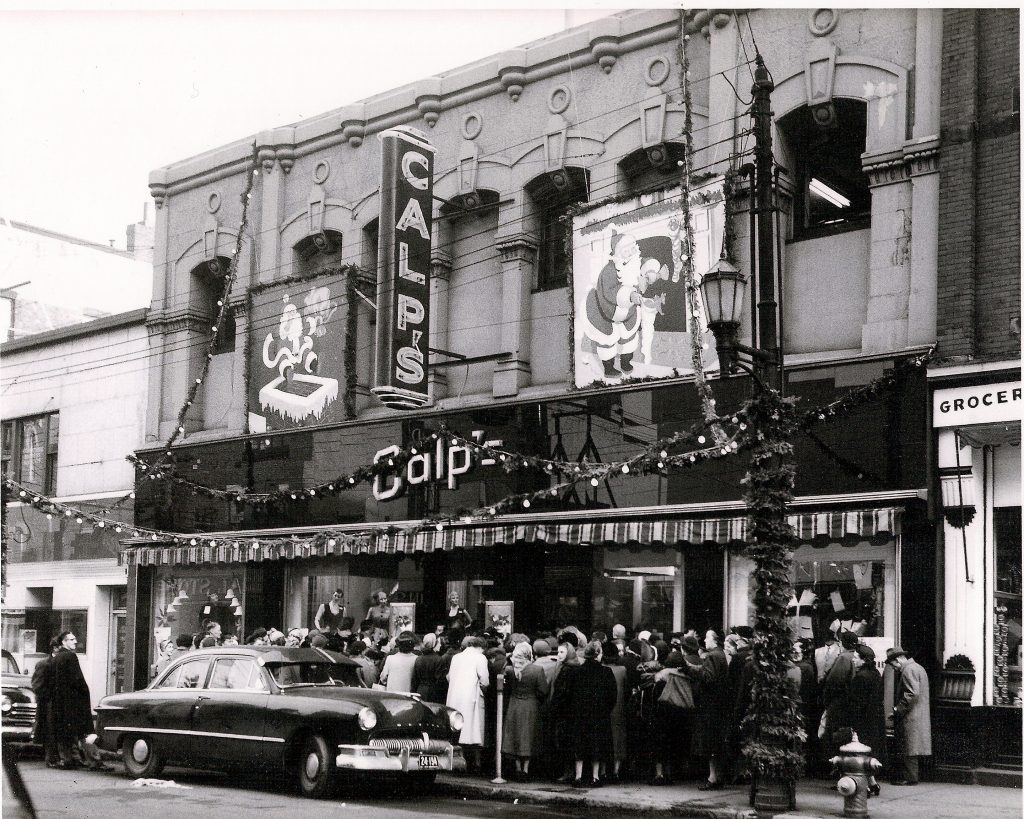 Jack Calp worked with his brother Abraham before opening his own men’s wear store on King Street in 1948, moving to Charlotte Street in the 1970s. His son Norman carried on the business when Jack retired. Norman had learned the clothing trade from his father and grandfather who told him :  “You have to develop your fingers like a violinist would develop their fingers.” This was the first store in the city to install a roll-down steel gate in 1996 which protected the store when it was closed, an indication of the decline of the shopping district. 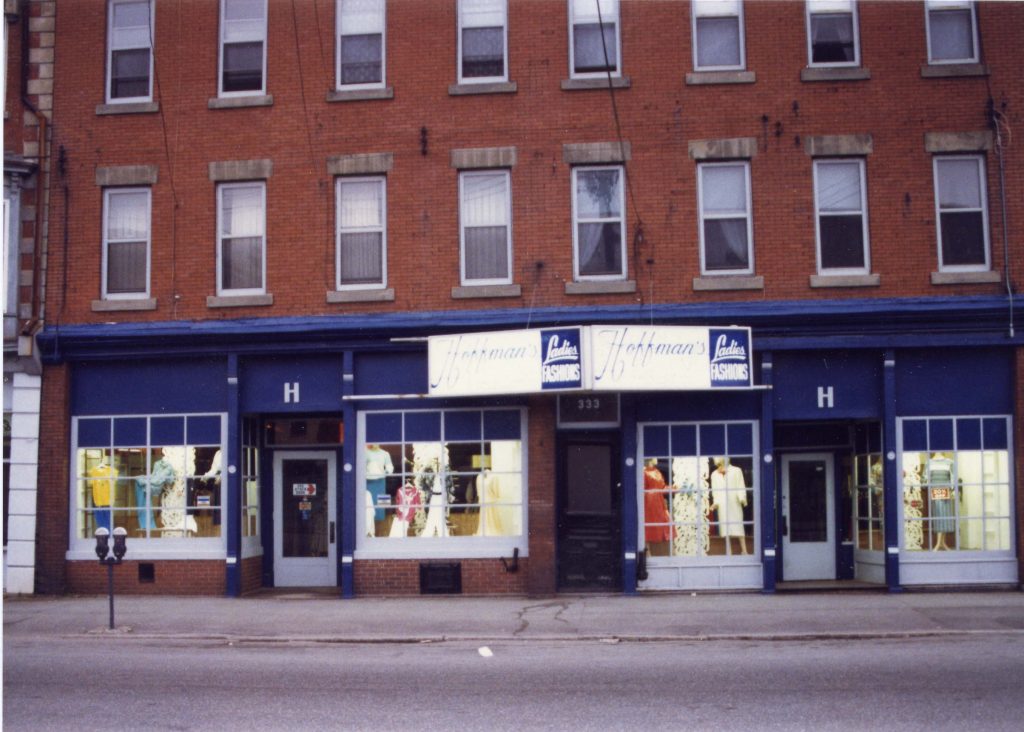 Hoffman’s Edgar Cohen bought Hoffman’s on Main Street in 1947 and sold clothing and shoes for men, women and children as well as material and knick-knacks. By the 1960s, he had dropped all but ladies’ fashions and brought in his wife Erminie to buy the merchandise. The stock was purchased with the customers and individuality of styles in mind and sold with dedicated personal service. The store survived until November 1996 even though it was remote from other stores. 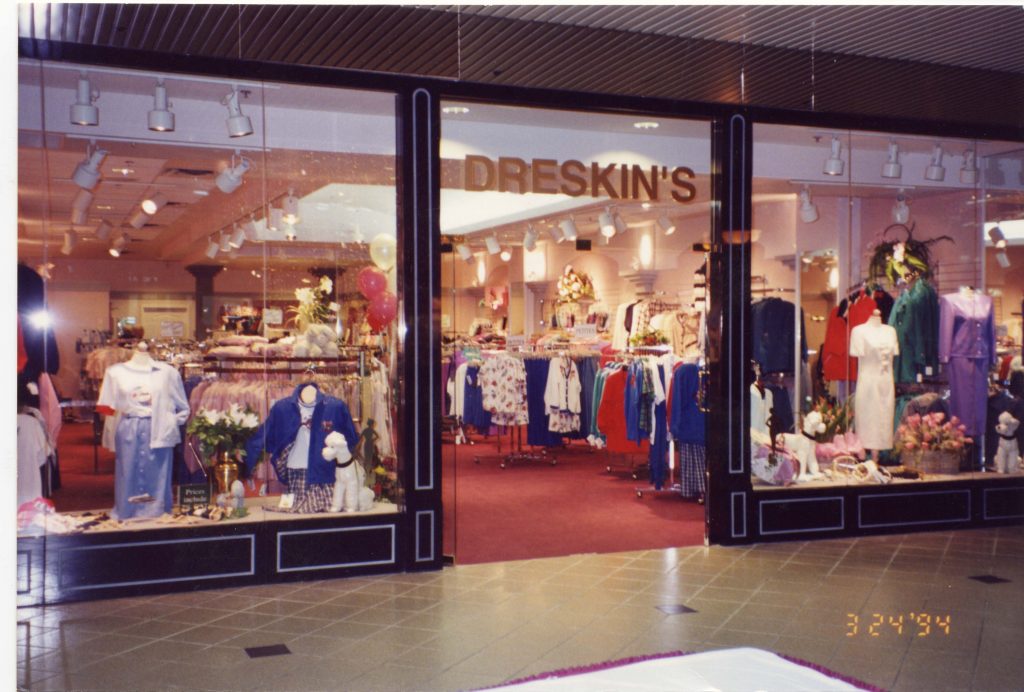 Dreskin’s was in four locations after its founding on Dock Street in 1926 by Abraham Dreskin. His daughter and son-in-law, Belle and Phil Hamburg took over the business in the 1950s. In turn their son, Norman opened a branch of the store in the Lancaster Mall in 1968. The family sold women’s wear and by the 1970s was focused on mature, professional women. The store moved to 237 Union Street in 1976 and then to Brunswick Square in 1994. In 2004, Norman Hamburg summed up shopping trends: “It is my belief …the store front business is the dinosaur of our generation. The general shopper today was brought up, weaned and educated to shop at malls.” The store closed in 2006 when Norman Hamburg retired.