A walk through the uptown of Saint John in 2021 reveals little of the vibrancy of the Jewish businesses which once flourished along King, Charlotte and Union Streets. Some of the buildings have been demolished and those that remain retain no outward signs of previous usage. Only two locations retain external signage – the tiles in the recessed entrance to what was Jack’s Men’s Shop on Union Street still read “Jack’s” and the metal security wall at Jack Calp’s is still in place. The only other exception is the Sunray on Waterloo Street, which continues to operate in the same location as a convenience store. 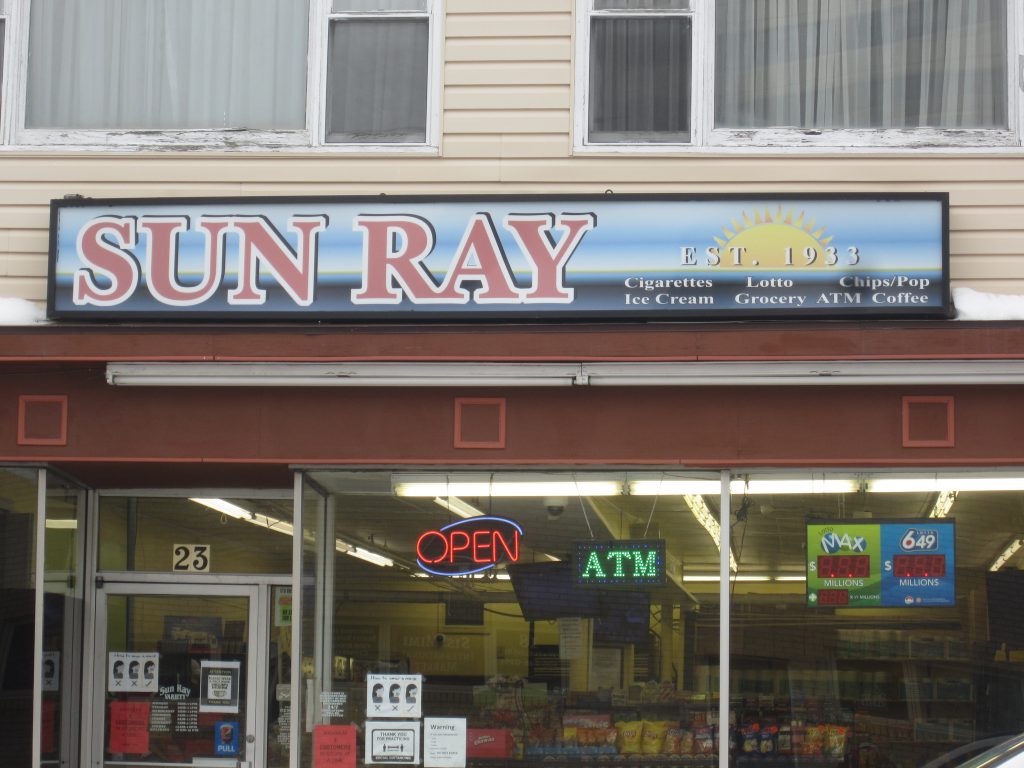 The collections of the Saint John Jewish Historical Museum include donations of letterhead, shopping bags, and shoehorns that represented some of the businesses that once lined the streets. These items have come from a many different people, and generally served a practical purpose before being turned over to the Museum as homes were downsized.

A good example, are shoehorns which were made of metal and engraved with the store’s name and address. Those donated to the Museum all show some signs of wear, but also endurance as the lettering remains mostly clear. 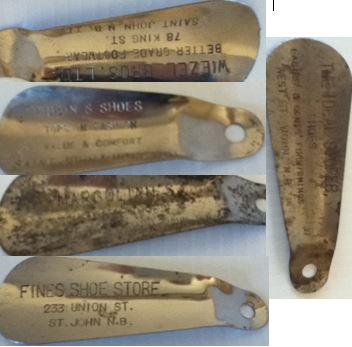 Boxes and bags that once held purchases also survive – some were kept as souvenirs and appear almost new, others found new uses to hold clothing or papers. Few merchants today would carefully fold suits, shirts, scarves or hats with precision and care into specially designed boxes for the journey from store to home. 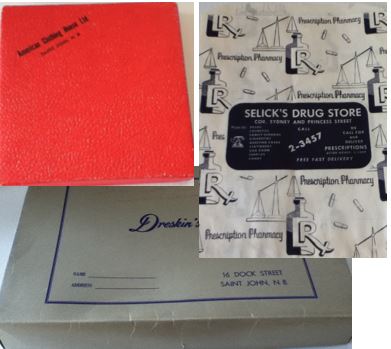 The letterhead used by Saint John’s Jewish merchants ranged from simple pre-printed receipts with spaces for handwritten details of purchases made and prices to elegant notepaper for formal correspondence with suppliers or customers. Most of this survived by a less direct route, as some was used by the men elected to the Synagogue board to record meeting minutes or engage in correspondence with community members and organizations. Most store owners had paper that included their address in the city and for some a simple line drawing that represented their business. 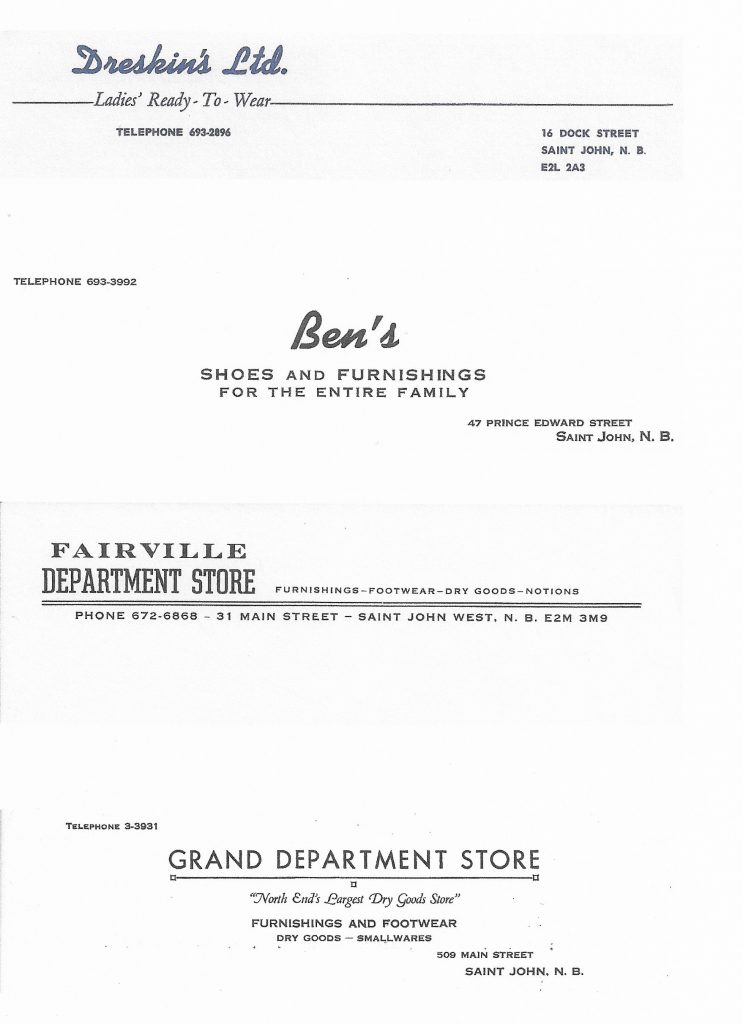 Few ledgers have survived, but the details from the book kept by Hoffman Tailors reveal the complexity of measuring, cutting and sewing the custom-made suits that were highly prized by their owners. 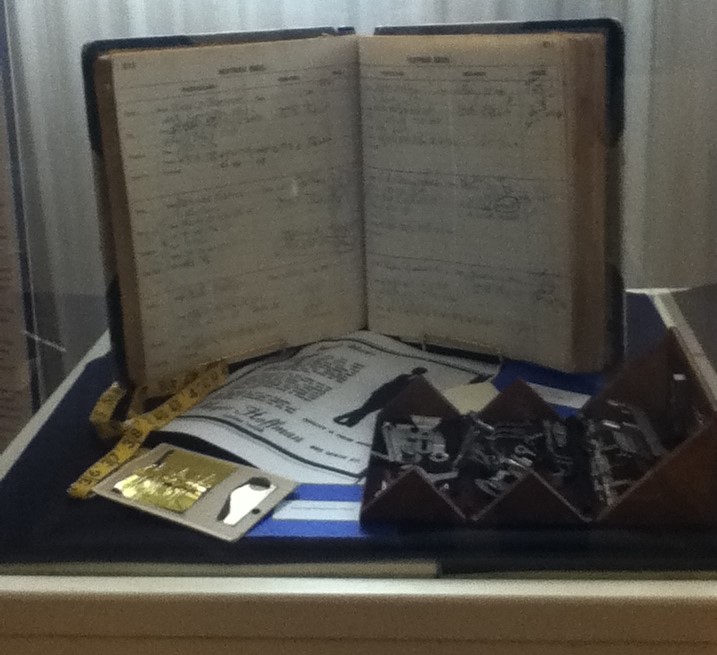 The End of an Era Remembering