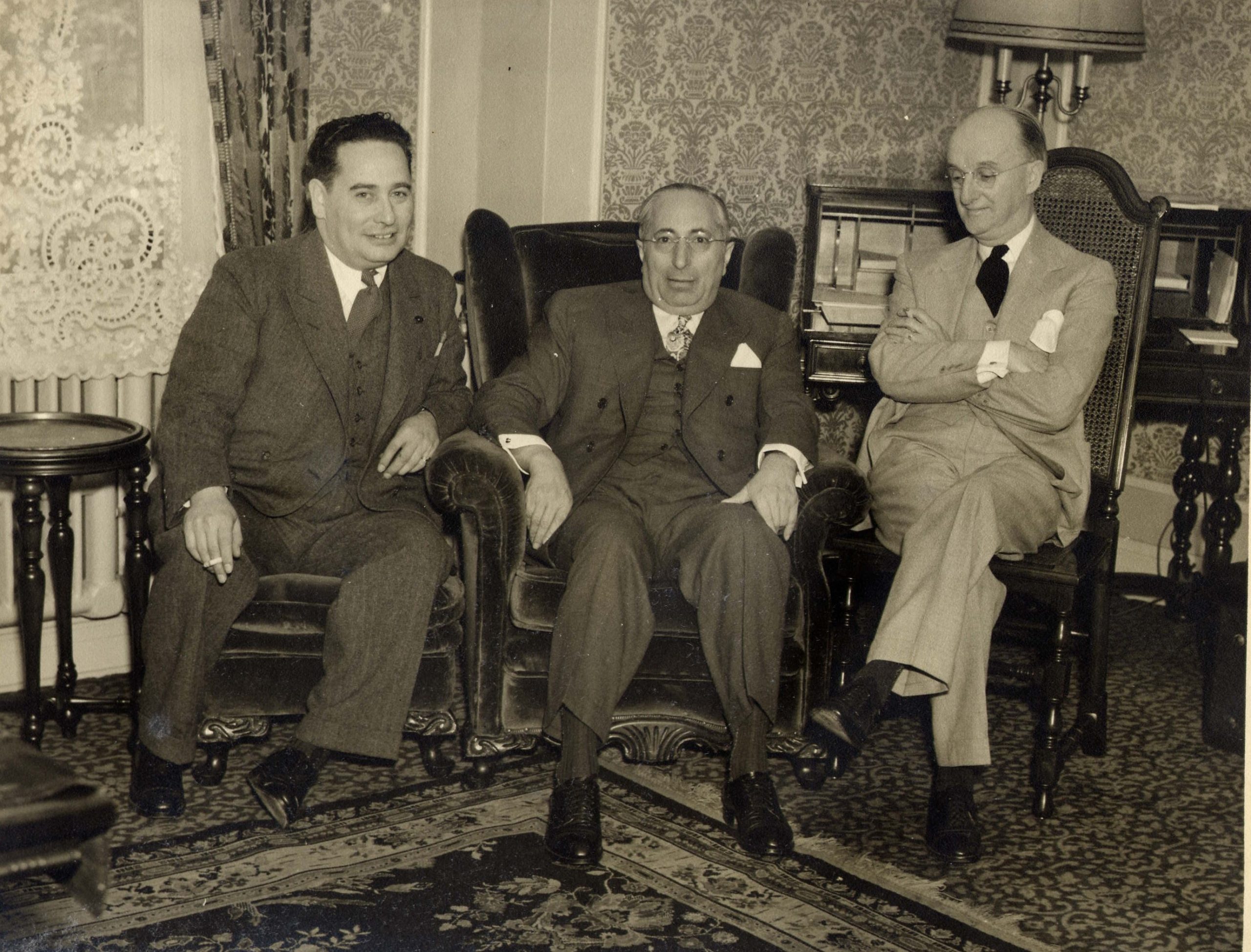 Louis B, Mayer visited Saint John only a few times after becoming head of MGM, including this visit in 1936 when he was given a dinner by film distributors in Saint John. He is shown here with A.E. Smith of Regal Films at left and Walter Golding, manager of the Capital Theatre on his right.