Today, eels are sold live. Therefore, fishers hurry to transport the eels caught in the collecting boxes to holding tanks. These modern tanks are set up in one of the fishers’ farm buildings. The tanks are very large and are filled with temperate and oxygenated salt water.

The eels are rinsed and weighed before being placed in these large holding tanks.

The fishers ensure that the water quality remains good until buyers come to get the number of eels they want. Apart from the mucous that eels secrete, there is very little waste in the tank water. This is because eels that are migrating to the Sargasso Sea have stopped eating. Therefore, the fishers do not have to feed them to  keep them alive.

Historically, eels were purchased in bulk in wooden barrels, which fishers had filled with alternating layers of eels and coarse salt. The barrels were bought on site or sent to large cities by train. 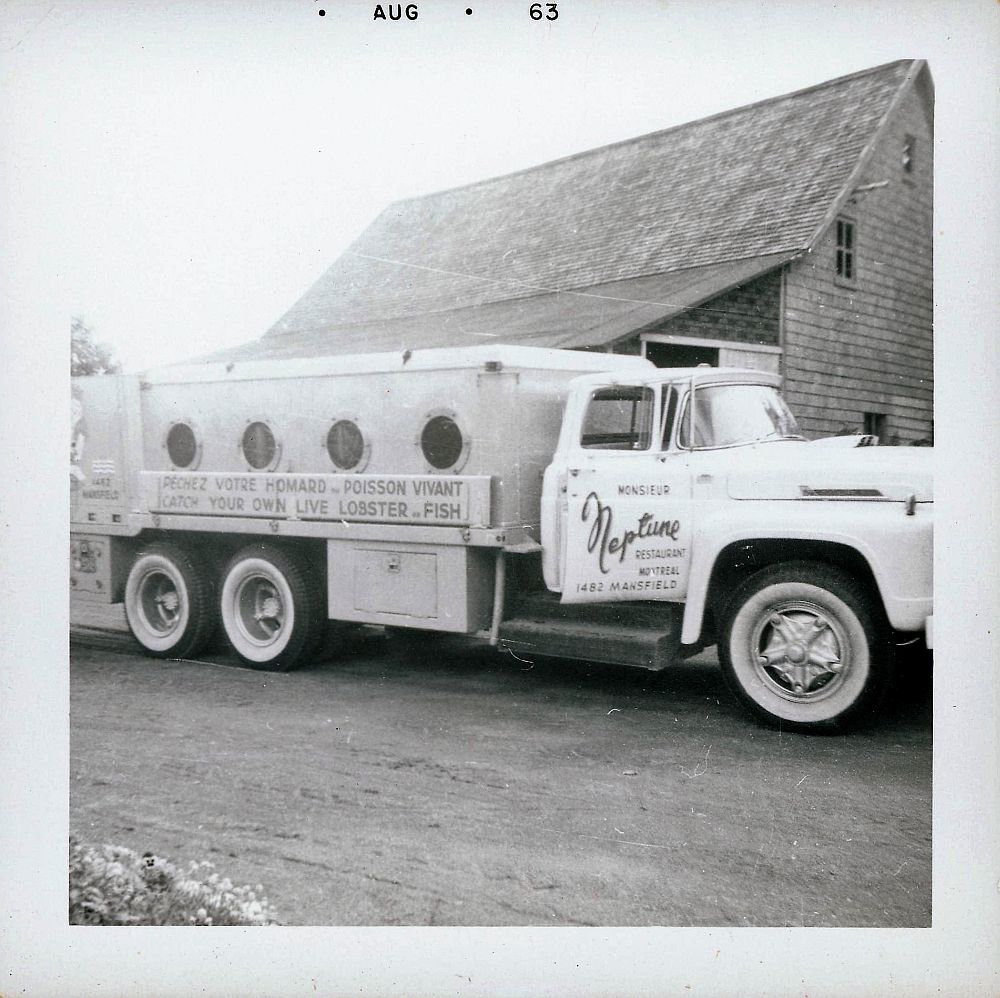 Tank truck fitted out for the transport of live fish at the front of Misaël Labrecque house, 1963

In the mid-20th century, wholesalers travelled along the shores of the St. Lawrence looking to buy eels from fishers in bulk. They left a large number of plastic containers with the fishers, who placed freshly fished live eels in them without any water. The buyers came by regularly to pick the containers up. 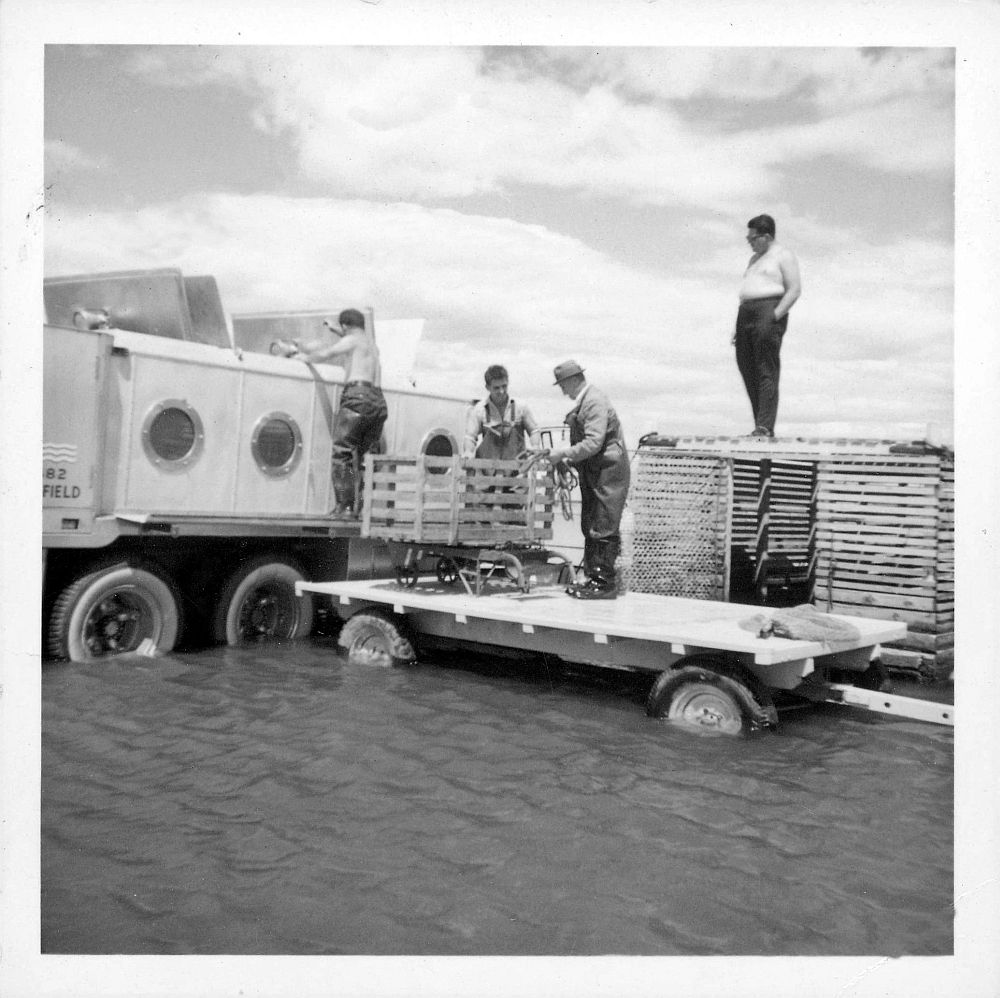 The tank truck of the Neptune restaurant of Montreal on the site of Misaël Labrecque, fisher, 1963

The wholesalers themselves prepared the eels for export, mainly to Europe. A few restaurant owners in Québec City, Montréal and Toronto also bought eels directly from the fishers.

A few retailers sold eels door to door in the towns and villages where they lived. However, this was quite rare.

People who wanted to eat fresh eel bought it directly from the fishers. Relatives and people who had helped out during the construction of a weir or at any other time were always rewarded with a few free eels.