Fishers play a very important role in the protection of eel because they go into the field and can observe changes in the aquatic wildlife of the St. Lawrence River.

Fishers Are Essential – View this video with a transcript

They work with scientists and other stakeholders to stabilize and ideally increase the American eel population.

Since 2005, the Association des pêcheurs d’anguilles du Québec has stocked nearly three million glass eels in the Haut-Richelieu region and certain tributaries of the St. Lawrence. According to  observations made thus far, these eels have survived and matured into slightly smaller adult eels. 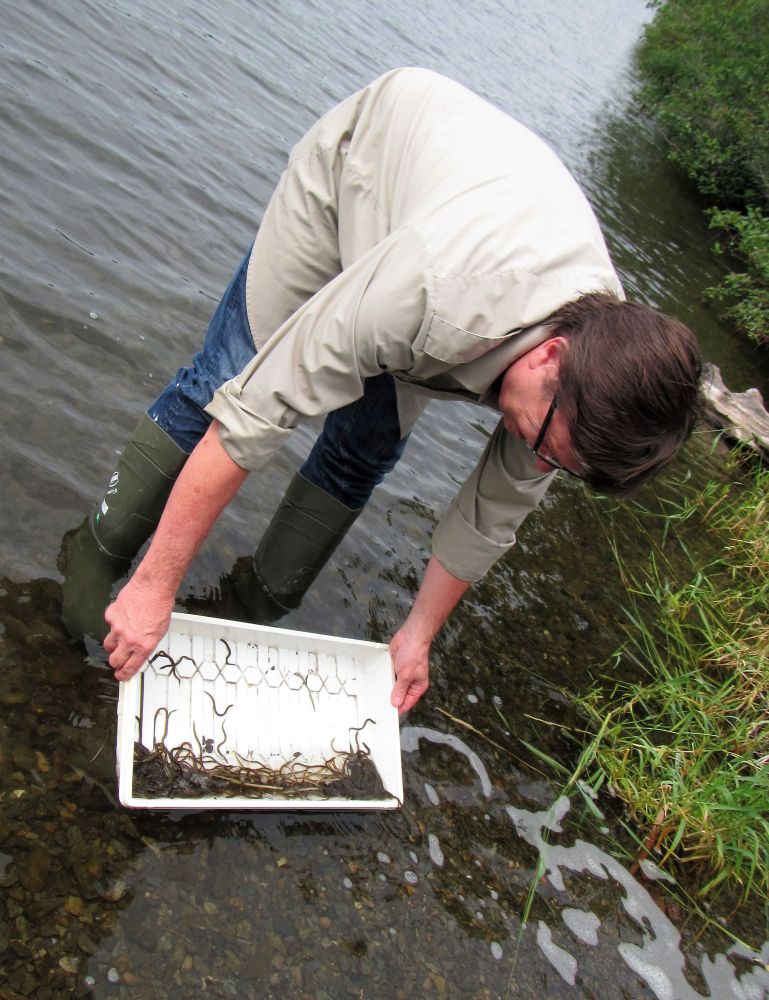 Eels are very discreet creatures, with many more secrets to tell. However, in 2015, a team of researchers from Université Laval managed to record an eel’s migration route as far as the northern part of the Sargasso Sea with the help of telemetry. This is a first, given that adult eels have never been observed before in their spawning grounds.

Obviously, all hope of saving this species depends on research and the solutions it discovers.