Fishers built their fishing gear in their own particular way. Slight differences can be seen from one set of equipment to another. However, several very marked differences have been observed between the western and eastern parts of the Côte-du-Sud region, and they are quite intriguing. 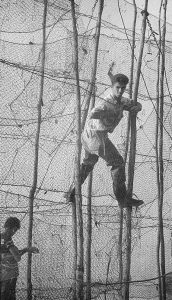 Part of an eel fishery stranded at Saint-Vallier (Québec), 2005

Compared to the eastern part of the Côte-du-Sud, the western part is less exposed to waves that can cause considerable damage. The water is fresh, the river is narrower and there appears to be less seaweed.

The fishers in that region used to build large wire mesh box traps. The inside of these traps was divided into two or more chambers separated by dividers, also made of wire mesh. The eels swam from one chamber to the other and eventually end up trapped in a holding chamber.

Fishers in this part of the Côte-du-Sud also experimented with wire mesh box traps. However, these devices did not meet with the fishers’ approval because the mesh was difficult to work with and did not hold up very well in bad weather and other difficult situations. Most of the fishers used fixed gear similar to that still found on the foreshore in Kamouraska. However, there is one exception that confirms the rule. 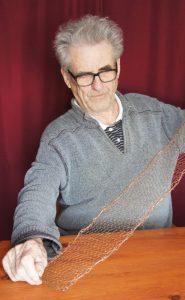 Désiré Labrecque, the grandfather, had his copper wire netting made by a craftsman in the village.

His son  Misaël learned how to make it from this artisan in 1925. Rodrigue Labrecque clearly recalls his father Misaël teaching him the technique in the mid-1940s.

The origin of the use of this type of netting remains something of a mystery. Did  Désiré Labrecque come up with the idea on his own or did he copy a technique that he had seen elsewhere? 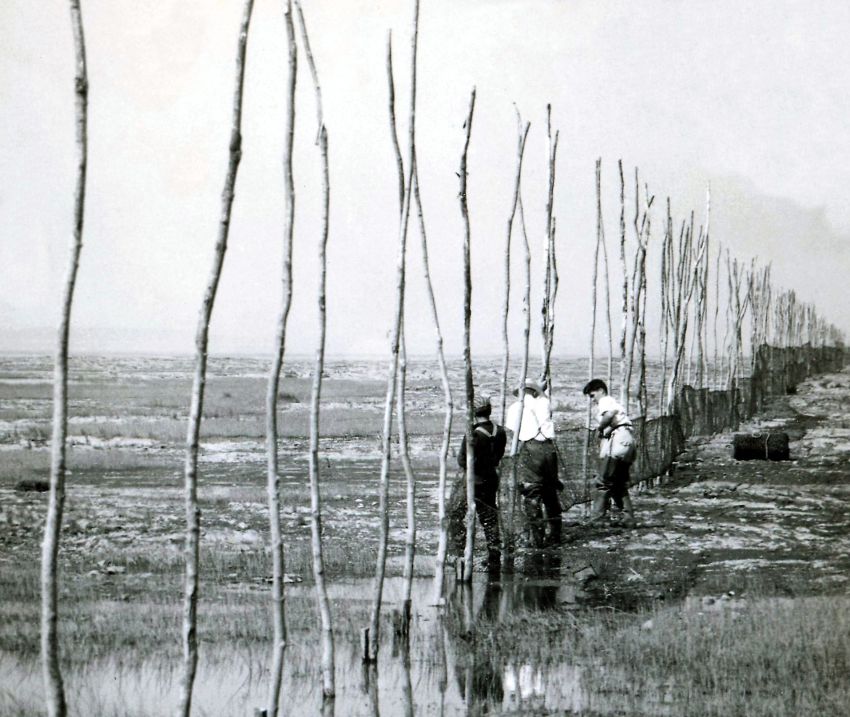 Misaël and Rodrigue Labrecque erect the leader of a weir, circa 1960