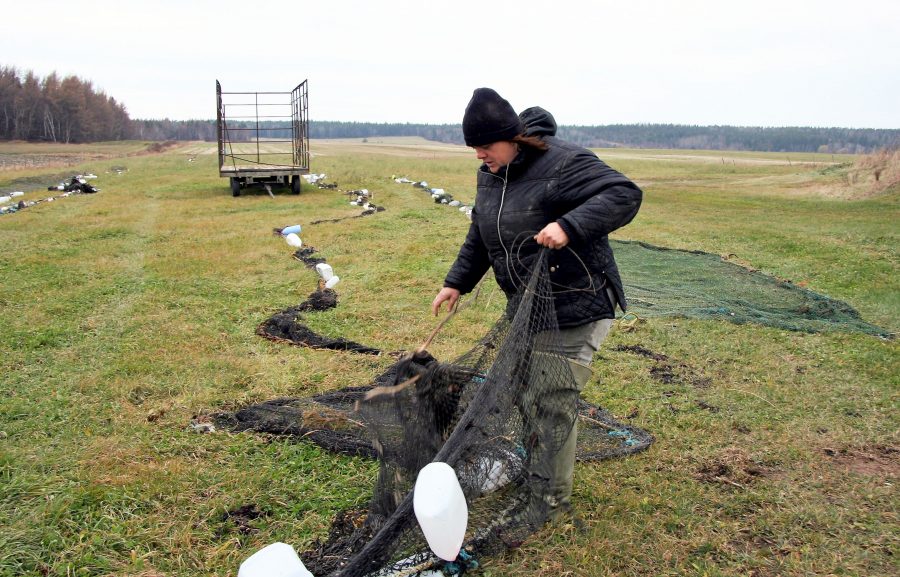 The season is over, Josée Malenfant is drying the nets that will be cleaned and stored, November 2016

A marked decrease in the number of eels captured is a sign that the fishing season is over. Before the fishing gear starts to freeze in the frazil, or patches of ice suspended in the water, the fishers must dismantle their equipment. They clean, repair and store the nets.

Dismantling operations begin once the collecting boxes have remained empty for several days in a row. This usually occurs at the end of October.

The Fishing Season has Ended – View this video with a transcript

Once again, the fishers have to take into account the time of the tides when they dismantle their eel weirs. They have to remove everything from the shore before winter arrives. Once the tides start to break up the ice, and the current, driven by the wind, transports huge blocks of ice, their fishing gear can be destroyed in a flash.

No two fishers build their weirs in exactly the same way. This is also the case when it comes to removing them from the shore. All fishers have a particular technique for pulling out the stakes, posts and poles, gathering up the nets, and so forth.etc.

Dismantling the Fishing Gear – View this video with a transcript

As soon as the stakes, posts and poles of a weir are taken out of the ground, the holes left behind are filled with straw. This prevents them from filling up with gravel and mud and makes them easier to find the following spring. 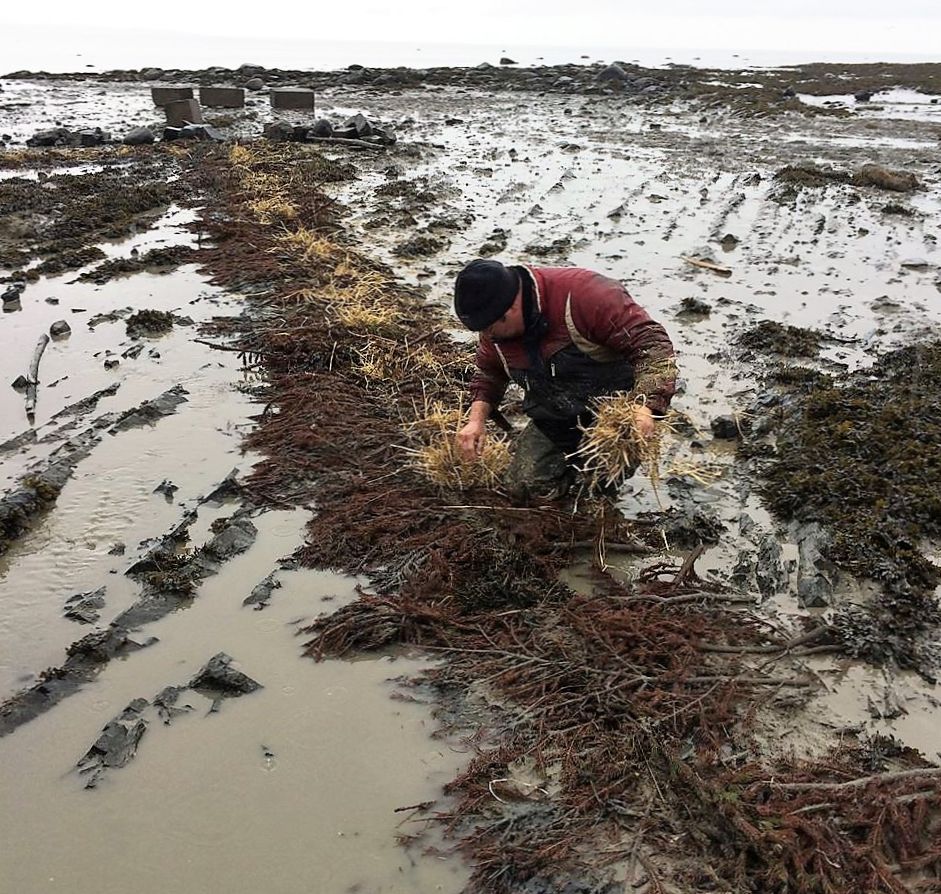 Pierre Lizotte fills the holes of the eel fishing with hay, 2015

Out of the River and Into the Holding Tanks Fisher-Entrepreneurs