Fish was the most important resource for the inhabitants of New France. Eel, in particular, was eaten in large quantities for hundreds of years. From 1960 to 1990, its popularity waned. Today, however, it has regained favour with food lovers. 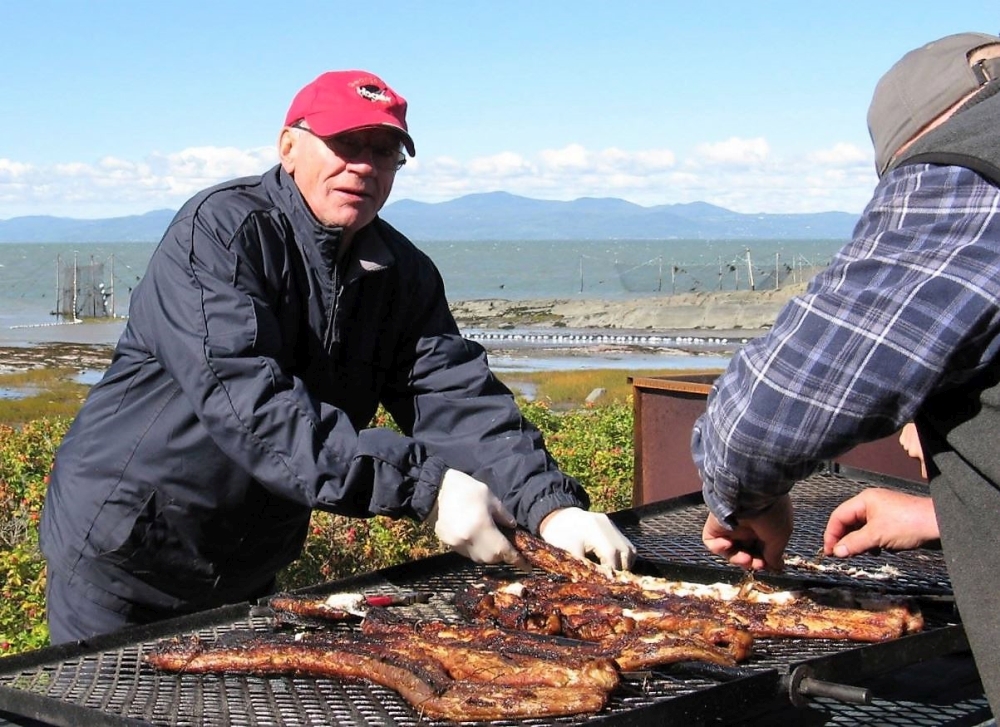 Georges-Henri Lizotte cooks eels on barbecue for his friends and family, 2015

Eel was a healthy food for the inhabitants of New France. According to historians, it was even their favourite fish. Here is what Simon Denys had to say about eel in 1651:

In this country, this fish replaces beef and people eat it all year round without growing tired of it.

Eel began to be eaten less and less in the second half of the 20th century.

Several reasons have been given to explain this situation, although none of them has been confirmed.

Unfortunately, several of these notions persisted for a long time. 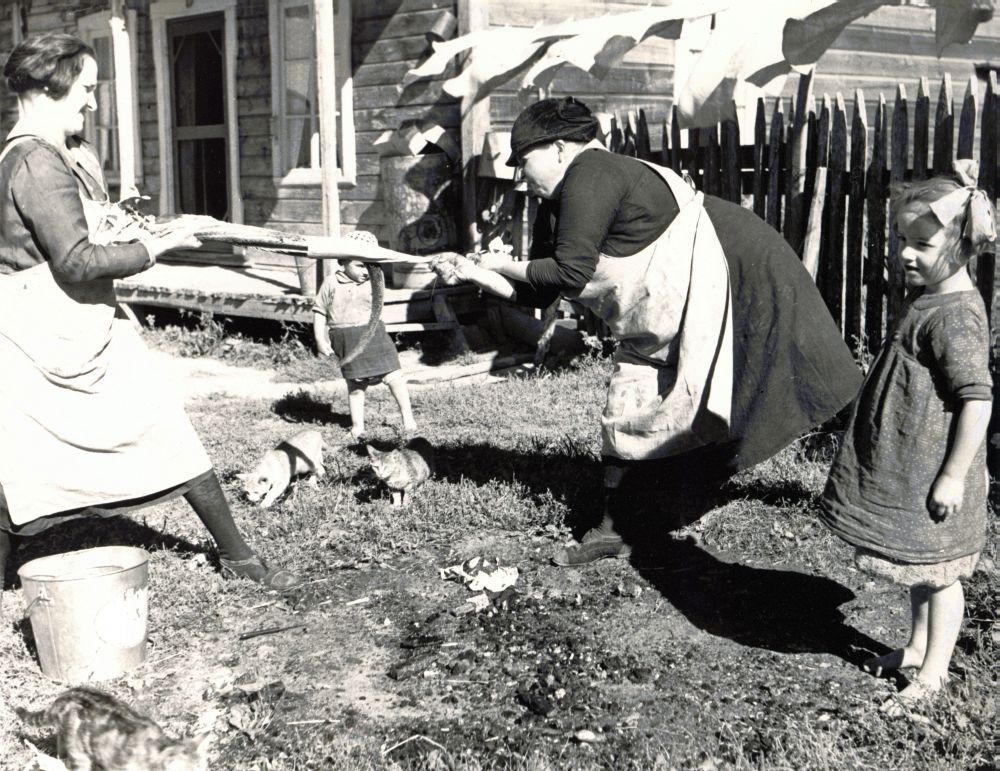 It was common to see eels being skinned in villages along the St. Lawrence River in the fall. One method involved two people, who began by cutting the skin at the base of the animal’s head. One person then held the eel by the head while the other held the skin and simply pulled on it.

It was also possible to skin an eel single-handedly. The person first had to cut the skin at the base of the animal’s head and on the abdomen. They then pulled on the skin with their right hand while holding the head of the eel with their left hand, often in a piece of newspaper.

Smoked eel has been enjoyed by food lovers down through the ages.

The popularity of eel has grown in recent years thanks to several initiatives by eel fishers.

Adapting to the Environment The Many Uses of Eel Skin