Eel was a real godsend for the First Nations, as well as for the colonists who settled New France. It helped to provide them with enough food to survive the long winters. Salted or smoked, this fish kept very well.

Well before the arrival of Europeans, Aboriginal people caught eel with two different devices: the nigogue and the eel basket. 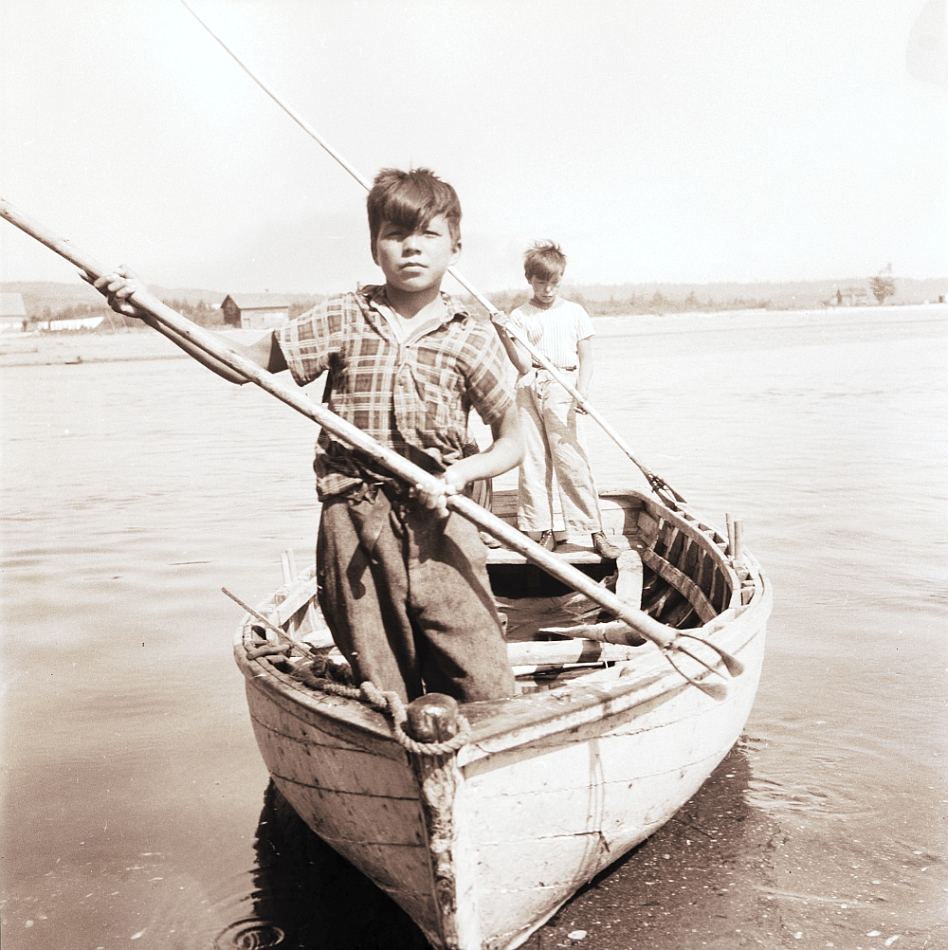 Indigenous boys holding a nigogue as if preparing to spear a fish, Eel River, 1951

Many First Nations fished with the nigogue, a tool that resembled a large harpoon. They used it to catch several species of freshwater fish in shallow water, especially at night. This tool was soon adopted by the inhabitants of New France, and it remained in use until the mid-20th century. In 1867, André-Napoléon Montpetit, a man of law and letters, described the technique of fishing with a nigogue as follows:

Two men climbed into a canoe.   One of them positioned himself in the back with an oar, while the other stood in the bow, holding a harpoon and watching for prey.   A torch made of birch bark set in the bow of the canoe lit up the water.   Eels attracted by the light were speared immediately.   They were captured in large numbers.

The second technique used by Indigenous Peoples was documented by the Recollet father Gabriel Sagard while he was among the Huron and the Montagnais. He described this method, which involved stone barriers and eel baskets, in Histoire du Canada published in 1636. Roger Martin explains:

An Indigenous technique – View this video with a transcript

The early settlers were familiar with the European eel, which is smaller than the American eel. They had fished it for centuries using stake nets, i.e. nets mounted on stakes. 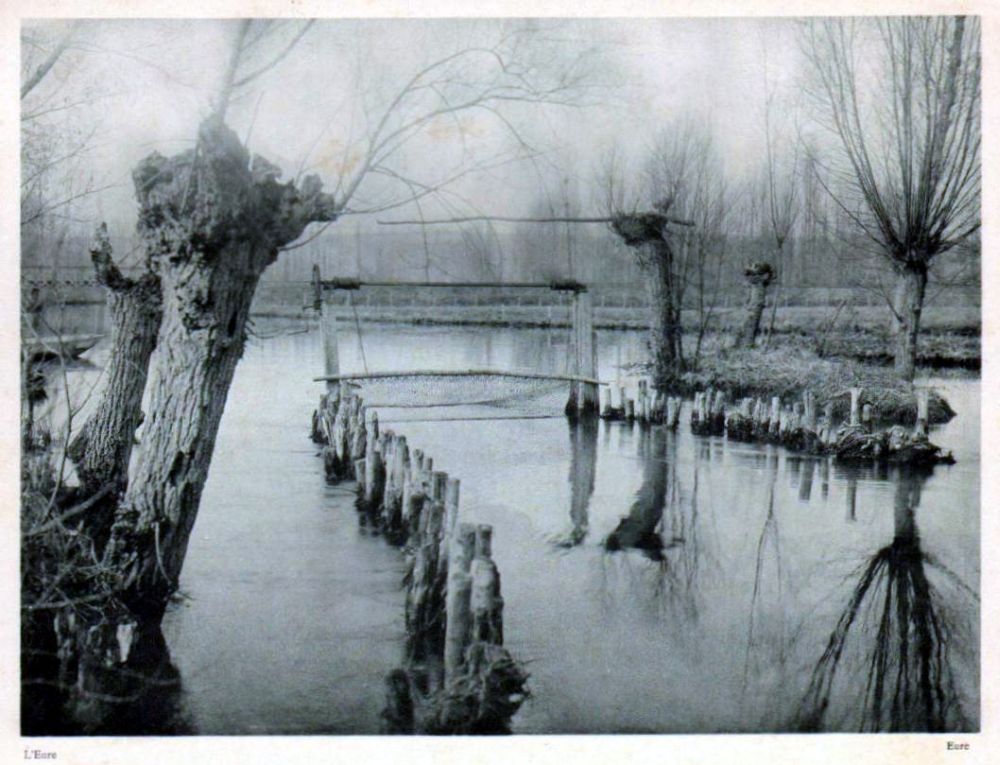 A «gord» on Eure, Eure-et-Loire (France)

When the Indigenous Peoples and the Europeans came into contact with one other, they seem to have naturally pooled their traditional know-how to create what later became known as a brush weir.
A Fragile Tradition From Brush to Nylon