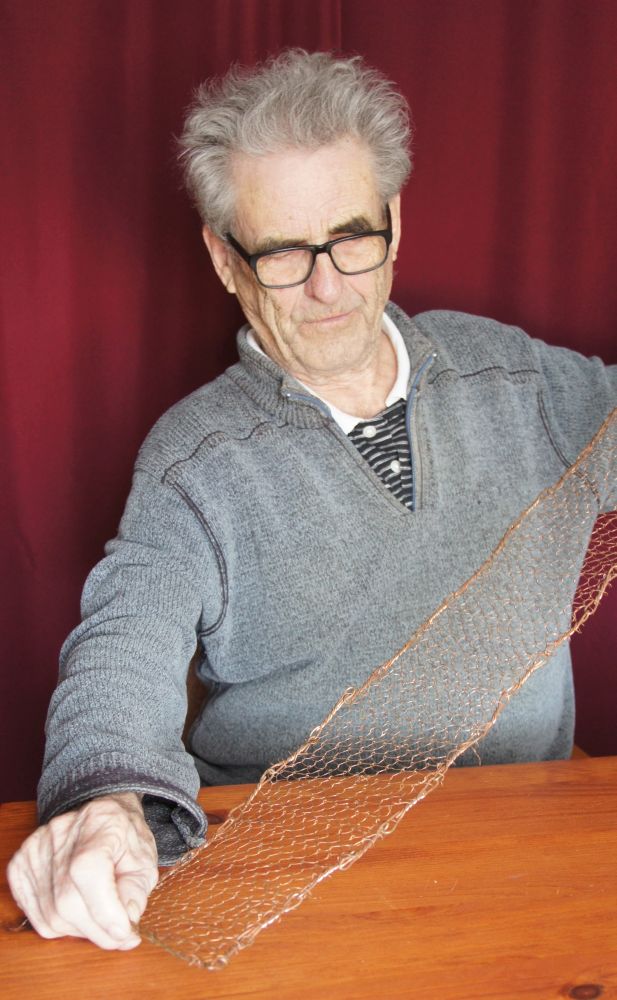 Désiré Labrecque, the first in a line of fishers to own a fishery on Pointe à l’Ardoise in Saint-Vallier, had his nets made by a netmaker in the village. His son Misaël learned how to make nets from this craftsman around 1925. Rodrigue Labrecque clearly recalls his father teaching him the technique in the mid-1940s.

The origin of the use of this type of netting remains something of a mystery. Did Désiré Labrecque come up with the idea on his own or did he copy a technique that he had seen elsewhere?