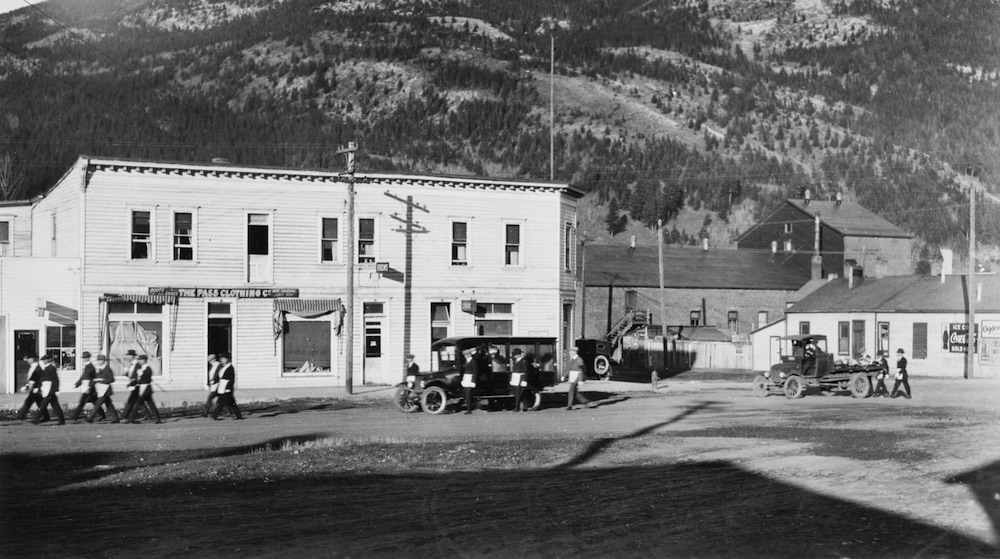 The Alberta Hotel, Blairmore, Alberta, ca 1920 where Emilio Picariello based his bootlegging business. It was close to the liquor wholesalers in Fernie, BC and runs could be made through the Crowsnest Pass to Lethbridge and south to Great Falls, Montana.

In January, 1918, prominent Fernie businessman Emilio Picariello purchased the Alberta Hotel in Blairmore and began regular liquor runs across the Alberta-BC border and south to Montana. 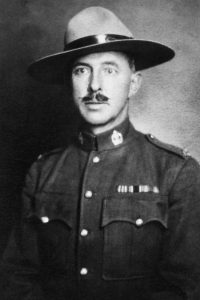 In spring 1922, new Alberta Provincial Police Superintendent W. C. Bryan hired Stephen Lawson (former Fernie Chief of Police) and stationed him in Coleman. As the most successful bootlegger in the region and a foreigner, Picariello became a target. The APP conspired with bootleggers Jack Wilson of Fernie and Mark Rogers of Lethbridge to set Picariello up. Rogers hired Picariello to deliver a liquor order in September 1922 and informed the APP. 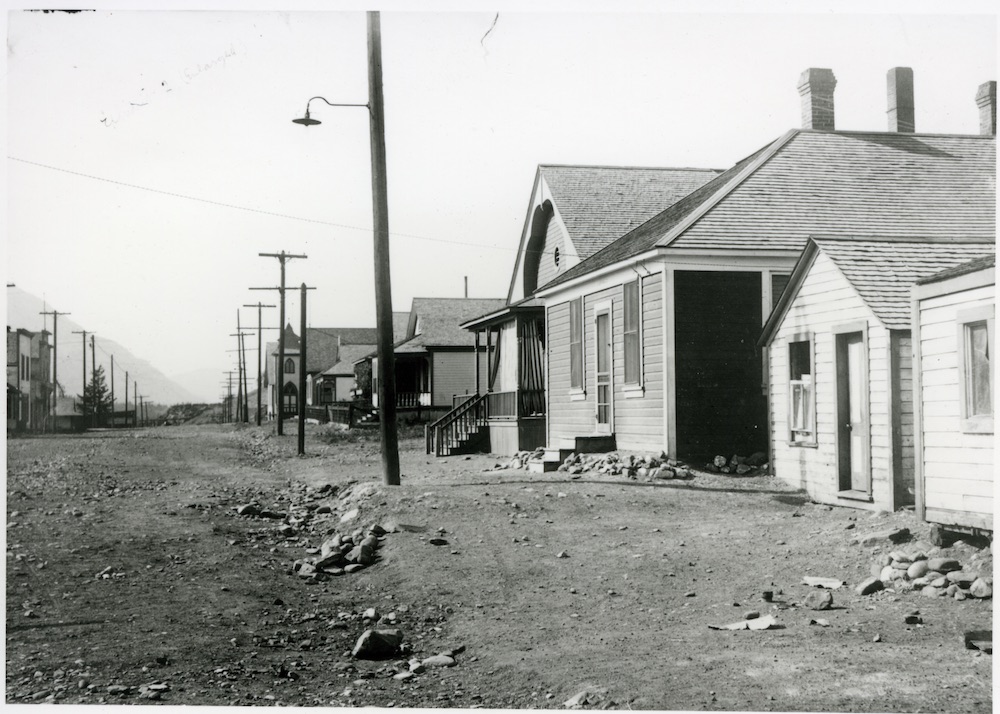 Alberta Provincial Police barracks, Coleman, Alberta, 1922. The barracks was Constable Stephen Lawson’s home. Bootlegger Emilio Picariello went there to report on his son Stephen’s condition – he had been shot by Lawson trying to escape from an APP trap set for Picariello.

When Picariello was challenged as he drove up to the Alberta Hotel, he instructed his 16-year-old son, who was carrying the load, to escape into BC. Stephen was shot in the hand by Constable Lawson but escaped. Lawson warned Picariello to bring his son in and, when later that evening Picariello, accompanied by family friend Florence Lassandro arrived at the Coleman detachment, there was an altercation and Lawson was killed. His murder created a storm of outrage. The media constructed a larger-than-life criminal persona for Picariello. 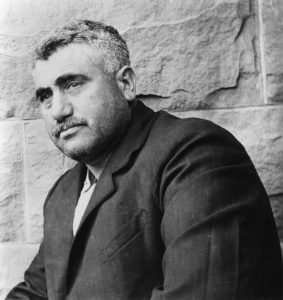 Emilio Picariello arrest photo, Alberta Provincial Police, 1922. He was one of the most successful bootleggers in the Crowsnest Pass, which made him a target of both rivals and police, as did his Italian ancestry.

Picariello and Lassandro were charged with murder and tried at the Calgary Provincial Court House in November/December 1922. They were found guilty; appeals failed, and they were hung on May 2, 1923, at the Fort Saskatchewan Jail near Edmonton. Picariello, to the end, claimed that he was innocent and that there had been another shooter – either a rival bootlegger or the police – in the alley.