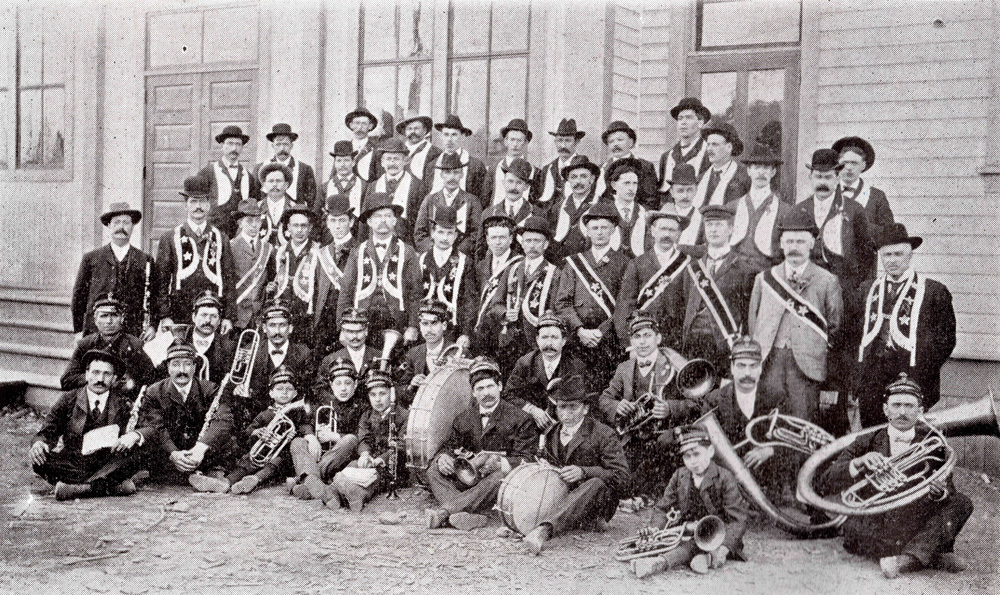 Fernie Odd Fellows with the Italian Band in foreground.

The musicians included F. Sirianni, P. Catinaro, C. Cristafio, T. Mazzanobile, J. Miscisco, T. Albo, B. Brown, J. Aiello, P. Guzzi, F. Vecchio, P. Ferarrelli, C. Anselmo, C. Mantelli, R. Colgru (Colgur), H. Anderson, J. Pasta, T. D’Amico, C. Sciaretta, and D. Gallucci. The Italian Band succeeded the Fernie Brass Band, which had folded. Its instruments, which had been purchased by public subscription, were stored in the Fire Hall. A request was made to Council that the instruments be given to the new band and the number of players grew from 21 to 28. 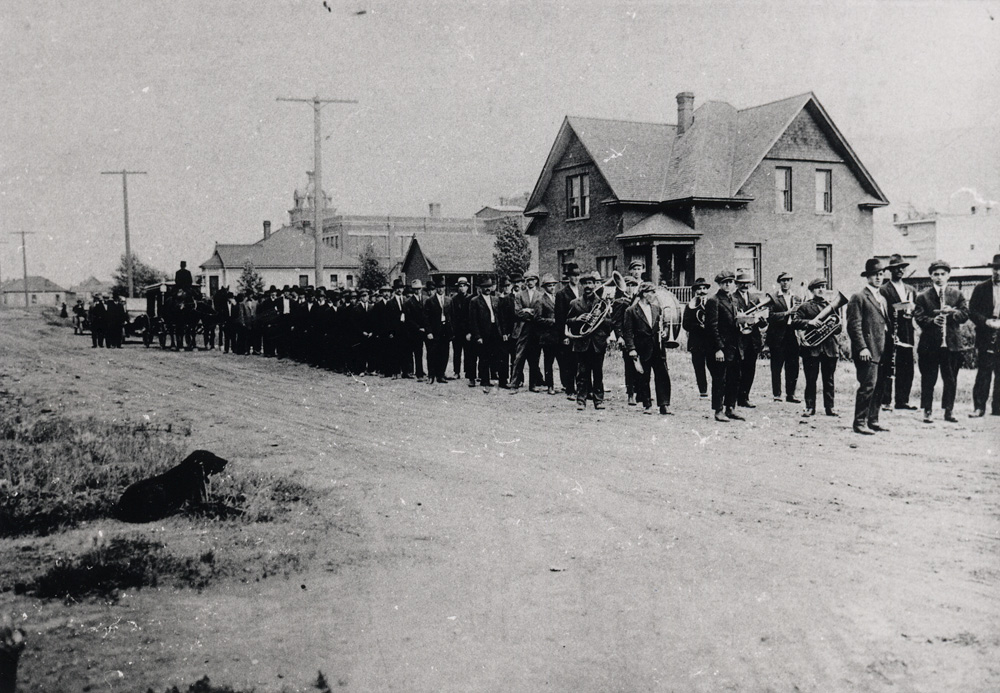 Italian Band parade in front of the funeral parlor on Pellatt Ave, ca 1920.

The band served the Italian community but also the community at large. Articles in the District Ledger noted that the band accompanied Italian funerals and also helped to celebrate weddings and baptisms. It helped to celebrate the 86th anniversary of the founding of the Oddfellows, and band concerts were held at baseball games and special events such as May Day.

It is not known how long the band lasted and, since many members worked in the mines, cycles of boom and bust resulted in moves to other communities for work. Around 1912, there was a Michel-Natal Italian Band but it is not known whether any of its members were based in Fernie.