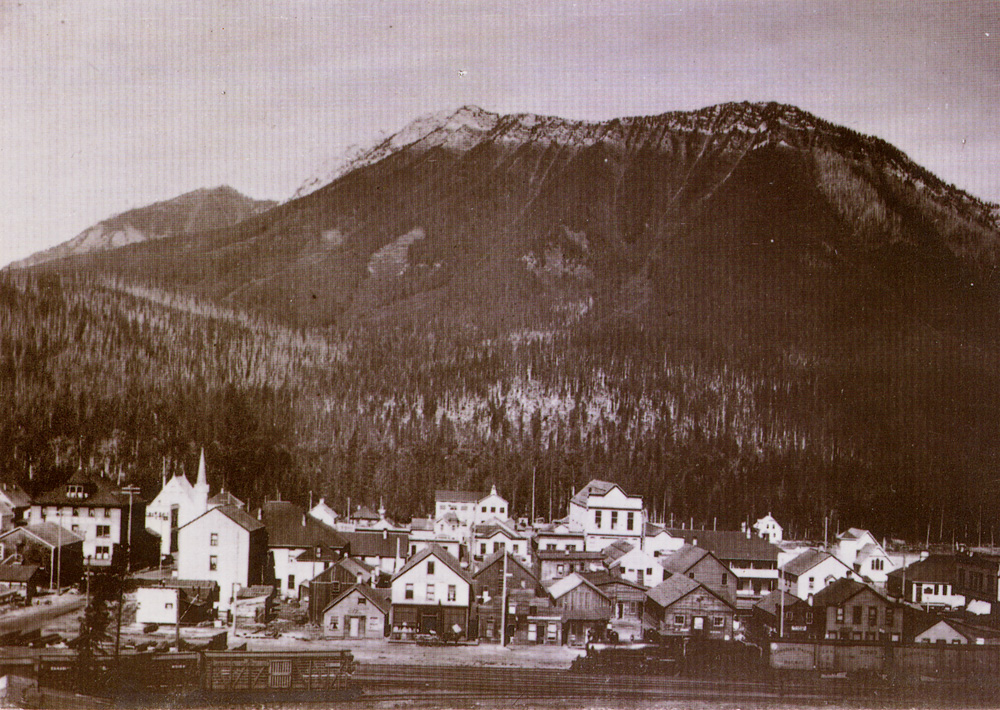 Fernie, BC in 1899 with Mount Fernie in the background and Canadian Pacific Railway locomotive in front. As a railway and mining hub, Fernie’s growth outstripped that of other Elk Valley communities. 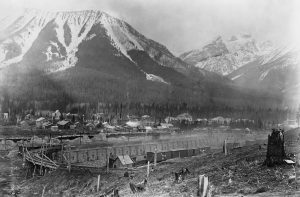 Named for William Fernie who founded the Crow’s Nest Pass Coal Company in 1897, the community of Fernie developed along the Canadian Pacific Railway line completed in 1898 in southeastern British Columbia.

The convergence of railway lines and mines made it a beacon for immigrants and Fernie became the most powerful community in the Elk Valley. Fernie was incorporated in 1904 and devastated by fires in 1904 and 1908,  the latter resulted in losses of about $5 million. 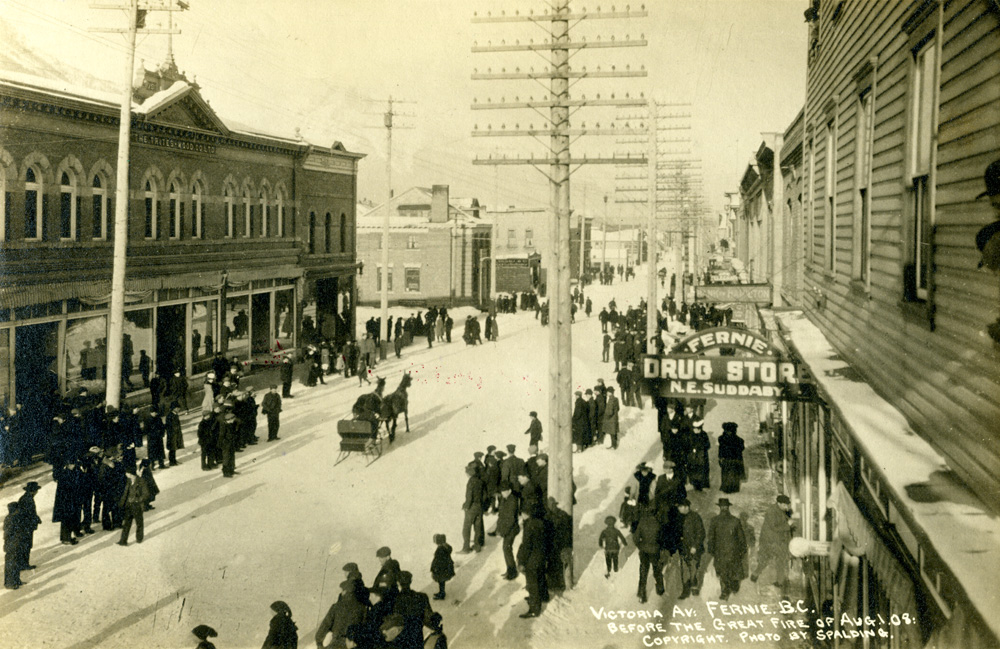 Victoria Avenue, Fernie’s main street before the Great Fire of 1908, which destroyed 65 buildings in the business district. This was the heart of Fernie’s commercial district as it is today. 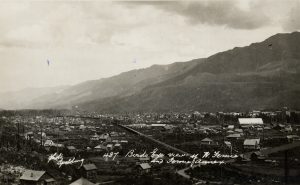 A birds eye view of Fernie, BC deemed to be “The Pittsburg of Canada” by the media and the Board of Trade. “The Annex”, or the north end of Fernie is shown on the far background on the right.

The class structure was mirrored in Fernie’s buildings: two-storey frame and brick buildings housed businesses; two-storey homes of wealthy professionals contrasted with the modest shacks of workers in less desirable areas of town. The Annex – where many Italians lived – was marshland on which coal fragments were dumped to provide a footing for miners’ houses.