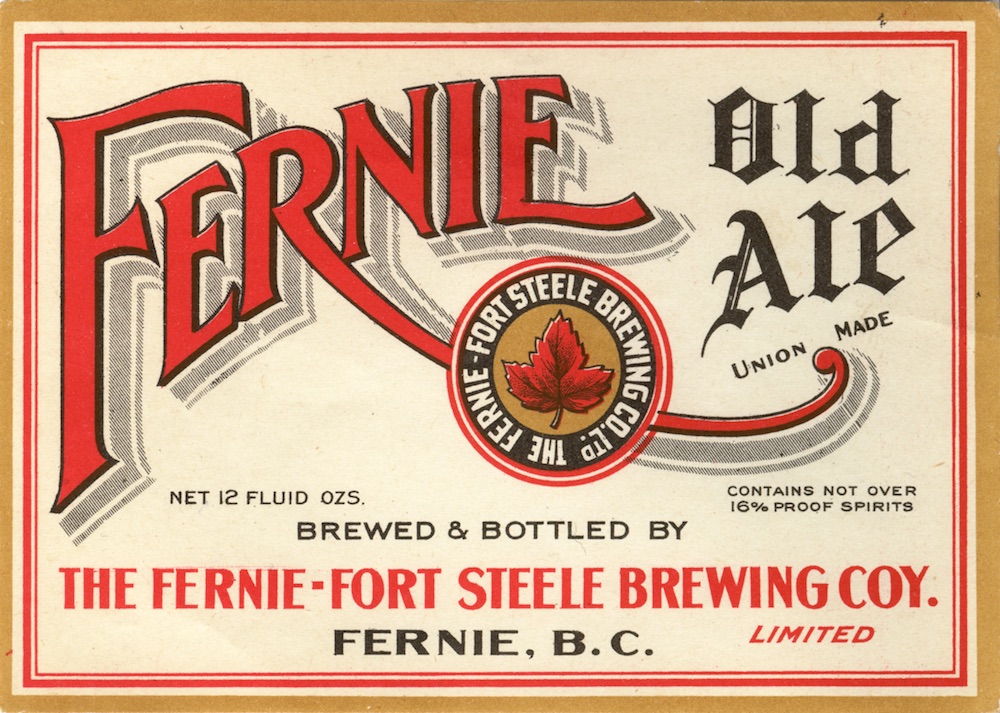 Label, Fernie-Fort Steele Brewing Company beer bottle. This label shows the distinctive branding of the Fernie-Fort Steele Brewing Company for a 12 oz beer with 16% alcohol content. The brewery would produce Prohibition beer with less than 5% liquor content for the short period in which Prohibition was enacted in BC in 1917. The province became the first to repeal the legislation in 1921. 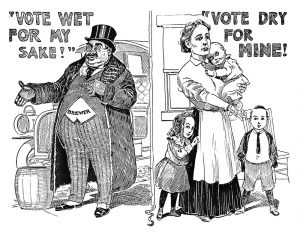 Working men generally opposed Temperance, and the Union Local in Michel, BC in August 1917 passed a motion that their members needed liquor to continue working.

The criminalization of the sale and drinking of liquor in Canada and the US in the early part of the 20th century was the result of the Social Gospel movement dominated by the Protestant church. They focused attention on social ills arising from alcohol abuse including poverty, unemployment, crime, and family violence. 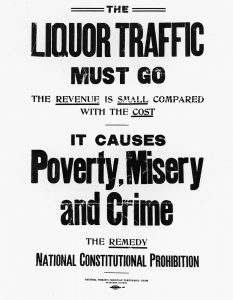 Liquor was seen as the cause of poverty and crime by followers of the Social Gospel movement led by Protestant churches in North America in the late nineteenth and early twentieth centuries.

Fernie, as a mining centre, was viewed by prominent Methodists as an extreme example of out-of-control drinking. The Kootenay Campaign, a prohibition campaign led by American evangelists J. Wilbur Chapman and Charles M. Alexander, held its first meeting on Sunday, April 4, 1909, in the Bruce Hall, Fernie.

While the Temperance Movement had supporters in both Fernie and on the Alberta side of the Crowsnest Pass, the majority of citizens in the region voted against Prohibition. 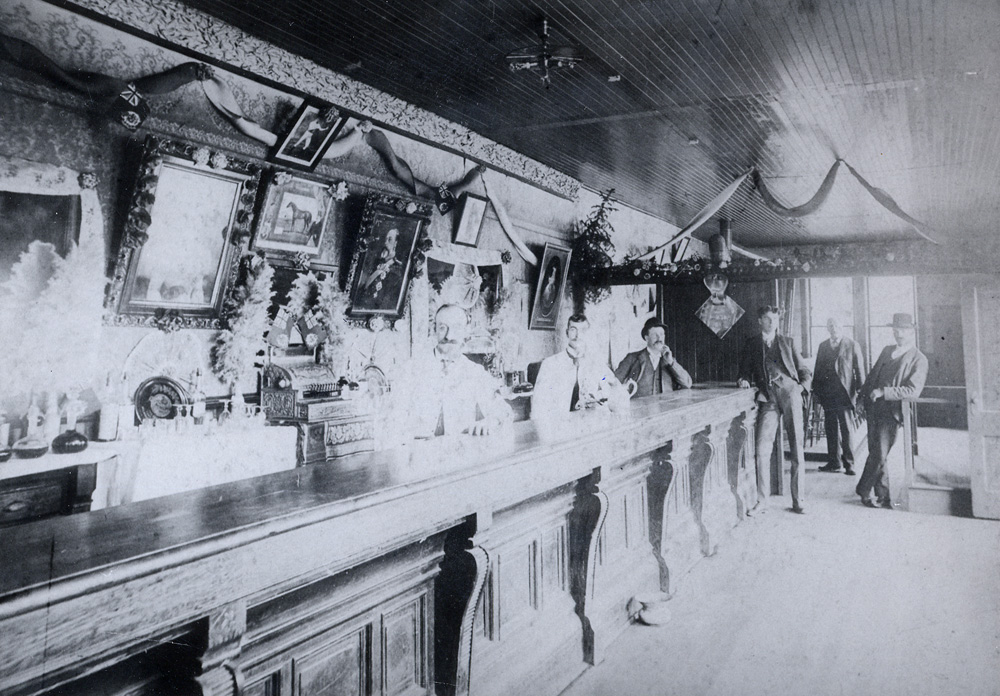 Bar at one of the hotels owned by J. W. Gates, ca 1908. The impressive bar is a testament to the importance of liquor for the success of Fernie’s hotels. 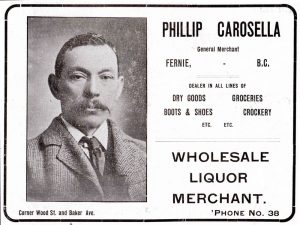 Phillip Carosella, liquor merchant, owned and operated his liquor warehouse next to his general store. He also was one of the hotel owners that were fined for liquor violations during Prohibition.

The Fernie Free Press reported that the Union Local in Michel on August 29, 1917, passed a resolution stating: The Miners, Coke Oven Men and other workers in and around the mines are such that beer and light wines are essential for the continuance of their work.

The notion of abstaining from liquor was also alien to the Italian community since the tradition of wine-making had been brought with them from the homeland. 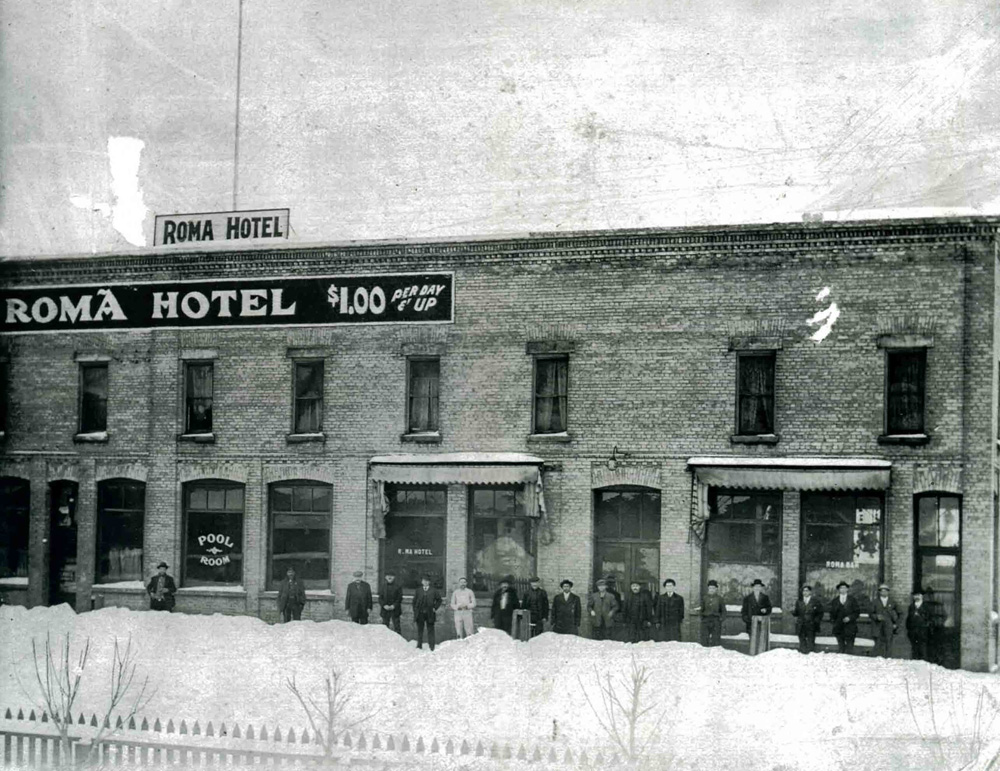 The Roma Hotel was one of 11 Fernie hotels whose sales significantly declined following the enactment of Prohibition in 1917. Italian miners and others who frequented the hotel had to purchase Prohibition strength beer with an alcohol content of less than 5%.