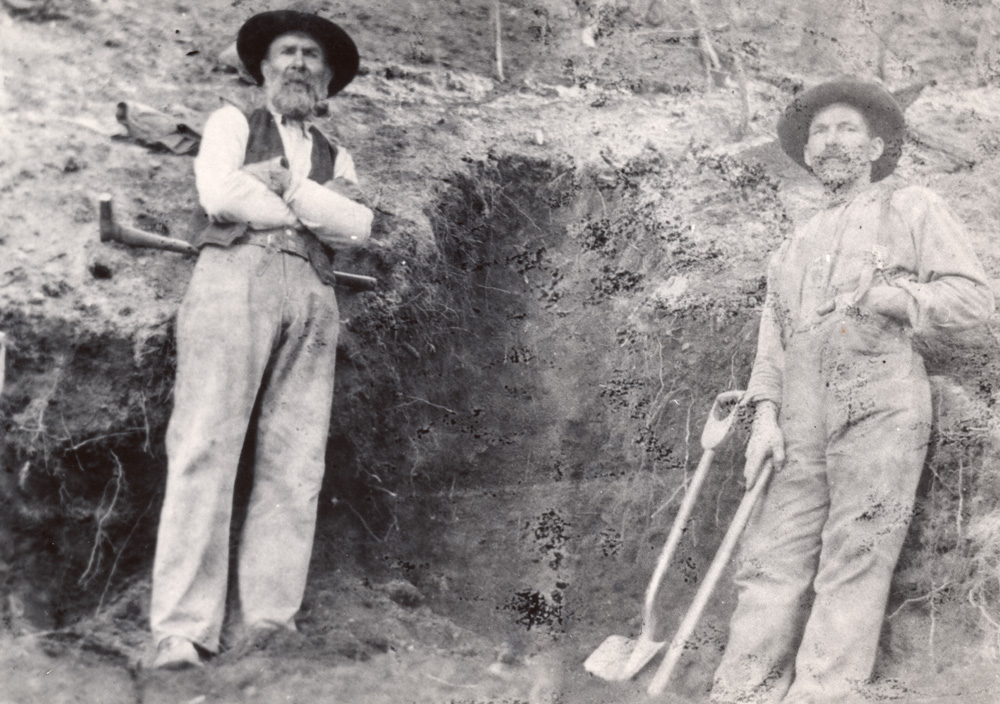 William Fernie and Philip Carosella at the opening of the “Peter” seam, Coal Creek, BC, 5 miles east of Fernie, 1889. Carosella became a prominent Fernie entrepreneur. 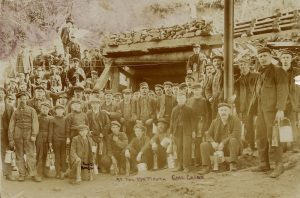 Miners at Coal Creek Mine. Italians made up a significant portion of the workforce at Coal Creek. Twenty-eight Italians were killed in the 1902 disaster that had a total of 128 fatalities.

Development of the Canadian west was directly tied to the discovery of coal and its exploitation. The coal stocks of southeastern British Columbia and Alberta were among the richest in Canada. In 1887, former BC Gold Commissioner William Fernie and Cranbrook landowner Colonel James Baker formed a syndicate to develop coalfields in the Elk Valley. They acquired 250,000 acres of coal lands.

The Crow’s Nest Pass Coal Company, established by Fernie in 1897, grew from its beginnings at Coal Creek and prospered. By 1903, six mines operated around Fernie. Mines also opened at Michel (1898), Morrissey and Carbonado (1902). By 1903, coke ovens were established at all three mining centres with Fernie/Coal Creek alone having 412. 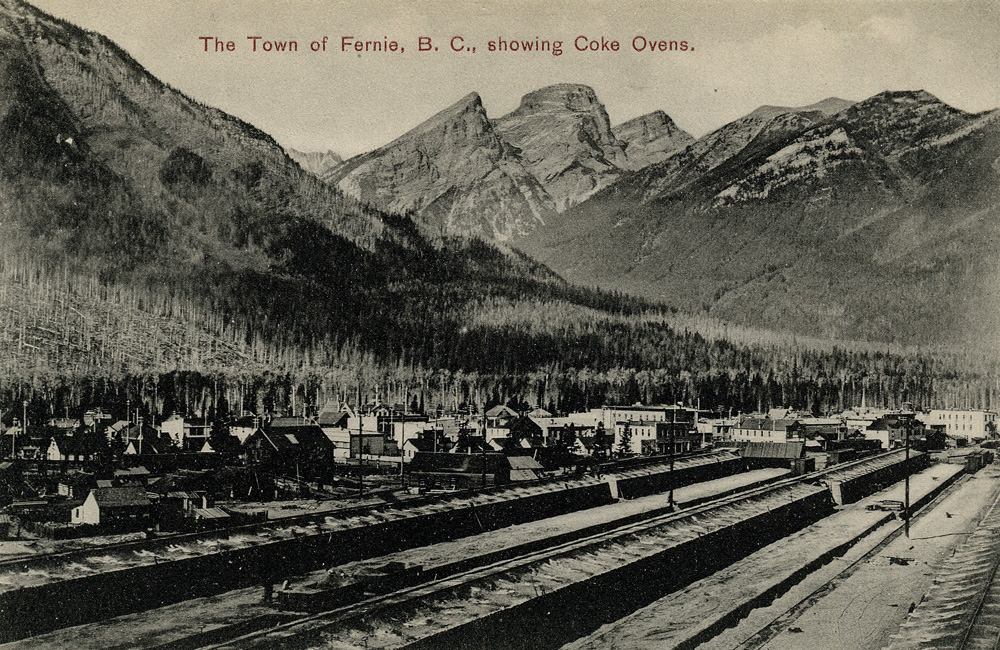 Coke ovens at Fernie, BC. By 1904, the Crow’s Nest Pass Coal Company operated 1,188 coke ovens in the region. In the ovens, coal was heated resulting in an almost pure carbon used in smelting.

Many Italian railway workers turned to the mines when construction was completed. The 1901 census for Fernie and Coal Creek lists 69 men working in mines increasing to 143 in 1911, and declining to 103 by 1921, an indication of a downturn in the economy. 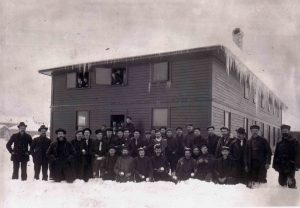 Crow’s Nest Pass Coal Co. Bunkhouse, 1898. Single men and men whose wives were in the old country lived in such accommodation.

Cosmo Crisafio from Catanzaro in southern Italy worked in Pittsburgh for 13 years before arriving in Fernie in 1898 to work in the mines. The Costanzos from Calabria were another founding family. Felix and Emile Costanzo arrived in Fernie in 1900 and census records list Felix’s occupation as miner. In 1909, Vincenzo and Angela Costanzo arrived accompanied by their three children. Vincenzo initially worked for the railway before moving to mine work. Other names are found in the casualty lists of the 1902 Coal Creek and other mine disasters.

Audio clip with transcript: “Betty and Angelo Schianni Oral History | The Mine Whistle (00:44)”

Working On The Railways Strikes