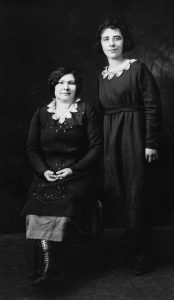 Mrs. Maria Picariello and Florence Lassandro, Blairmore, Alberta, ca 1918-1919. In 1922, as Florence became estranged from her husband Charlie, she was given work as the Picariello’s housekeeper and looked after the younger children.

Florence (Filumena) Costanzo was born in 1900 in Calabria, Italy, and came to Canada with parents Vincenzo and Angela, and two siblings. They settled in Fernie, in 1909, and her father worked in the mines. As was the custom, Florence’s father arranged a marriage to 23-year-old Carlo (Charlie) Sanfidele (later Lassandro), who worked for Emilio Picariello. They married on October 16, 1915.

The Lassandros followed the Picariellos to Blairmore in 1918 and Charlie worked in the Alberta Hotel as a barman. The marriage appears to have been troubled and, in 1922, Florence was living at the hotel and acting as housekeeper for the Picariellos, who were family friends. 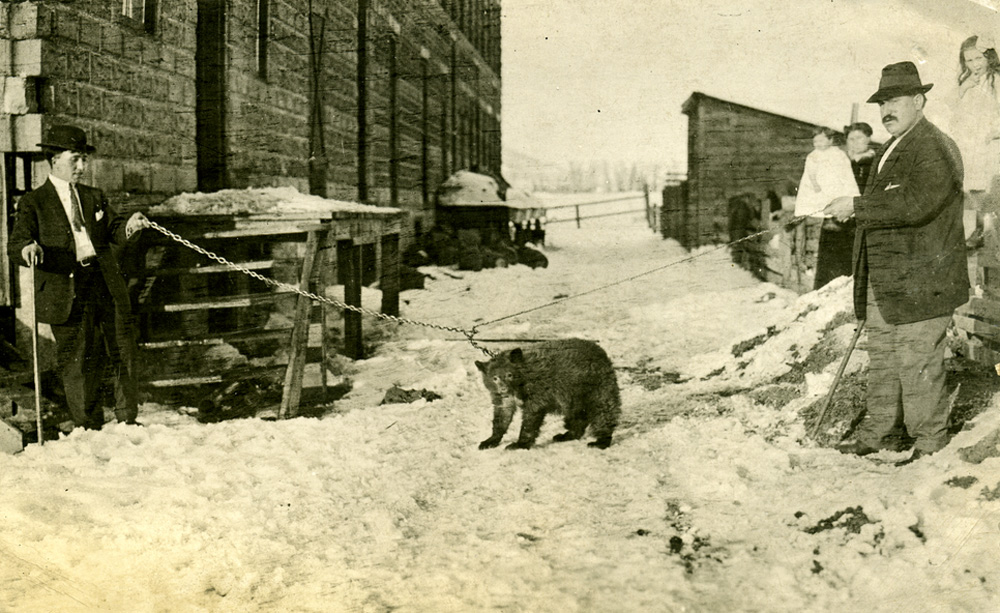 Emilio Picariello, right, and Charles Lassandro, Florence’s husband, pose with a pet bear at Coleman, Alberta, ca 1920. Lassandro worked at the Alberta Hotel as the bartender.

On September 21, 1922, Florence accompanied Picariello to the Coleman detachment in order to drive back Stephen Picariello’s car, and became involved in the Alberta Provincial Police sting operation to entrap Emilio. APP Constable Stephen Lawson was killed in an altercation with Emilio. Lassandro — intimidated by APP Sergeant James Scott — confessed to shooting in self-defence.

Alberta Provincial Police Mug shot of Florence Lassandro, 1922. She was a friend of the Picariello family and married Charles Lassandro who worked for Emilio Picariello in Fernie in his legitimate businesses and, later, at the Alberta Hotel, Blairmore, Alberta.

While waiting for death in Fort Saskatchewan Prison near Edmonton, Lassandro was befriended by Father Fidelis Chicoine, who helped draft a telegram to the Minister of Justice in Ottawa. In it, she recounted events noting that Picariello and Lawson struggled over a gun and that there had been a number of shots from the alley. She asserted her innocence and confirmed Picariello’s claim there about shots from the alley. An effort was mounted to spare her the death sentence based on her gender but this failed.