Non-British immigrants to Canada faced the challenges of language, geography, climate, and  discrimination. Immigration policies based on racial and cultural attributes judged them as undesirable and suitable only for labouring jobs. Southern and eastern Europeans and Asians were the least desired immigrants and were viewed as self-serving and having criminal instincts. 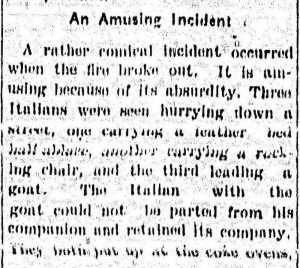 Italians as other foreigners were viewed as simple-minded figures of fun as is evidenced by an article titled “An Amusing Incident” that appeared in the District Ledger (August 8, 1908). Italians were seen carrying a feather bed, a rocking chair and leading a goat to escape the Fernie Great Fire.

Derogatory terms appeared in the media and were common in the workplace: wop and dago referred to Italians, Spanish, and Portuguese; bohunk, Slav and hunkie to Ukrainians and Eastern Europeans; Chinks to Chinese.

The development of ethnic enclaves such as Little Italies (many Fernie Italians lived in the Annex) was an aspect of a class system that segregated labour from business and professional elites. But such ghettoes also nurtured a sense of community identity and safety in numbers necessary when confronting systemic discrimination.

In April 1905, the Fernie District Ledger in an article titled Not for Canadians reported: Canadians in Fernie would be from $35,000 to $40,000 richer after each payday. The post office sends out in money orders over $18,000 a month, and more than that amount is sent through the bank to foreign parts….. The bulk of the money sent away from Fernie goes to Italy.

The very industriousness of Italian immigrants and commitment to families back home was used to suggest that they were not good Canadians. Family reunification, which surged in the period 1901 to 1911, would ensure that more money was spent in Fernie. 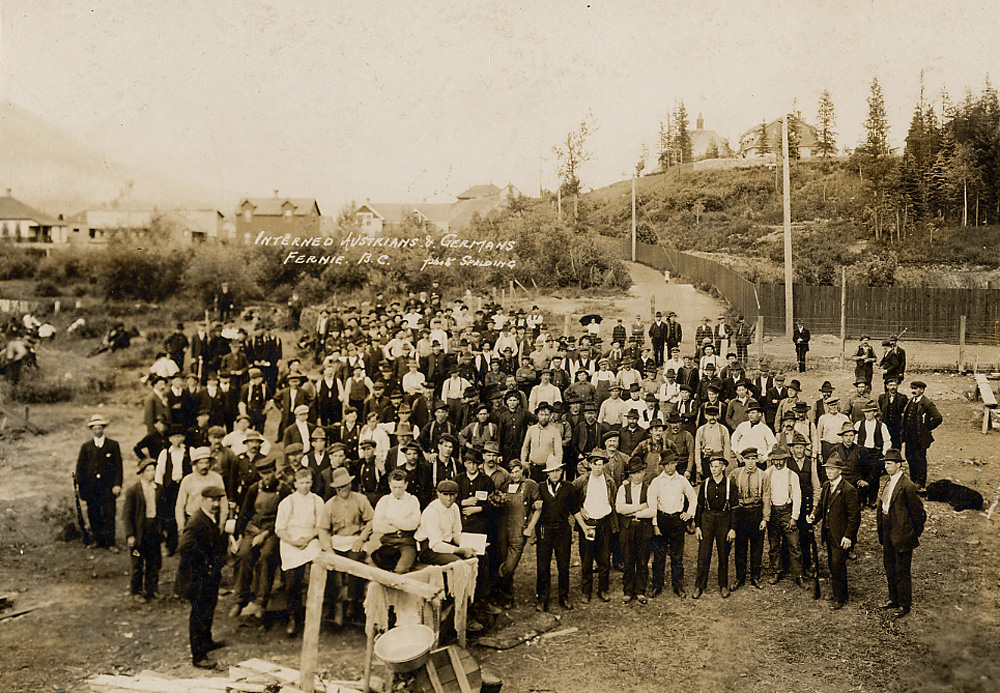 Interned Austrians, Germans, Czechs, Slovaks and Poles (most of whom were actually Ukrainians) in Fernie, June 1915. They were interned at Morrissey from 1915 to 1918.At least one Italian, Giovanbattista Partenio was threatened with internment by police and his passport destroyed after he was observed flirting with local women.