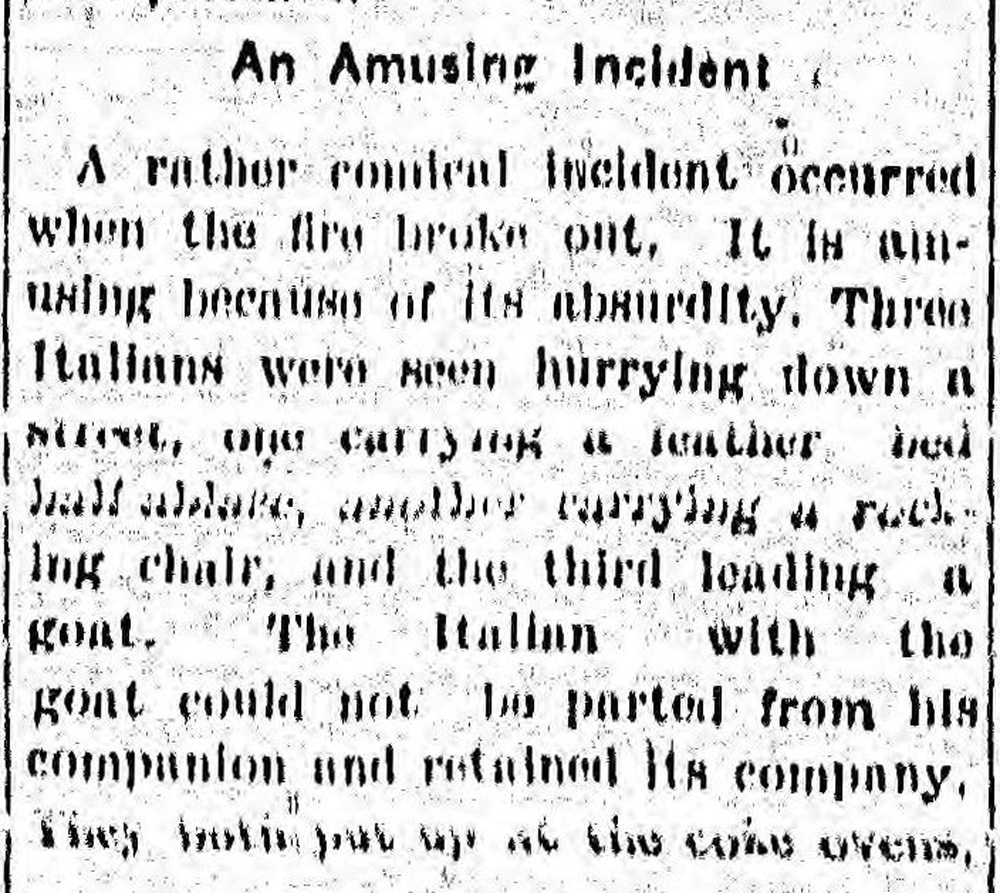 Italians as other foreigners were viewed as simple-minded figures of fun as is evidenced by an article titled “An Amusing Incident” that appeared in the District Ledger (August 8, 1908). Italians were seen carrying a feather bed, a rocking chair and leading a goat to escape the Fernie Great Fire.