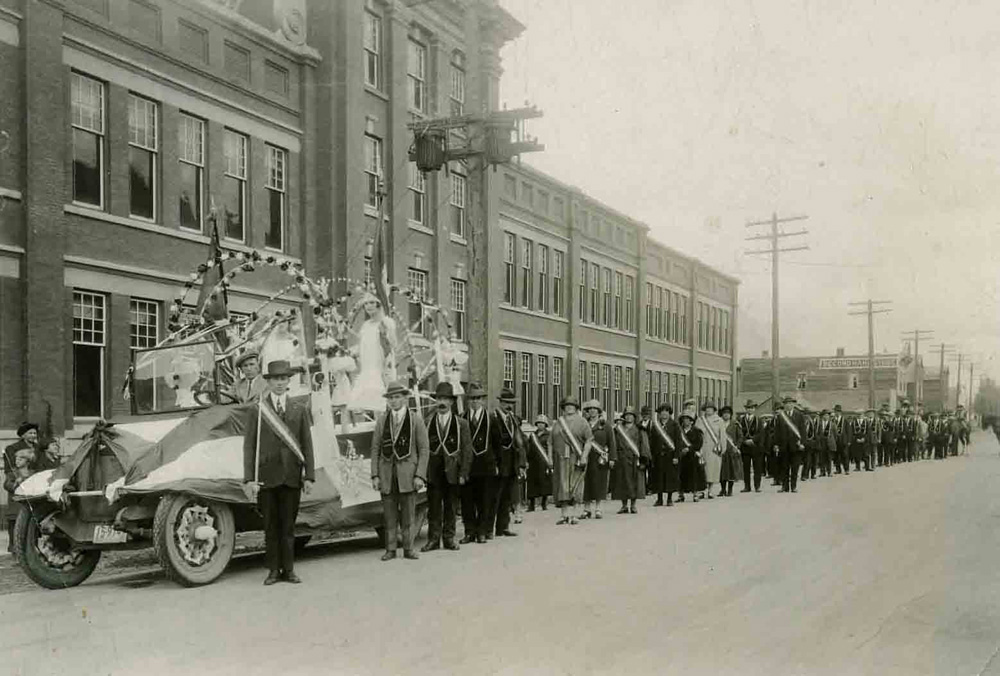 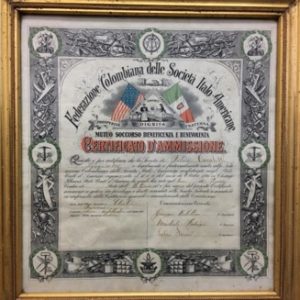 The first Italian men’s society in Fernie was a branch of the Federazione Columbiana della Societa Italo Americane, established in 1893 in Chicago, Illinois. The Fernie Branch, the Societa Felice Cavalotti, Loggia No. 146, incorporated in 1913.

North American Italian fraternal societies were based on Italian models perhaps the earliest of which was the Associazione Operaia di Mutuo Soccorso Giuseppe Garibaldi di Macerata (Association of Workers for Mutual Support), established in 1862.

As early as May 1905, Fernie had “an Italian Labor Circle,” which supported local miners. It was incorporated as the Societa Felice Cavalotti, Loggia No. 146 on September 9, 1913 under the Federazione Colombiana della Societa Italo-Americane (Colombian Federation of the Italo-American Society), established in 1893 in Chicago. 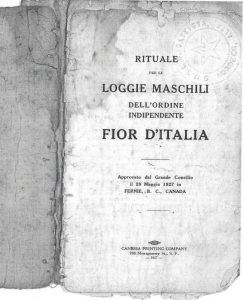 Italian Society, Ordine Indipendente Fior D’Italia (Independent Order Flower of Italy) booklet, Fernie, BC. The 1927 date is important and indicates the shift from an American branch organization to an independent Canadian organization based in Fernie.

Eventually, BC and Alberta lodges separated from this parent organization and set up the Ordine Indipende Fior d’Italia (Independent Order Flower of Italy). The Fernie Grand Lodge was allied with other lodges from the Elk Valley to Lethbridge, Alberta. Members paid dues to access benefits and families were given $100 in case of death. 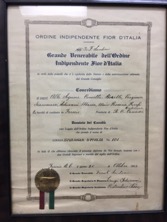 The establishment of a lodge acknowledged that women had become a prominent part of Fernie’s Italian community. The lodge’s name – Speranza d’Italia (Hope of Italy) – suggests the elevated position that women had come to hold in Italian Society. 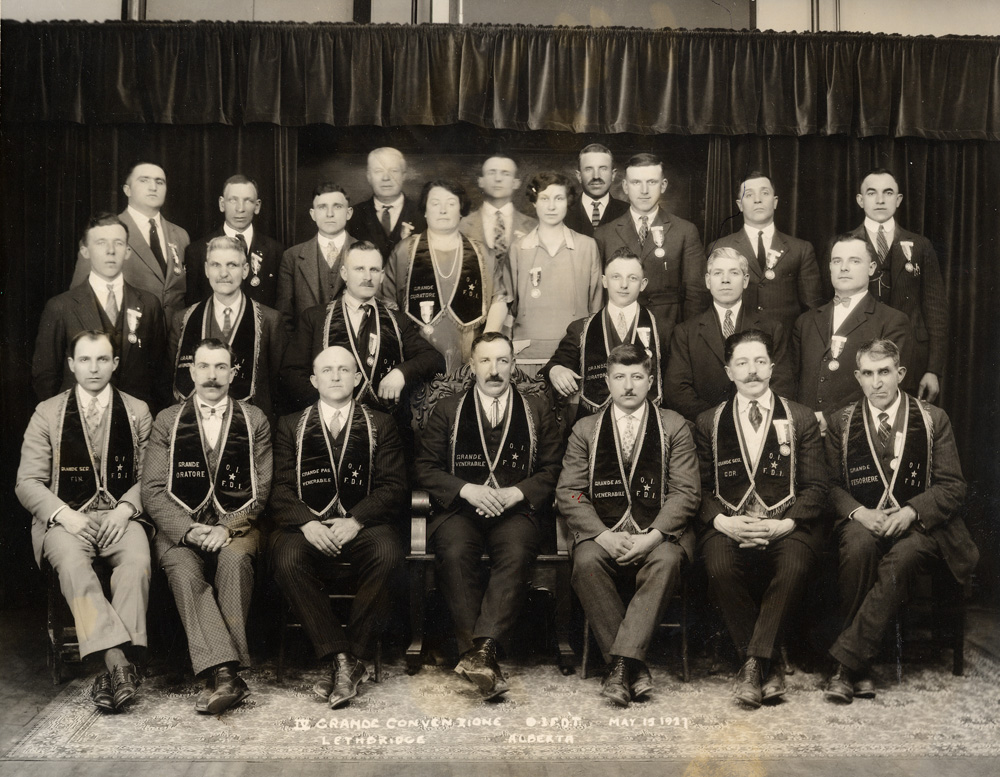 Fernie members of the Ordine Indipendenti Fiori d’Italia at a convention in Lethbridge, Alberta. Constantino Picco is seated in front row, second from right, May 15, 1927