The District Ledger described an attack by “two Italians” on a Mr. Cameron (February 8, 1908). This was likely the beginning of the series of events attributed to the Black Hand Society) in Fernie. 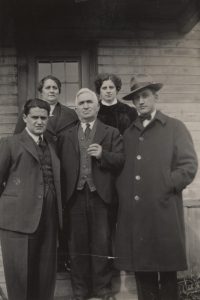 Alessandro (Al) Rizzuto, nicknamed “The Count” (centre) was a prominent Fernie merchant. In 1904, he and brother Angelo leased the Roma Hotel from Philip Carosella. They also purchased the Fernie Livery Stable with a partner (Mr. Crawford).

In 1908, Fernie Italians experienced a kind of witch hunt at the centre of which was the Black Hand Society — Mano Nera. The term was coined by an American journalist to describe a criminal organization brought to the US by Italian immigrants in the 1880s.

The District Ledger (June 27, 1908) in “The Black Hand in Fernie” reported the arrest of armed members of an Italian secret society that had sent extortion letters to prominent businessmen Tom Whelan, Philip Carosella and Al Rizzuto.

Notions of Italian organized crime were picked up by the eastern Canadian media. On June 27, 1908, the Fernie District Ledger reported the arrest of armed members of an Italian secret society that had sent extortion letters to prominent businessmen Tom Whelan, Philip Carosella, and Al Rizzuto. In August, Cranbrook Herald reports of rumours that the Black Hand had set the Fernie Great Fire were quickly refuted by Mayor W. W. Tuttle.

The District Ledger reported on September 26, 1908 that the Black Hand accused had been found guilty.

The would-be criminals were incredibly inept; some escaped from prison but were quickly re-arrested. On September 27, 1908, at a trial at the Fernie Court House the following Spokane men were found guilty of setting up the Black Hand Society and of conspiracy: Domenic Marzino, Annunziato Santoro, Stephen Bruno, Frank Albanesse, Joseph Ferraro, Frank Rocco, S. G. Barolo, F. Rocco, G. S. Bartolo, Jasper Jacino, and Antonio Batali. Sentences ranged from six months to seven years. A local witness, Antonio Lento, claimed the accused threatened to injure him if he did not join the society. On June 10, 1909, the Fernie Free Press reported that a Joseph Raniera was arrested for attempting to extort money from Carosella and Rizzuto, found guilty, and sentenced to 14 years in prison. 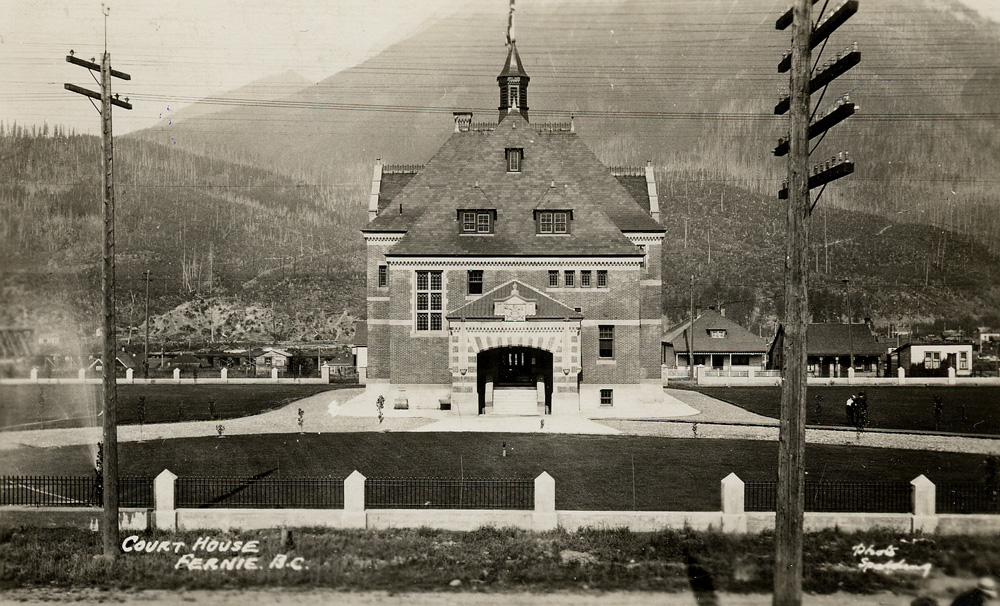 The “Black Hand Society” cases were held at the Fernie Courthouse with Judge Wilson presiding. Sherwood Herchmer, a prominent Fernie lawyer, acted as defence counsel. The case received considerable attention in the media of the day.

The Foreign Element Italians and Prohibition