The sudden explosion of the electric car market in the mid-2000s and 2010s can be directly traced to the success of the lithium-ion battery. First invented in the 1970s, but not common commercially until the late 1990s, lithium batteries were the “miracle battery” that inventors (including Thomas Edison) had been searching for in the 1920s; energy-dense, relatively light, and long-lasting. This new generation of batteries, combined with the computer controls and lightweight materials developed for the 1990s mandate cars, led to a huge perfusion of hybrids, plug-in hybrids, and pure electrics on the car market. 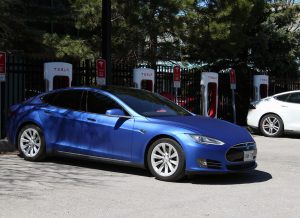 Over the course of the past two decades, electric cars and charging stations have gone from being rarities on Canadian roads to part of the normal commute. A Tesla Model S in Toronto, 2017.

The trigger for this new boom was the 2008 commercial release of the first Tesla roadsters, around the world and in Canada. Often selling for more than $80,000 U.S., they were specialty cars for the wealthy, and not mass-market vehicles. Still, as their lithium-ion batteries made them capable of speeds and ranges comparable to commercial gasoline cars, they prompted many major auto manufacturers to reconsider the commercial viability of electrics.

By 2011 dozens of electric vehicles with lithium batteries were being sold worldwide, and the market was growing exponentially. There was enough demand for electrics that, for the first time since the 1920s, smaller electric car manufacturers began to find a foothold as well.

In Canada, startups such as Toronto’s ZENN Motor Company began producing small ranges of commercial electrics, and industrial concerns such as Canadian Electric Vehicles Ltd. of Errington, B.C., thrived thanks to the dropping cost of electric motors and batteries. Large auto-parts suppliers, such as Magna International of Aurora, Ont., saw their production shift from engines and gas tanks to computer control systems and batteries. 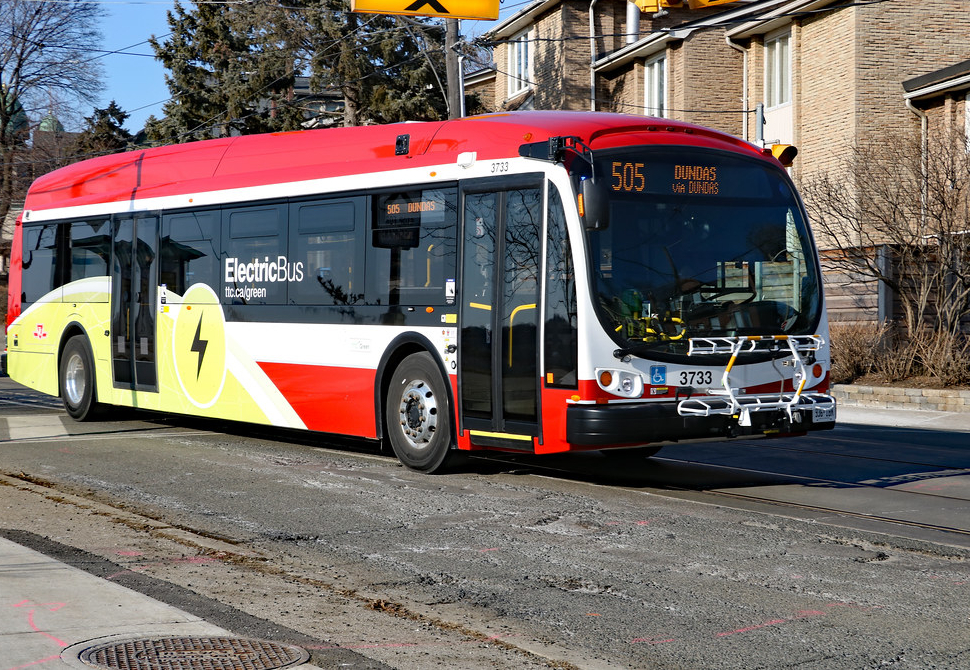 A City of Toronto electric bus, 2020. The cities of Toronto, Vancouver, and Ottawa all committed to adopting all-electric or all-hybrid bus fleets within the next decade.

Between 2010 and 2020, the number of electric vehicles worldwide increased tenfold. Electrics are now an important part of the auto market, and an important tool for reducing pollution and emissions worldwide.

How Green is Green?

For all that electrics are frequently marketed as environmentally friendly and pollution-free, the growth of the electric market worldwide has raised new and unexpected pollution and emissions concerns. For one thing, electrics place a greater strain on electrical supplies and generation systems. The strain can shift the environmental impacts of driving from consumers on to a nation’s electrical grid, a particular concern for countries that use oil or coal-based power systems. As in the early 20th century, the pollution from electrics can often be out of sight, out of mind. 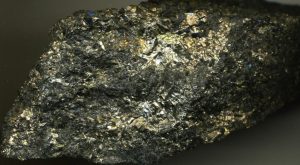 Canadian-mined nickel ore, a vital component in battery technology. Extracting nickel can cause the release of a huge range of environmental toxins.

New battery technology also causes surprising environmental impacts. While lithium-ion batteries can be recycled, the technology to do so is often expensive or difficult to access; once used, this green technology often ends up in the landfill. The lithium in the batteries (and other materials, such as nickel and cadmium) is a non-renewable resource, which needs to be mined or extracted from the earth.

The situation in the world’s largest and purest lithium source, the Atacama salt flats in Chile, represents many of the environmental issues that have worsened as a result of the new demand for batteries. Much of the lithium in the flats has to be extracted and purified with the use of fresh water, damaging the local drinking water supply and creating huge pools of metal-tainted wastewater. The area is also a unique habitat for a huge range of wildlife, a habitat that is being damaged by expanding mining efforts. 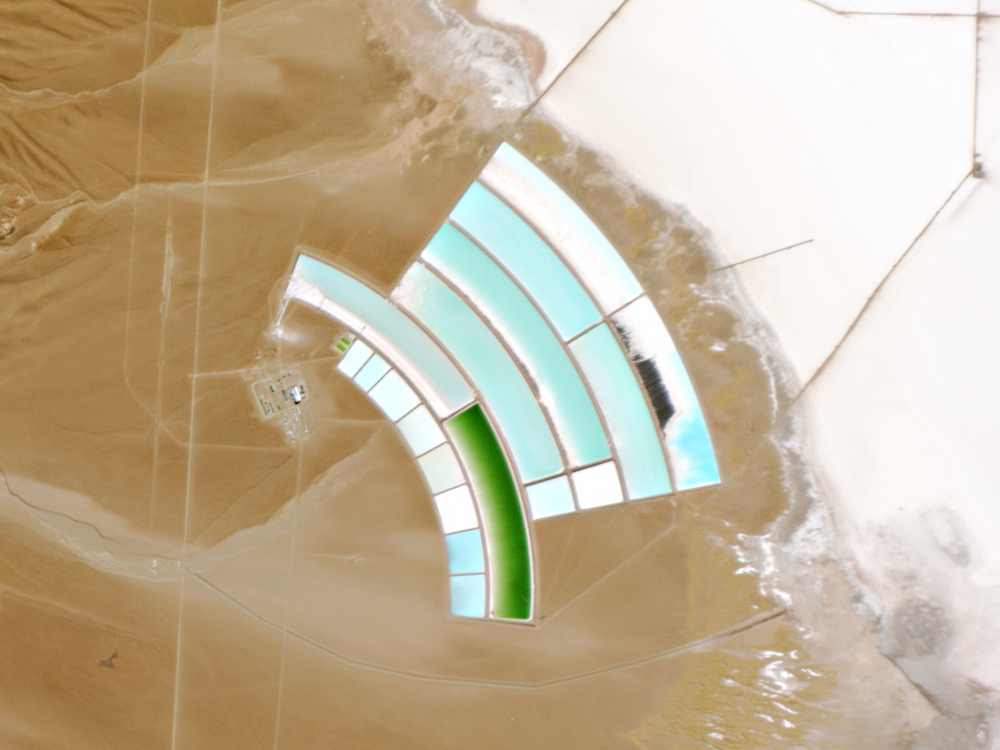 Satellite view of a lithium mine in Argentina. Much of the world’s lithium supply comes from surface mines in salt flats like these.

Electric car technology is unquestionably vital for the future of human transportation, but its true costs and impact are still being explored. As we move forward, balancing these impacts will be vital.