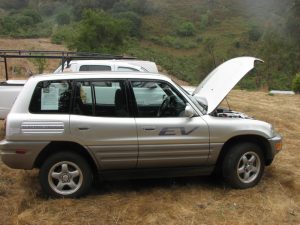 The 1998 electric car mandate did not change the face of the auto industry overnight, and indeed it was largely legislated out of existence before it could take effect. Many of the automakers did release electrics, from Chrysler’s boxy TEVan to Toyota’s electric conversion of their RAV4, but only in small numbers and with little success.

One of several Emmy award-nominated commercials for the GM EV1 electric concept, 1996 (Captions available in both English and French). View this video with an English transcript.

After nearly a decade in development, General Motors’ Impact concept was released as the EV1, to considerable fanfare. The cars were said to be fun to drive and high-performance, though their range suffered considerably in cold weather. The company did not make back anything close to the billion dollars it had invested in the program. The cars had been leased, instead of sold, to owners, and in 2003 the 1,000 or so that had been built were recalled and destroyed. The failure of the EV1 stuck in the public consciousness, largely thanks to Chris Paine’s popular 2006 documentary, Who Killed the Electric Car?

Canada and the Electric’s Chilly Relationship

Canadian drivers and roads were directly involved in the Californian vehicle mandate. Several car manufacturers sent their vehicles to Canada to be road-tested, and all realized the most serious limiting factor for the adoption of electrics in the north: temperature. At the heart of all batteries is a chemical reaction that produces energy. Reducing the temperature of the chemicals in the reaction slows the reaction down, causing it to produce less energy. A battery electric operating in cold weather will not necessarily be any slower, but it will have noticeably less range. 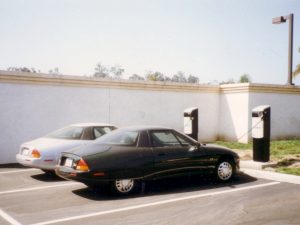 The GM EV1 in its natural habitat – basking in warm California sun. The vehicle had been designed from the ground up for maximum range in warm weather, which didn’t help it in winter trials.

For the EVs of the 1990s, which were still grappling with the range problem, this was an insurmountable obstacle. GM EV1s, for instance, had been designed and built for warm Californian weather. When tested in the northern United States and southern Canada during the winters, they lost at least a quarter of their range simply from exposure to cold.

The problem was made worse by another heating issue: keeping the passengers warm. A gasoline car, with a large engine block combusting fuel, produces plenty of spare heat to keep its passengers comfortable in cold weather. An electric’s engines and batteries produce waste heat, but only a tiny fraction of the amount produced by combustion. Including heaters to keep passengers warm consumed a huge amount of power, limiting the car’s range even further.

Even tires were affected by cold. Many EVs had to be made with specially composed softer tires that responded well to the great weight of the vehicle, and were low-friction to reduce wasted electricity. Not only were these specialty tires poor in snow and slippery conditions, but they also hardened up in the cold, slowing the vehicle and wasting power. 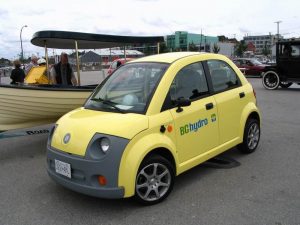 By the early 2000s nearly all of the vehicles developed in direct response to the mandate were out of production, and the second wave of electric vehicles had fizzled out. Still, the mandate had made many smaller manufacturers realize that there was a market for electrics, and that the technology was advancing.

Nissan’s entry into the mandate, the Altra, was the first to use the relatively new technology of lithium-ion batteries, which promised to finally solve the “battery problem.” Regenerative braking, where an electric’s motors deliver power back into the batteries while it is slowing down, was shown to be vital to extending their range. New developments had been made in power control, streamlining, and even the computerization of cars. All of the tools were in place for a new generation of powerful and effective electrics; they just were not yet being manufactured. 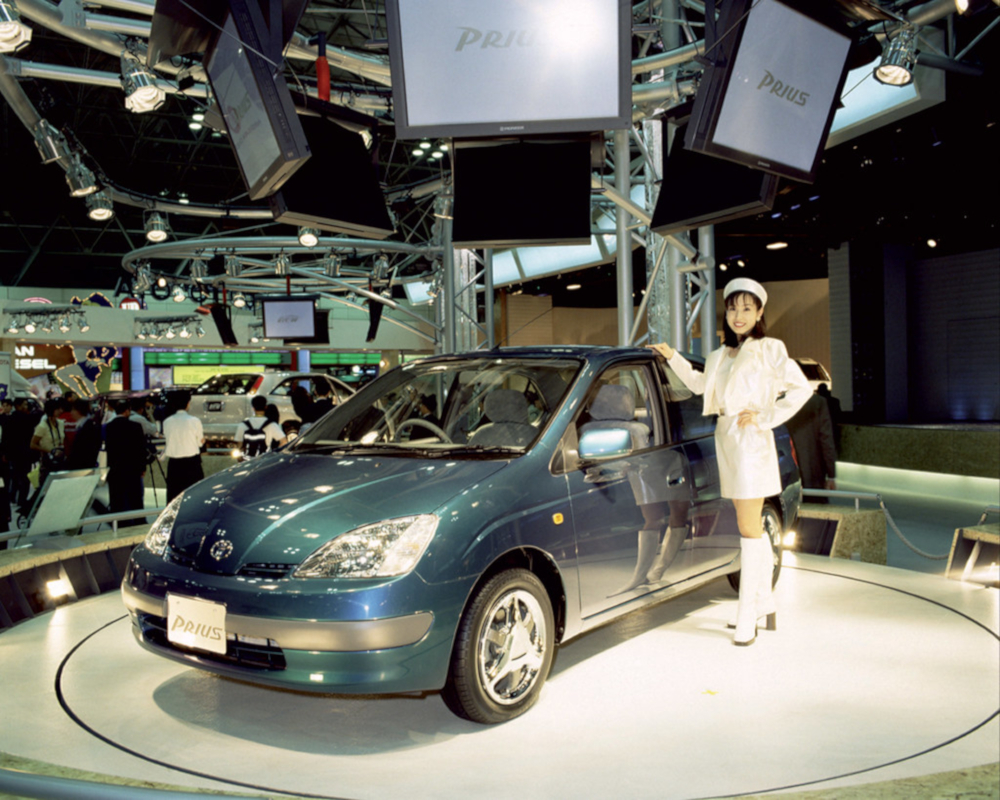 The first-generation Toyota Prius, the world’s first commercial hybrid electric, at a Japanese auto show in 1997.

One of Toyota’s mandate side-projects, a hybrid electric car, would go on sale in Japan as the Prius in 1997. The world’s first mass-produced modern hybrid, it would, after its North American launch in 2000, go on to become extremely popular and start an industry trend for lower-cost hybrid cars. Priuses, and jokes at the expense of their owners, would feature heavily in pop-culture hits such as Family Guy and South Park, cementing the reputation of the hybrid as the car of eco-friendly but pretentious drivers everywhere. 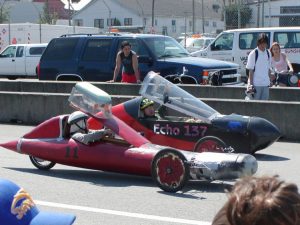 Many of the personnel who had worked on the EV1 and other electric concepts went on to found their own companies, developing conversion electric cars, kit vehicles for home construction, or even new vehicles built totally from scratch. The most successful of these electric car startups was a company that has become a household name: Tesla Motors.

Ken Norwick of Calgary, Alberta, converted a Saturn sedan into one of Canada’s first modern street-legal electric cars in 2002, and spoke to a local news station about the vehicle in 2003. (Captions available in both English and French). View this video with an English transcript.